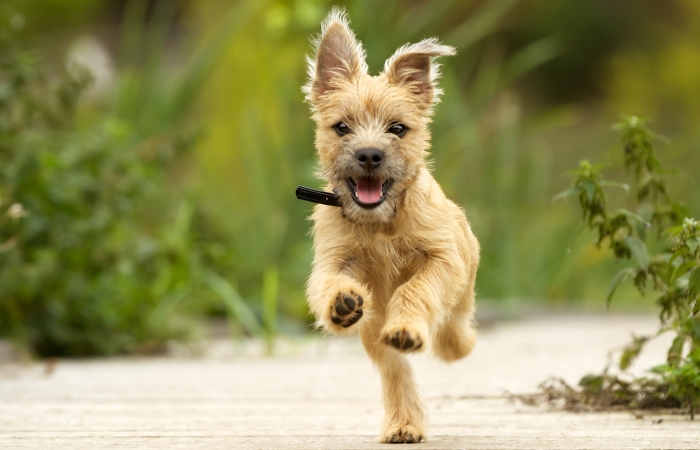 Why Do Dogs Get the Zoomies? 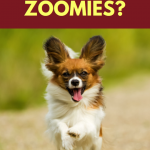 If you’ve ever bathed a dog chances are you’ve seen the zoomies. It’s that frantic, running around the house at full speed craziness that happens as soon as dogs get out of the bath.

Have you ever looked at your dog as he’s running around like a mad man and wondered what the heck is going on? Today we’ll take a quick look at why dogs get the zoomies.

Why Do Dogs Get the Zoomies?

So what exactly are the zoomies? Zoomies are a sudden release of energy in dogs. You’ve probably seen it after your dog gets out the bath — that frantic yet euphoric looking dash they make around the house.

It’s a common behavior (especially in young dogs), and it’s simply a way for dogs to release pent up energy. Any dog can get the zoomies, but they’re most commonly seen after a bath, during play, and late at night.

Zoomies are Common in Young Dogs

If you have a young dog the zoomies are quite common and generally nothing to be concerned about. Zoomies are a quick way for our dogs to release extra energy. And although they’re more common in young dogs, older dogs get them too – especially when engaging in play. As dogs mature those sudden bursts of energy tend to happen less frequently.

While these outbursts are common they might indicate that you dog isn’t getting enough exercise. When Laika was an adolescent she’d often get them before bed, and I took it as a sign that I hadn’t quite exercised her enough that day.

If your dog gets the zoomies often try giving them some more mental & physical exercise. Just adding a few quick mentally stimulating games to their daily routine can have a huge impact. For my dog, a 5 minute nose work game such as ‘find the treats’ is just as tiring as a 30 minute walk.

Many Dogs Get the Zoomies After a Bath

Does your dog go crazy after a bath? If so you’re certainly not alone. Something mysterious happens to dogs after a bath – they go nuts. Running around the house, jumping up on furniture, zipping from room to room. Most dog owners are quite familiar with the post bath zoomies.

Dogs Often Get the Zoomies When Playing

Dogs can get pretty excited when playing, and it’s common for them to get the zoomies. (excited dogs also have a tendency to hump due to over stimulation)

When Laika plays with other dogs she almost always gets the zoomies – running around the yard, tongue out, looking happy as can be. There’s something endearing about a dog’s willingness to get silly, and it’s something I never tire of seeing.

Should I Be Worried About Zoomies?

Generally speaking, dog zoomies aren’t anything to worry about. It’s a normal dog behavior designed to burn off extra energy, and one that almost all dogs exhibit from time to time.

How to Reduce Your Dog’s Zoomies

Some dogs (especially young working type dogs) have a ton of excess energy to burn, and if they’re not kept physically and mentally stimulated they can end up with some destructive behaviors, including zoomies.

In those cases it’s always a good idea to add some more mental stimulation and physical activities into your dog’s daily routine. Something as simple as a quick 5 minute game of tug, some nose work games, or using a flirt pole out in the yard can help them burn off all that extra energy.

Does Your Dog Get the Zoomies?

Laika still gets the zoomies at night from time to time, and I usually just attribute it to a “not enough exercise” sort of day. Luckily our home layout is pretty open so she doesn’t create too much chaos.

Does your dog get the zoomies? What sorts of things trigger zoomies in your dog? Does your dog run around like crazy after a bath?

How Boredom Caused My Dog to Hide Her Toys
Why Do Dogs Have Belly Buttons?
Why Do Dogs Have Spotted Tongues?
5 Ways to Help a Dog That Limps at Night
484 shares
« Roundup 43 – Favorite Dog Stories, Deals & Videos of the Week
What You Need to Know About Ear Cropping »