You are here: Home / Why Do Dogs / Why Do Female Dogs Hump? 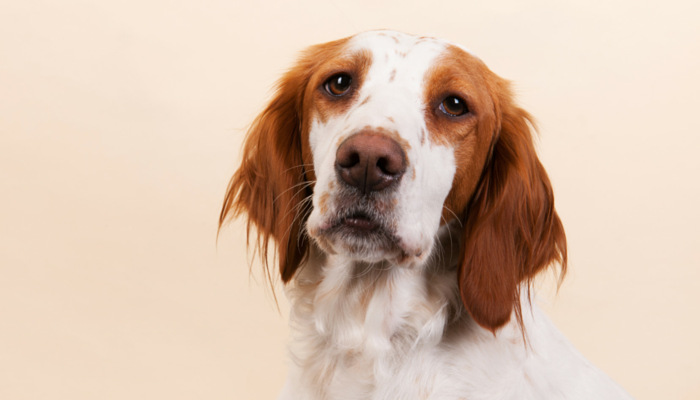 Why Do Female Dogs Hump?

Some dogs will hump anything — the air, pillows, blankets, their favorite stuffed animal, humans, and every dog in sight. And it’s slightly embarrassing when your dog mounts the neighbor or that teddy bear in the middle of the room while you’ve got company over.

And it’s not just male dogs getting in on the action; female dogs hump as well.

Growing up with male dogs I was used to them humping, and I always assumed it was just a ‘boys will be boys’ thing. But a couple of years ago my female dog jumped up on my leg & started humping. To say I was shocked is a bit of an understatement. I found myself wondering ‘Why do female dogs hump?’ so I decided to find out for myself.

Humping in Female Dogs Can Have Multiple Motivations

If you have a male dog that hasn’t been neutered there’s a good chance his humping might be all about reproduction. But as easy as that explanation is, it doesn’t explain the humping done by those who have been neutered and female dogs.

Growing up we had a Lab that mounted a certain relative every single time she came to visit. After distracting him and getting him to settle down we’d tease her and say “Oh, he really likes you.” As a child I assumed it was just my dog being a pervert; but when Laika mounted my leg during a training session I was in shock. I’d always assumed humping was just a male dog thing.

Mounting can be quite embarrassing for us dog owners and we do our best to explain the behavior. But the truth is female humping is something we’re only beginning to understand.

Humping in Dogs Is Not Always About Reproduction

What we do know is that humping in dogs is not just about reproduction, nor is it the sign of a dominant dog. Humping is seen in dogs of both sexes whether they’re fixed or not, and for dogs it’s a completely normal behavior. Humping is classified as a non specific arousal in dogs, and it can be triggered by multiple situations or stressors.

Mounting behavior is seen in puppies as young as 6 weeks old — and although it tends to appear more in males a lot of females mount as well. And just as tail wagging doesn’t always indicate a happy dog, when it comes to humping there’s multiple reasons behind the behavior. 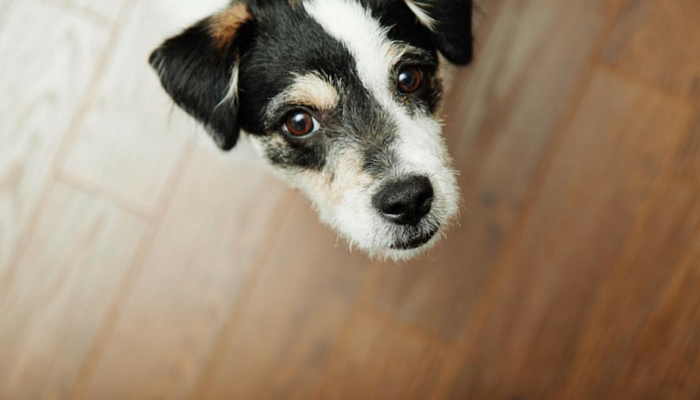 Female dogs can hump out of excitement, stress, boredom, anxiety or frustration.

Why Do Female Dogs Hump?

So why do female dogs hump anyway? Canine cognitive science has come a long way over the past few decades, but we’re still left making a lot of generalizations. Female dogs exhibit humping behavior during play, times of stress, when they’re excited, out of boredom, for attention, and out of frustration – it’s a behavior that varies based on context.

Humping in female dogs is considered an arousal response, and it can be triggered by different situations. Female dogs hump out of excitement, over arousal, stress, play and frustration.

Unlike most other mammals, neutered male and to a lesser extent, neutered female dogs will continue to mount other dogs. Quite common and quite normal. In fact, neutered male dogs tend to mount more than intact males, presumably due to a lack of discriminatory experience. – Dr. Ian Dunbar, Humping is Normal, Yet Rude and Lewd 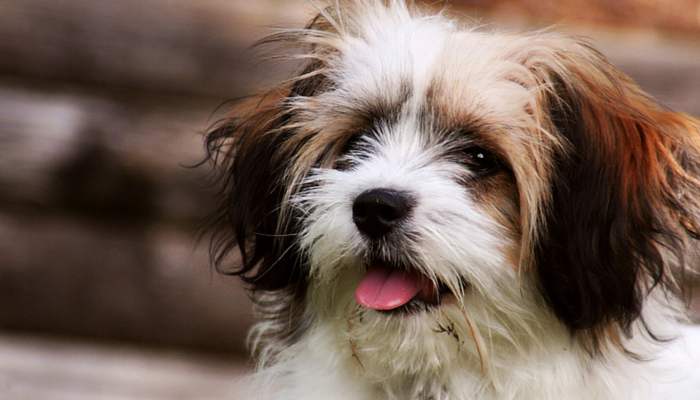 Humping in dogs can occur during times of play, stress, anxiety, excitement, boredom or frustration.

Humping In Dogs Is Often Triggered By Excitement

Over excitement can bring out mounting behaviors in any dog, females included. It’s not uncommon to see humping at the dog park or doggie daycare; places where there’s a good chance of dogs becoming over stimulated. When dogs get over excited their energy has to go somewhere. Some dogs get the zoomies, while others start to hump.

Humping in dogs can be seen in a number of environments, and the target of the humping is widely varied. Some dogs become over excited during play sessions and start humping their owners legs, while others tend to only mount other dogs.

For some dogs having visitors over causes over arousal, and for others it’s a trip to the dog park. At it’s core humping in dogs (for both males and females) is a non specific arousal response. And if it happens often enough it becomes a habit that can be pretty hard to break.

For dogs, mounting is a well-known displacement behavior, associated with emotional conflict or anxiety. If a new person or dog drops by the house, a nervous Nancy could quickly become a nervous humper. – Julie Hecht MSc, Why Do Dogs Hump? 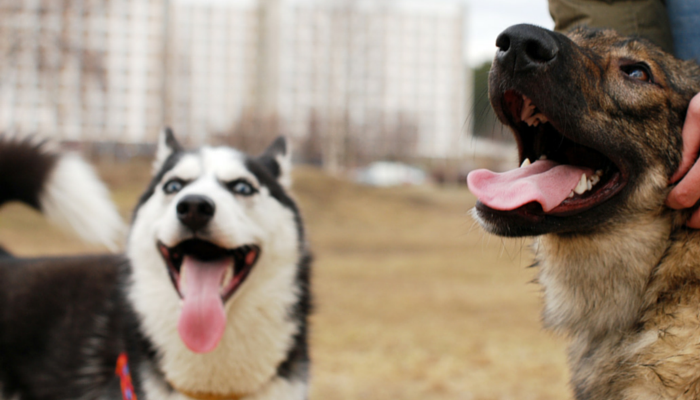 Many dogs that hump are doing so out of over stimulation & excitement.

Frustration & Stress Can Cause Humping in Dogs

Like humans dogs display a wide variety of behaviors when they get stressed out. Some dogs sulk, some hide, some lick themselves repeatedly and some dogs turn to humping.

It’s not uncommon to see dogs that are stressed out during a training session start to mount as a quick way to relieve stress. And although it’s not common humping in dogs can turn into a compulsive behavior.

If your dogs mounting behavior is compulsive or causing problems with other dogs there are some ways to redirect that behavior through obedience training, desensitization and preventative measures.

Mounting could also be what ethologists call a displacement behavior, meaning that it’s a byproduct of conflicted emotions. For some dogs a new visitor to the house could elicit a mixture of excitement and stress that could make for a humping dog. – Marc Bekoff Ph.D., Why Dogs Hump 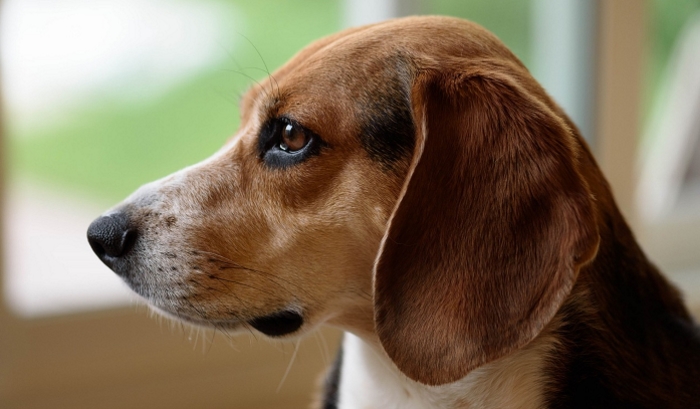 Humping is one way dogs can release pent up stress, anxiety or frustration.

Humping in Dogs Is Not a Sign of Dominance

When dogs have been studied the mounting behavior appears quite often amidst play behaviors and excitement, especially among female dogs. It has not been found to be related to aggression or submission signals. Dogs that exhibit friendly behaviors towards one another such as muzzle licking are also the ones commonly found to be mounting.

Mounting could be part of a suite of behaviors associated with aggression, such as high posture, resource guarding, direct stares, and threats and standing over. But mounting, by itself, doesn’t indicate a status issue. By itself, mounting might not mean a lot. – Peter Borchelt, PhD, and CertifiedApplied Animal Behaviorist (CAAB), H*mping 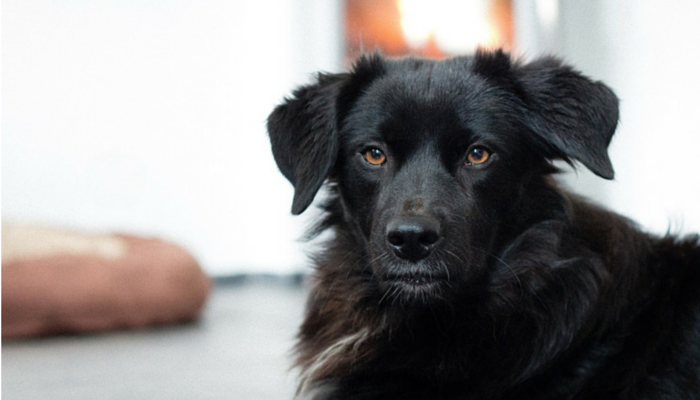 Despite popular myth there’s been no scientific link found between humping & dominance.

When it comes to figuring out why female dogs hump it’s important to understand the context in which your dog starts the behavior. In general humping in dogs is an arousal response that can be triggered by:

Any variation of the above can explain why dogs hump when it’s not in relation to reproduction. If your female dog is humping think about what preceded it. The context of the situation needs to be taken into consideration since the humping behavior itself is only a sign of general arousal.

There isn’t one single explanation for why dogs hump; and until dogs can tell us exactly what’s on their mind we’ll have to take it in context. Humping is normal dog behavior, despite being quite embarrassing for some dog owners. It might just mean “I want to play,” or it might be caused by stress — it varies by situation.

So why do female dogs hump? They hump for the same reason males do; it’s a general arousal response. Deciphering all the reasons behind that arousal is another question we haven’t quite figured out.

Is it OK To Let My Dog Hump?

Although humping is normal dog behavior, it can become a habit that’s hard for dogs to break out of.

The best way to stop your dog from humping is by distracting them and redirecting their behavior onto something else.

For example, if your dog gets really excited when guests come over and has a tendency to hump give them a yummy treat or play a quick game of fetch to focus on instead so they can relieve that pent up energy.

Same thing for taking your dog out to play with other dogs; not all dogs are going to react kindly to being mounted, so it’s best to prevent the behavior before it happens. Easier said than done, I know, but over time praising your dog for engaging in a more desirable behavior will encourage better manners.

Check out out the Rest of Our “Why Do Dogs” Series: