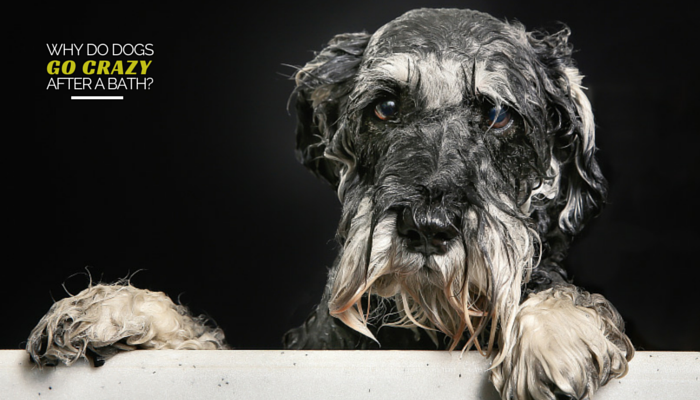 Why Do Dogs Go Crazy After a Bath?

Does your dog go crazy after a bath? If so you’re certainly not alone.

I’ve yet to find a dog owner that hasn’t experienced their dog frantically running and rolling around right after bath time. What is it about those moments after a bath that make our dogs go crazy? Why do dogs go crazy and get the zoomies after a bath?

Why Do Dogs Go Crazy After a Bath?

You know what I’m taking about; we’ve all witnessed that canine post bath craziness first hand. It’s that excitement our dogs get when they’re finally free of the bath. They seem to undergo some sort of temporary insanity as soon as they’re let loose. It’s usually pretty endearing; it always puts a smile on my face to see my dog experience such boundless joy.

Most dogs dislike the bath, and one of the main reasons why dogs go crazy afterwards is because they’re relieved that it’s all over. After a bath our dogs go nuts because it’s a quick way for them to release pent up energy.

But relief isn’t the only reason dogs go nuts after a bath. The most common reasons for why dogs go crazy after a bath are:

Dogs Are Showing Relief That The Bath Is Over

Even if your have a water loving Lab chances are he’s not too fond of bath time. There’s something about bath time that makes most dogs pout. My dog Laika loves lakes, rivers, creeks, mud, and the sprinkler — she loves the water except when it comes to getting a bath. I make it as easy and calming as possible for her and yet she still gives me the sad puppy dog eyes.

Many dogs feel restrained and stressed when being bathed. They may tolerate it but it’s not something they’re eager to do. When they’re finally able to jump out of that tub it’s as if they’re experiencing pure freedom. No longer held back by you (their evil shampoo wielding owner) they are free, and with that feeling comes excitement.

Imagine you’ve just done something you were terrified of – whether that’s sky diving or riding in that scary elevator at work that’s always breaking down – when you’re done you often feel a sense of adrenaline. It’s a rush of excitement — if you were able to conquer that then you can do anything.

Many people speculate dogs experience a similar level or excitement and exhilaration once they’re freed from the tub. It might be the pent up nervous energy or it might just be a sense of freedom. Whatever it is the end result is usually the same; no holds barred zoomies.

Dogs Try to Get Their Own Scent Back After a Bath

You may love the smell of your dog’s shampoo but chances are Fido might not be so keen on it. Dogs sense of smell is way better than ours -at least 10,000 times more acute than a humans.

After your dog is bathed they’re covered in a whole new scent — one they might not be happy with. Dogs love rolling in all sorts of gross stuff, and dogs certainly don’t mind smelling like dogs.

Dogs masking their scent with dirt, carcasses, and poop is natural, and it helped their ancestors sneak up on prey for thousands of years. It’s called scent rolling and it’s also served as a way for wolves to bring back information to the pack. It’s a simple way to tell everyone “hey, look where I’ve been” or “hey, check out this awesome gnarly thing I found and rolled around in.”

Rolling around and rubbing against everything in the house is a quick way for dogs to get some of their distinctive scent back after a bath. After all it took them a while to come up with such a unique scent, and you just undid all their hard work. I mean I know love the smell of Oatmeal shampoo more than dirt, but my dog strongly disagrees.

All That Zooming After a Bath Helps Dry Them Off

Unless you’re using a professional dryer chances are your dog’s still going to be damp after a bath, even after going through six or seven towels. And yes I’m sure like me you’ve been the victim of getting soaked by the dog shake many times. I think of that as their own form of justice, and I’m sure many times it’s well deserved.

When your dog is let loose after a bath you might observe him rolling around on the ground. It’s just another way for dogs to dry off. After my dog has a bath she’ll run around the house and start rubbing her body up against the furniture. She also does it after she comes in from the rain, and it’s just a way for her to help dry off.

Although dogs might be trying to dry after off I’ve never seen my dog get the zoomies after swimming outdoors.

Dogs Are Releasing Pent Up Energy After a Bath

Many dogs tolerate baths although they probably don’t love them. They do a pretty good job of trusting us and sitting still through the whole ordeal, though bath time stresses out many dogs.

If you’re placed in a stressful situation your mind doesn’t stop – you’re just waiting for it to be over. Your body might be wanting to flee and yet you’re having to tell your brain to stay; this can lead to a lot of pent up energy. Well our dogs do the same thing, and that helps explain why they go nuts after a bath.

Dogs have nervous energy that gets pent up as well, and bath time is a common trigger. And once that stressful bath is over you’ll see it being released. Once they’re finally free from the tub they often exhibit the “zoomies” or “FRAPS” (frenetic random activity periods). My dog starts zooming around as soon as she gets out of the bath, and it’s quite fun to see her getting all that energy out by running circles around the house.

Dogs love a good massage or petting – but most don’t enjoy bath time, even if they love the water. They love your attention but hate the tub – so what do they do?

My dog Laika not only gets a crazy case of zoomies after each bath, she also gets all giddy & excited. She’ll give me the play bow and bring me her favorite toy. All that excessive playful & hyper behavior does make me wonder if post bath time is perfect for releasing all that pent up energy.

Dogs May Have Water in Their Ears After a Bath

After coming in from the rain my dog Laika will often rub her head up against furniture or anything dry she can find. Because her ears are upright they have a tendency to get a lot of water in there. When it’s obviously bothering her I’ll take a dry towel and gently pat the inside of her ears.

Does Your Dog Go Crazy After a Bath?

Laika goes nuts after every bath, no matter how short and sweet we make it those post bath zoomies remain constant. There’s something so enjoyable seeing her whip around the house like a madman afterwards. Witnessing that amount of pure joy and excitement puts a smile on my face every time. 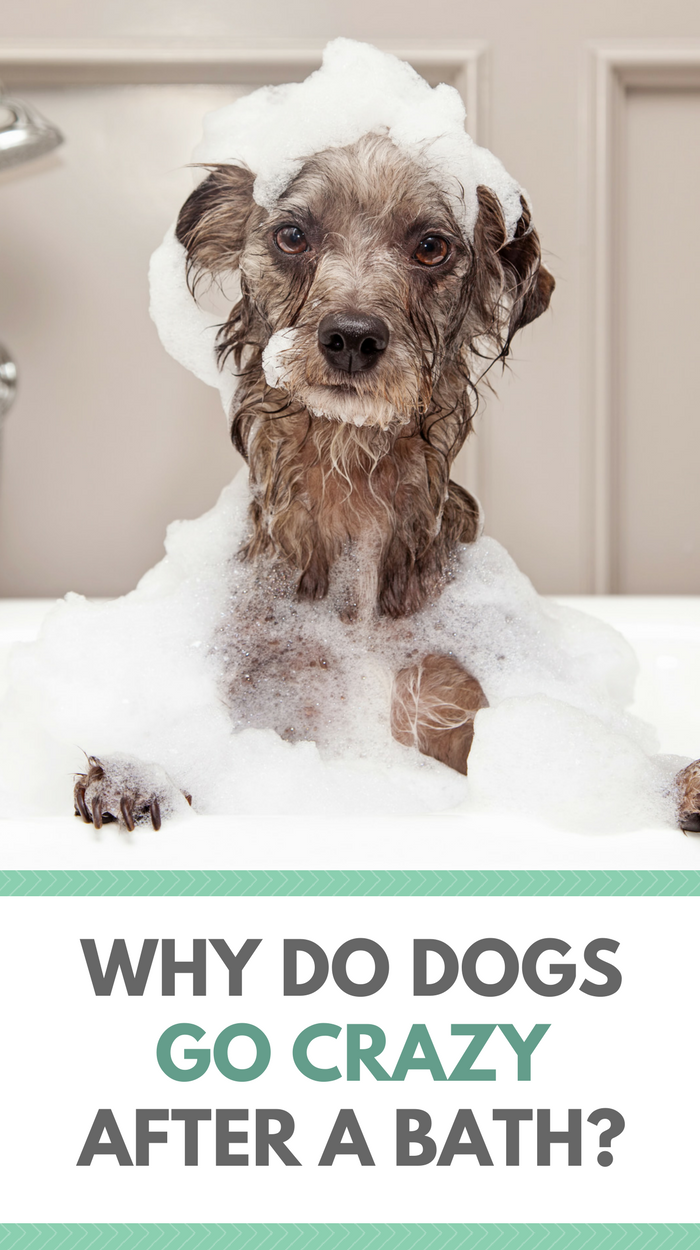 2208shares
« You Can Help Save A Great Dogs Life
Roundup: Loyalty and Commitment to Our Pets »