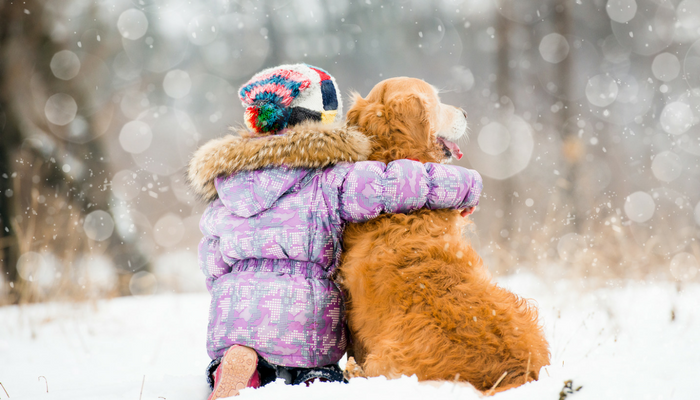 When you were a kid did you prefer your pets over siblings? If you answered yes you’re not alone. A recent study from the University of Cambridge found that children reported more satisfaction and less conflicts in their relationships with their pets compared to their siblings.

The study surveyed 12 year olds from 77 different families who had at least one pet and one sibling in the household. They used the Network of Relationships Inventory (NRI) to evaluate the relationships between the children & their pets. When evaluating the scores the researchers noted a few differences in gender and among those with different kinds of pets.

“While previous research has often found that boys report stronger relationships with their pets than girls do, we actually found the opposite. While boys and girls were equally satisfied with their pets, girls reported more disclosure, companionship, and conflict with their pet than did boys, perhaps indicating that girls may interact with their pets in more nuanced ways.’’ – Pets Are a Child’s Best Friend, Not Their Siblings

While this study is far from conclusive that all kids prefer their pets over their siblings, it does highlight the importance they place on the relationships they have with their pets.

Previous Research Has Found Benefits of Growing Up With Pets

This new study adds to the mounting evidence that having a pet in the home has a positive influence on childhood development.

Years ago Oregon State University psychologists found that teaching children to care for a puppy enhances social skills. And more recently researchers from the Bassett Medical Center in New York reported that having a dog in the home is associated with a decreased probability of developing childhood anxiety.

Previous studies have also shown that dogs increase empathy in children, reduce the likelihood of developing allergies, can help prevent childhood diabetes, and that dogs reduce stress in families with autistic children.

Do Dogs Have Good Night Vision?
Do Dogs Have Their Own Poop Compass?
Give Cancer The Paw - Remembering Sasha
332 shares
« Roundup 92: Favorite Dog Articles, Videos & Deals of the Week
How to Get Started With Clicker Training Your Dog »