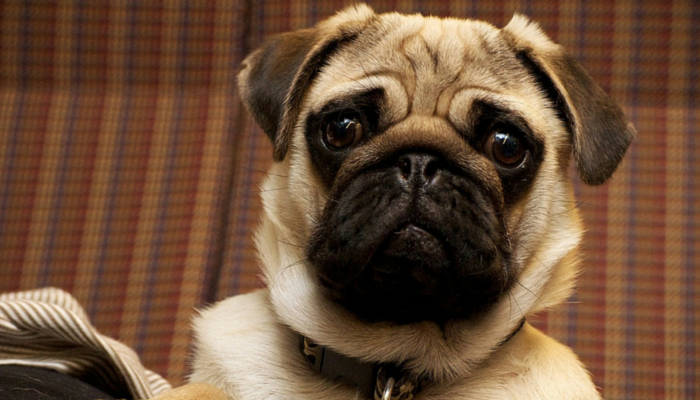 When it comes to canine cognitive science we’ve come a long way. More and more we’re seeing what dog owners have felt all along – our dogs do have complex feelings & emotions. A new study suggests that our dogs exhibit jealousy just like us.

New Research Suggests Jealousy In Dogs is Just Like Humans

It’s long been assumed that jealousy is unique to humans due to the complex cognitive processes involved in such an emotion. Some studies have suggested that in order to feel jealous you need to be able to assess the perceived rival’s threat in relation to ones self and ones relationship.

Others believe jealousy might have emerged as a sibling to parent conflict where dependent siblings have to compete for paternal resources.

Researchers have seen for years what appears to be jealousy in dogs, wolves, and coyotes. But this is the first study that was held in a controlled environment that’s trying to prove it.

Dog owners know their animals can experience a wide range of emotion. For years we’ve known that dogs exhibit behaviors that look like jealousy but it’s hard to find out what animals are really thinking. A new study has found that dogs do seem to exhibit jealous behaviors.

Researchers at Plos One released their findings today.

We found that dogs exhibited significantly more jealous behaviors (e.g., snapping, getting between the owner and object, pushing/touching the object/owner) when their owners displayed affectionate behaviors towards what appeared to be another dog as compared to nonsocial objects. These results lend support to the hypothesis that jealousy has some “primordial” form that exists in human infants and in at least one other social species besides humans. – Plos One: Jealousy in Dogs

How the Jealousy Test Was Performed

The jealousy test is the same one given to 6 month old infants by researchers at the University of California. 36 dogs were individually videotaped while their owners ignored them and gave their attention to one of three objects – a plastic jack-o-lantern, pop up book that makes noise, and an animated stuffed dog.

The dog owners were instructed to ignore their dog and interact with one of the objects and treat it as if it were a dog.

When the owner moved onto the jack-o-lantern half of the dogs pushed their owners and one third of them pushed the object.

For the pop up book less than one third of the dogs pushed their owner and ten percent pushed the book. More dogs barked at the book than the jack-o-lantern.

The Results of the Test

When this test is given to infants we’re able to observe not only a negative effect but also heightened interest in the mother while she is interacting with what appears to be another infant. Dogs in this study behaved in much the same way.

The dogs were much more likely to try to break up the interaction between the owner and stuffed dog than the jack-o-lantern or book. 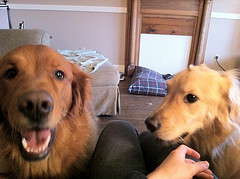 Jealous much? Credit via Brad Owens

In total, 41.7% of dogs snapped during or after their owner interacted with the stuffed dog. We found that these aggressive dogs did display many other jealous behaviors: All of them pushed at the owner and 86.7% pushed at the fake dog during the jealousy interaction. – Plos One: Jealousy in Dogs

How to Interpret the Results

If some of the dogs perceived the stuffed animal as real does it mean they have higher or lower cognitive function?

Were the dogs who didn’t think the stuffed dog was real unable to recognize the fact that it was a representation of a dog? Or perhaps they are more cognitively advanced because they weren’t fooled into believing it was real.

The study only included findings when the owner was with the dog. They failed to test how the dogs would react with just those objects alone.

The findings do however add additional support to the view that jealousy can arise in the absence of complex interpretations of the meaning of ones rival. The researchers hope that the study will inspire further research into the social emotions of animals.

The fact that most of the dogs were trying to push their owners away from the objects make it seem like they’re exhibiting something similar to human jealousy.

And If dogs can feel jealousy perhaps we’ve been underestimating them all along.

Do Dogs Have Morals? Research Points to Yes
Dogs Prefer Petting to Vocal Praise
Give Cancer The Paw - Remembering Sasha
249 shares
« Some Of Us Can’t Handle Euthanasia, And That’s OK
New Study Suggests Dog Owners Are Happier Than Cat Owners »