Why Do Dogs Have Belly Buttons?

Before writing this article I have to admit — I’d never give much though to my dogs belly button, let alone tried looking for it. I knew she had one, but I’d never noticed it or given it a second thought.

And then I got an e-mail from a reader asking me about belly buttons it and it got my mind wandering. Why do dogs have belly buttons anyways?

Why Do Dogs Have Belly Buttons?

Why do dogs have belly buttons? Dogs have belly buttons because they’re placental mammals. When puppies are developing inside their mother’s womb the nutrients and oxygen they need are passed from mother to baby via the umbilical cord. The umbilical cord is a flexible tube that provides the baby with food & oxygen, and it’s carries waste away from the baby back to the mother.

All mammals (excluding marsupials) develop inside their mother’s womb with this process. The belly button itself is just the scar leftover from where the umbilical cord was removed after birth.

The umbilical cord is a flexible tube that carries oxygen and nutrients from the mother to the baby. – Kids Health 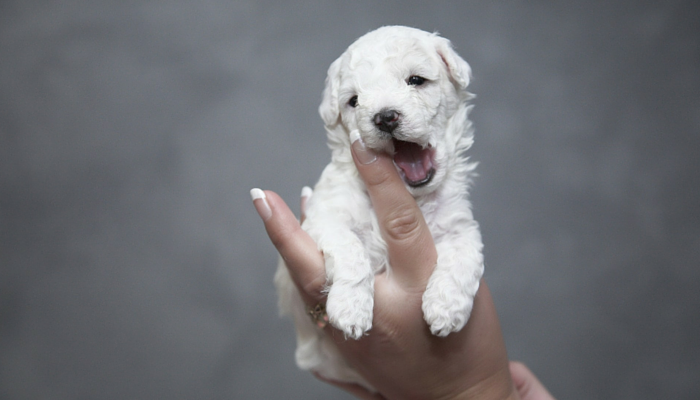 Belly Buttons Are Just a Scar

After puppies are born the mother will bite off & break the umbilical cord which leads to the formation of the belly button. In humans it’s often clamped & then cut, and the amount of cord left on a baby varies by practice.

Where Is a Dog’s Belly Button?

Your dog’s belly button is located on your dog’s stomach, towards the end of their rib cage. The belly button of a dog can be hard to find due to all their fur, and the fact that they’re typically a small, flat scar. In some dogs, especially shorter haired breeds, you may notice a swirl of hair around surrounding their belly button.

Nearly All Mammals Have Belly Buttons

The majority of mammals have belly buttons, including dogs, cats, dolphins, and humans – but there are a few exceptions.

Marsupials and platypus’ are the only mammals that don’t have belly buttons. A marsupial’s umbilical cord falls off in their mothers pouch, so the scar never forms. And since platypus’ lays eggs there’s no umbilical cord to begin with.

Puppies don’t have obvious belly buttons for a few reasons. The size of their umbilical cord is small. Sustaining a human baby requires a bigger umbilical cord, hence a bigger scar. A puppy’s scar heals into a small slit rather than a round hole. And the area is quickly covered with fur, making detection more difficult. – ScienceIQ

A Protruding Belly Button on a Dog Is Cause for Concern

A dogs belly button usually goes unnoticed, but when it sticks out it’s cause for concern. If your dog’s belly button is sticking out or swollen it could be a condition known as umbilical hernia. In a complicated hernia the contents of the abdomen become trapped in the belly button, and left untreated it can be fatal.

If you notice any swelling around your dogs belly button make an appointment with your veterinarian for the proper diagnosis & treatment. 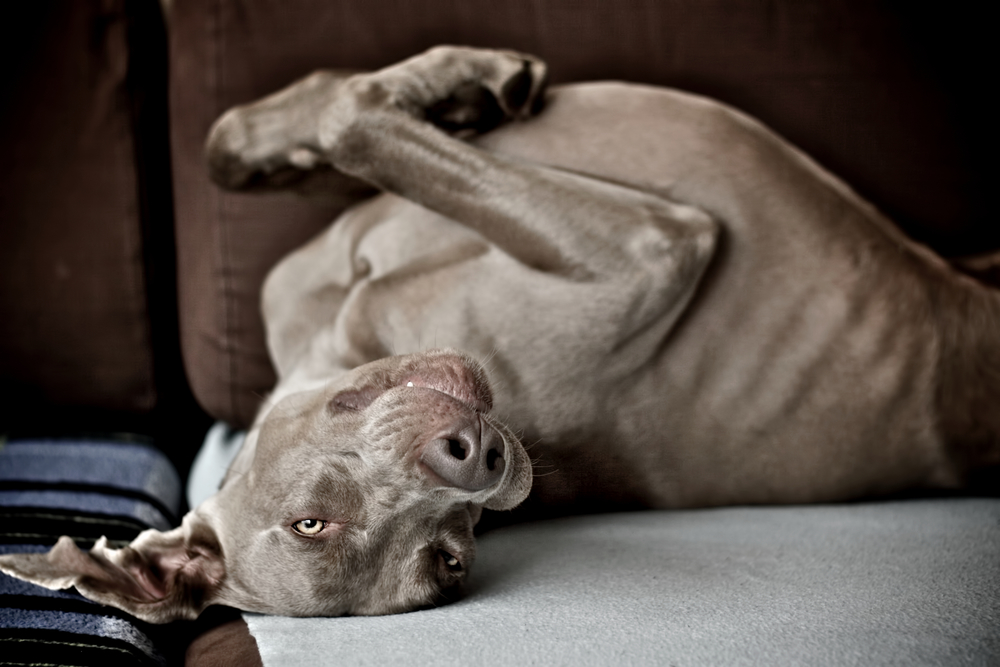 Pro tip: Dogs that love belly rubs make the hunt for the elusive belly button easy. They’ll be so chill they won’t even notice you’re being a weirdo.

Can You See Your Dogs Belly Button?

I’m happy to say I finally found Laika’s belly button, though it did take a lot of belly rubs and coaxing. It’s just a tiny, flat hairless scar that normally goes unnoticed.

Have you seen your dogs belly button? Is it really small? Do you want to find it without raising suspicion? Try some good old fashioned belly rubs.