You are here: Home / Opinion / Do We Put Too Much Emphasis on Our Dogs Past? 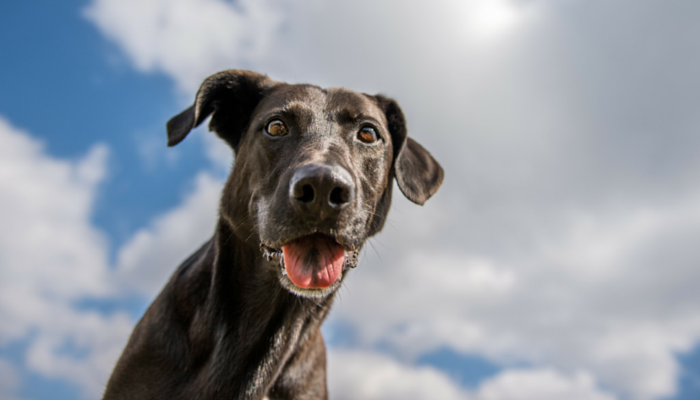 Do We Put Too Much Emphasis on Our Dogs Past?

This is an open letter to certain dog owners that obsess over their dog’s past. You’ll often see them on forums, complaining about their dog’s behavior but unwilling to take advice.

How much do you know about your dog’s past? If you’re like me it’s probably pretty sketchy, but it hasn’t stopped your imagination from running wild. For many of us our dogs past is just a guess, but our assumptions can end up making it their story.

Laika is fearful, and although I’ll never know what the first 6 months of her life were like I’m willing to take some of the blame. Regardless of her past I know I could have done more. I could have socialized her more, I could have taken her to more training sessions, I could have introduced her to people wearing hats at a younger age.

But I didn’t. I did a lot, but there’s always more that we could have done.

When it comes to dog behavior we tend to make some pretty big generalizations. Things like ‘all fearful dogs were abused,’ or ‘she doesn’t like females because she got into a fight with one as a puppy.’ Could it be true? Definitely. Does that mean we should keep using it to explain away problem behaviors?

Do we sometimes end up with a dog that’s difficult for us to train? Definitely.

One of the issues I’ve struggled with the most is Laika’s resource guarding. Canine cognitive science has yet to make a determination on whether there’s a genetic component to it or not. Nature vs nurture leaves us with a lot of unknowns, and a lot of grey area.

When I come across people willing blame everything on a dog’s past I get irritated.

How much do we know about our dog’s past? Does our tendency to blame something impede our ability to move forward? Does the blame game help explain why so many millenials see shelter dogs as ‘damaged goods?’ (those sappy commercials that show nothing but shelter animals shaking in their cages doesn’t help either)

Instead of saying that behavioral issues usually arise from a lack of socialization, attention, training, or exercise some tend to focus on abuse and neglect. “Sparky bit the mailman, but it’s only because he was abused as a pup.”

Dogs are surrendered for so many different reasons; allergies, affordability, moving to another state, don’t have enough time for him. Some dogs have been abused, and some have been neglected, and some end up in a shelter because their owner just got tired of them.

When we assume our dog’s issues all stem from abuse it’s no wonder people have started to see shelter dogs as ‘damaged goods.’

Making assumptions about abuse bothers me; in my mind it’s not a word that should be thrown around lightly. Could your fearful dog have been abused or neglected? Sure. But some fearful dogs had a normal upbringing. Most of us will never know all the details of what went on in our dogs life before they met us.

According to a survey conducted by the Best Friends Animal Society of Kanab, Utah, a national leader in the no-kill movement, younger adults (ages 18 to 34) are more likely to purchase a pet from a breeder or pet store than adopt a homeless pet from a shelter or rescue organization. Incredibly, almost half (46 percent) of young adults view shelter animals as less desirable than those from breeders. – Shelter Animals Are Not “Damaged Goods” Mercola 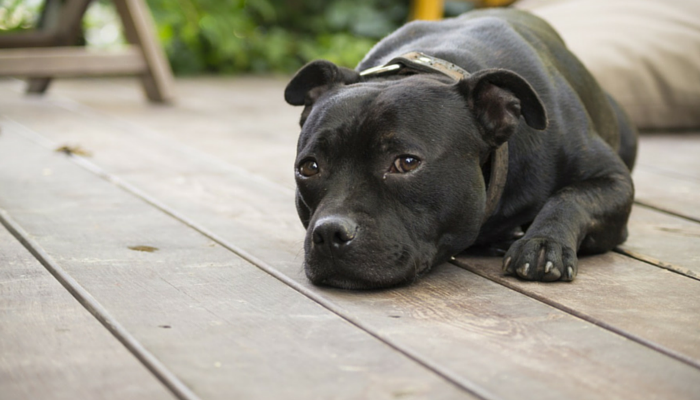 Do we put too much blame on our dog’s past?

It’s not fair to judge a dog’s potential based on assumptions about their past. Every one of us can look back and say there’s always more that could have been done. We could have socialized more, we could have gone to more training sessions, and we could have introduced our dog to more people wearing hats.

Why are we so quick to blame our dog’s past? Are we making their past more complicated than it might actually be? It’s natural to wonder about the lives they’ve had, but it’s nearly impossible to really know what it was like.

Don’t let your assumptions about your dog’s past become their whole story, and don’t let it block your ability to move forward. Dogs are willing to learn if you’re available to teach.

It’s hard letting go of the past, but for your dog’s sake you need to try. Don’t get stuck in the mindset that he’ll ‘never improve.’ Take the time to try, make the effort to move forward with him. Our dogs are capable of so much if we’re willing to put in the effort.

There’s a lot our dogs can teach us if we’re willing to listen, and just being able to enjoy the simple moments in life is one of those lessons. Have fun, play frisbee, go for a nice long walk. When you’re out with your dog having a good time he’s not dwelling on the past, and neither should you.

The present changes the past. Looking back you do not find what you left behind. – Kiran Desai

500 Of The Most Popular Dog Names
Dear Carter - An Ode to My Best Friend
Prison Dog Programs - How One Little Idea Makes a Big Difference
Please Don't Drive With Your Dog in the Back of Your Truck
312 shares
« Adopt Shifu the Beautiful Young Shepherd Mix – Adopted!
Roundup 27 – Awesome Dog Articles of the Week »