You are here: Home / Opinion / Some Of Us Can’t Handle Euthanasia, And That’s OK 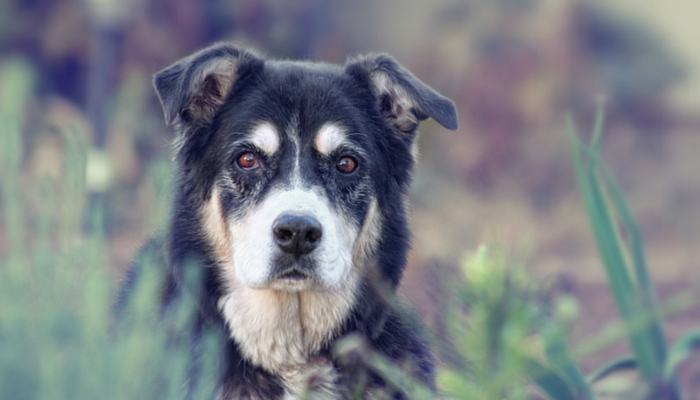 Some Of Us Can’t Handle Euthanasia, And That’s OK

I’ve wanted to write this for years, but each time I’d start I had to stop. But after seeing so many negative comments towards people that struggle with the subject of euthanasia I knew I had to share my story. We all handle death differently – and it’s important to understand that. Some of us can’t just turn on the “be tough & handle it” switch.

After reading this piece I was disturbed and hurt by some of the comments. It’s clear to me that even a personal topic like euthanasia isn’t safe from the “my way is the correct way” mentality, and that we all just really love being able to put our own 2 cents in.

People believe that we “should be there no matter what, they’re family after all.” I get that, and trust me when I tell you I feel like a monster for not being there for my last dog Carter, but please hear me out before you judge further.

When you suffer from an anxiety disorder you’ll be told to just “handle it,” as if it were that simple.

Some of Us Really Can’t Handle Euthanasia

Carter was my best friend for 13 years. Although that might seem like a long time us dog lovers know it’s never long enough. He came down with a lot of illnesses during those last few months. None of them were terminal on their own, but they each led to varying amounts of suffering and discomfort.

As our vet visits became more than just a weekly thing I started to realize – maybe he’s just not going to get better. A terminal illness diagnosis might have made the euthanasia decision more obvious, though I’m pretty sure I would have struggled mightily no matter what.

After months of watching him struggle I finally decided it was the “right” time. But looking back my heart never decided “hey this is the right” time, it was more like the “expected” time.

For days I stared at the phone, knowing what I had to do, but being unable to actually make the call. Eventually with tears running down my face I asked my boyfriend if he could make the appointment for me. He did, and things were a go for the next day at 2:30.

That morning I called into work, I knew I wouldn’t be able to get through even a morning shift without breaking down.

I was going to make this our day, Carter and I were going to spend every second together. We ate all sorts of yummy-but-bad-for-you food and snuggled for hours. He didn’t seem to want to get up and explore much so we just laid in the yard, sniffing the breeze and soaking up the warm spring sun.

Then 2:00 hit and I knew it was time. I wasn’t ready but I knew it had to be done. And of course Carter was excited when I asked him if he wanted to go for a ride, which further broke my heart into a million more pieces.

On the way there I kept telling my boyfriend “I can’t do this, I can’t do this,” as I struggled to breathe. I didn’t know what was happening but I felt stuck in a bubble. The only thing I could think of was how I couldn’t let someone put my dog to sleep today. I just couldn’t.

When we parked I tried to calm down which really wasn’t working well. Take deep breaths they say, close your eyes and think of the ocean they say. Easier said than done when dealing with the imminent death of a beloved friend.

In the car my poor Carter was picking up on my tense & nervous vibes as my boyfriend tried to comfort me. I wasn’t ready, I would never be ready for this.

I did every mind trick I could think of. I told myself “it’s the right time,” “you can do this,” and “he’s suffering.” None seemed to being me much comfort, I was paralyzed.

I had my boyfriend grab Carter’s collar as we made our way in. It was obvious what we were there for I’m sure from my red, tear stained face. I was a complete zombie and I knew it. I was walking but couldn’t feel anything. People were talking but I wasn’t listening. I was stuck inside my own head – and it was starting to get warm and tingly.

Finally it was our turn to enter the vet’s room.

Shortly after we entered the room I passed out. Turns out I really couldn’t handle it, though I knew I had to for Carter’s sake. I did my best to stay strong for him, but I ended up failing. As he waited nice and patiently for the vet to come in I was ended up on the on the floor.

After getting back up onto my feet and getting over the shock of it all I knew I had to leave.

My boyfriend stayed while they put him to sleep. I just couldn’t.

I still wonder to this day if it would have been better if I stayed outside so Carter wouldn’t have had to see me fall. I don’t know much about what really goes on in a dogs mind but I imagine he was quite worried about me in those moments. His last moments were filled with concern for me, you don’t know how terrible that makes me feel.

My suffering didn’t end that day. I wasn’t relieved, I didn’t feel better, and I couldn’t get over the guilt of not being there in Carter’s last moments.

For months I couldn’t drive past the vet’s office. I’d freeze up and start panicking, and I’d end up having to turn off the road well before I got there. I ended up taking 30 minute detours to get to work. I couldn’t function at work for weeks – I was stuck in that moment and couldn’t remove myself. As much as I would have loved to I couldn’t just handle it.

Some of us don’t handle euthanasia well, and some of us faint when faced with it. It doesn’t mean we love our pets less. It might be a lack of resilience or constitution, or it might just be our own anxiety, fear or post traumatic stress acting up. Whatever it is it feels terrible, and being told that we’re selfish for choosing not be there rips right into the heart.

I know it’s easy to say “well I did it” and expect the same from others, but please understand that not everyone can handle things like you. One of the hardest things about dealing with mental illness is the lack of understanding from others.

We would love to be there, but some of us can’t. I wish I could have, I’d be filled with so much less regret if I could have stayed. But I couldn’t, and I have to accept that.

And for those like me who don’t do well in stressful situations that involve death just know you’re not alone. We’ve all been through situations in our past that still effect us, some good and some not so good. It makes you feel as if you’re completely alone and isolated, but trust me you’re not alone. Many of us struggle in silence.

As for the future I’m going to be look into at home euthanasia. At least I’ll be able to pass out in my own home if it comes to it.

And for those of you who like to tell people that they’re selfish for not being there in the end maybe you’re right. Maybe suffering from an anxiety disorder is somehow selfish, but please just keep your opinion to yourself.

Some of us can’t handle euthanasia, and that’s OK.

What You Need to Know About Ear Cropping
10 Things a Dog Sitter Should Know About My Dog
My Reactive Dog Doesn't Like Horses
443 shares
« Why I Won’t Play Into the Rescue vs Breeder Debate
Jealousy In Dogs: Just Like Humans New Study Suggests »