You are here: Home / Dog Training / Nothing In Life is Free: Should Dogs Have to Earn Affection? 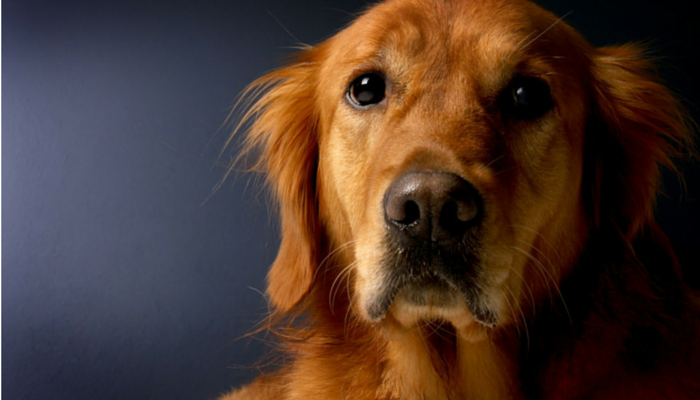 Nothing In Life is Free: Should Dogs Have to Earn Affection?

Laika might have to work for a lot of things in life, but my affection isn’t one of them.

Do you practice the Nothing in Life is Free protocol with your dog? When I first got Laika it was recommended that we adopt that philosophy for everything. I was told it would make my dog more confident and well behaved.

Now I don’t disagree that it works well for many training exercises, but there was one part that made me think twice. The more I looked into NILF the more I realized I disagreed with one of it’s main principles; that my affection was a resource not be given freely. What do you think? Should dogs have to earn affection?

What is Nothing In Life is Free (NILF)?

Nothing in Life is Free (NILF) is a dog training protocol that requires your dog to obey a command or cue before he gets something he wants. The command you use can be whatever you like, but the key is to remain consistent. The most important part of NILF is that the dog only receives what he wants after the command has been obeyed.

Food, play, petting, and toys are all resources your dog desires. When you follow the NILF protocol you need to establish yourself as a strong leader, so you must make your dog earn his rewards. In NILF your dogs reinforcements are strictly controlled and delivered after your dog has worked for them.

As with any dog training protocol the level of commitment and consistency can vary with this method. In the most extreme cases NILF is explained as being important to better establish yourself as the pack leader.

The Main Benefit of NILF

NILF is excellent at training consistency in us humans. We often forget that we’re always training, whether we realize it or not. Does your dog follow you around everywhere? When he does do you give him any positive reinforcement like a nice pat on the head? I know I do. So it’s no surprise to me why my dog Laika is quite the velcro dog.

Dogs excel at consistency and routine. If something works for them they’ll try it again. Did begging for that strip of bacon work last month? If it did it’s likely to work again someday. This is where NILF reminds us about the importance of consistency and expectations.

Why I Don’t Practice NILF

I don’t disagree that our dogs should know what is expected of them. I reinforce desirable behaviors with positive reinforcement. It helps communicate with Laika when she’s made a great decision and she’s more likely to repeat that behavior later on. And like all training that remains consistent I’ve gotten great results.

Before we go on our daily walks Laika retrieves her leash for me. It’s a simple job for her to do while I get ready, and more importantly it helps keep her focused instead of spinning around in circles with excitement. When visitors come over she doesn’t get to greet them until she sits and remains calm.

Before she gets her meals she must sit. It’s not a bad idea for anyone, but with Laika it was extremely important because of her severe resource guarding. Before she’s let off leash she must sit and wait patiently for a moment.

There’s lots of little things she has to earn in life, but I’ve never made affection one of them.

Laika and I tend to follow along the “Say Please” protocol rather than sticking to NILF. When I look at that face (and those ears) I can’t resist giving out free affection.

Should Dogs Have to Earn Affection?

I have two problems with the NILF protocol. The first is the basis in pack mentality. Not all people who use NILF see themselves as alphas, but it’s pretty common theme in the protocol. Sure I make my dog do certain behaviors before we go for a walk or eat, but it’s not so I can reinforce myself as her leader. I do it because it keeps her focused and calm.

The second problem is calling affection and play resources that need to be earned. I have a dog, man’s best friend – known for being loyal and affectionate by nature. I don’t mind giving my dog affection, and I don’t think she should have to earn it. And that doesn’t mean I give my dog affection when she’s being bad, it just means that I don’t make her work for my affection.

I reinforce behaviors that I find important, and yes I do lack in the consistency department from time to time. But for the most part Laika makes for an excellent companion. We’ve worked out the important behavioral issues.

We train a lot, so at the end of the day when I climb up on the couch and Laika joins me freely I don’t mind a bit. And sometimes when Laika comes up and nudges my hand it’s a great reminder that yes, I have been watching funny cat videos a bit too long.

I’m not going to pretend as if I know how my dog’s brain works, but I assume that giving her affection “freely” isn’t harming our relationship. To ask a companion animal to work for such affection seems a bit harsh. Giving affection is a natural behavior amongst creatures that share a bond, it’s not something I consider a resource.

People should learn how to be a skilled, generous, creative “feeder.” That is, they should understand and embrace the fact that their main role, if they want to be a great trainer, is to reinforce repeatedly any dog behaviors they want to see more of. This reinforcement is a much greater priority than being a strict leader, a “commander-in-chief.” – Kathy Sdao

I was thrilled to find out that the great dog trainer Kathy Sdao shares the same philosophical problem with the Nothing in Life is Free protocol as I do. She wrote a book called “Plenty In Life is Free” that discusses the stifling rules that constrain a person’s ability to share affection with their dog when following the NILF protocol. 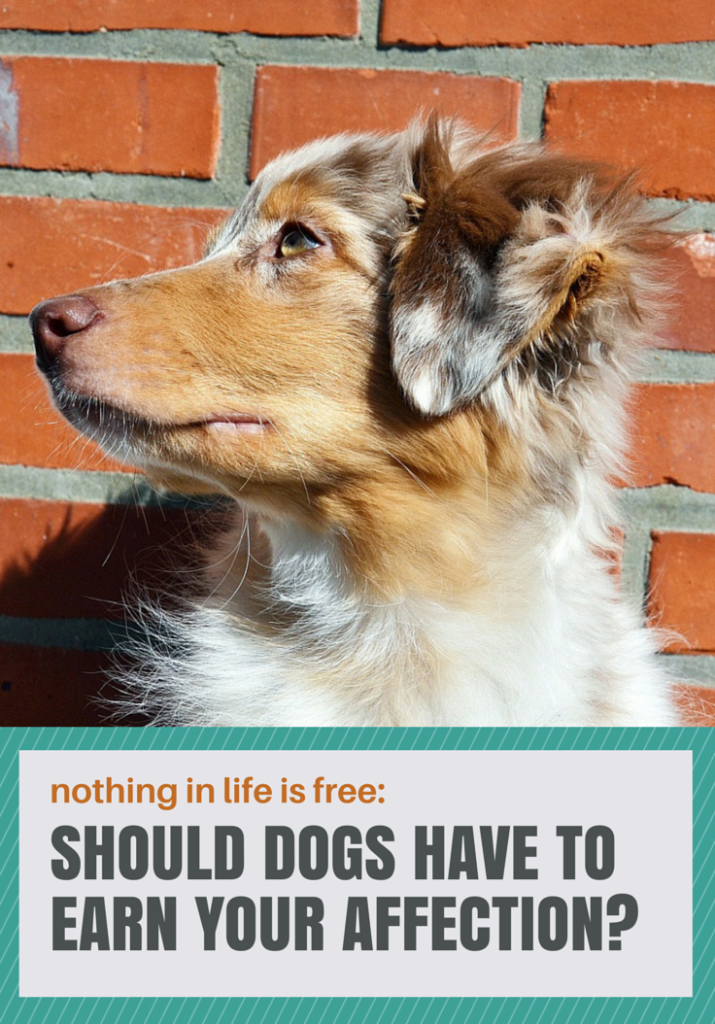 Nothing in life is free: should dogs have to earn your affection?

How Long Does It Take to Potty Train a Puppy?
5 Simple Tips For Potty Training Your Puppy
The Liebster Award - 11 Questions
Laika's DNA Test Results Are In
« Mass Dog Vaccinations Successful at Eliminating Rabies
Why Do Dogs Love to Lay In The Sun? »