You are here: Home / Dog Articles / 10 Things a Dog Sitter Should Know About My Dog 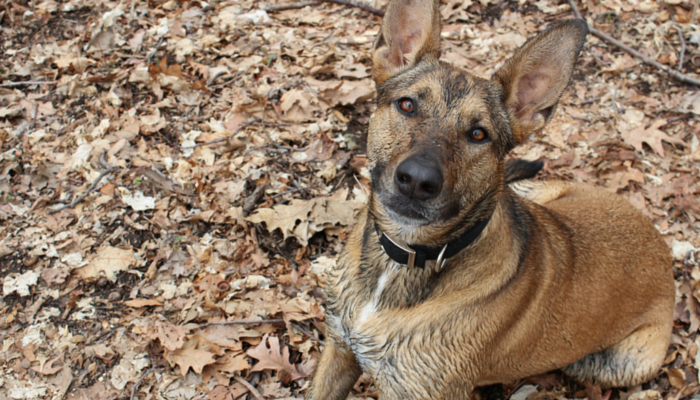 10 Things a Dog Sitter Should Know About My Dog

My dad is my default dog sitter and he’s always been great at it. But if I ever have to hire someone else there’s some quirks and habits of Laika’s that I’d like them to know about beforehand.

So if you ever find yourself dog sitting for me here’s a list that I meant to give you but probably forgot.

What a Dog Sitter Should Know About My Dog

1. She’s afraid of her own farts. Every single time Laika farts it startles her. She jumps up, sniffs her own butt, cries and looks confused for a minute. One would think after 3 years she might realize that it’s no big deal but that has not happened yet. She’ll be fine and will eventually settle right back into whatever she was doing before.

2. She might “lie” about having to go outside. If you happen to miss one of her scheduled walks, designated play times, or if she just thinks you’re not paying enough attention to her she’ll whine at the door. Learning the difference between her “I gotta go pee” and “I’m bored” whine takes practice.

3. Once she’s found a human bed she aint leaving. You don’t have to let Laika on your furniture; she’ll be fine. But if you do I must warn you – if she finds a nice cozy bed to lay on she’ll play dead when you ask her to leave or get down. If you go to reach for her to get her down she will run to the other side of the bed in protest – this will go on for hours.

4. She will pester your house guests for attention. Although she’s been trained to be polite to people entering her behavior after they’re settled in can be described as “relentless.” She will nudge their hands, bring them toys, and whine if they dare look at her without petting. You can ask her to go lay down and she will; but as soon as you look away she’ll start again.

5. She falls asleep sitting up all the time. Like a cranky toddler that says “I’m not tired” when asked if they want to take a nap my dog doesn’t seem to like giving in to sleepiness. She will fall asleep sitting up in chairs, sitting up on the couch, or leaning on a window.

6. She won’t eat until you’ve finished your meal. I wouldn’t bother putting her food down until you’ve eaten – she won’t touch it. She will wait nearby staring at you while you eat – it’s something she continues to do even though it’s been over a year since she’s “won” this game and gotten a table scrap. And yes I regret giving her that scrap every single day.

7. She has about 728 vocalizations so don’t be alarmed. You know those people that yawn and sneeze loudly? Laika is like those people. Nothing she does is quiet; she whines if you stop petting her, she howls in her sleep, she playfully growls when shoving a toy into your hand, and her yawns are never silent.

8. She enjoys being pet pretty much everywhere, but please don’t touch her tail. You can pet her anywhere except her tail; if you touch her tail she will immediately leap up and chase it.

9. She will run towards any mud puddles you pass. She’s generally pretty good on the leash but if she spots a body of water or mud that’s nearby expect to be pulled towards it. Whatever you do don’t try and quickly walk over them either – she is a pro at the stop, drop, and roll method.

10. She loves being hosed off. In case she happens to leap into any mud puddles or ponds (see #9) she doesn’t mind being hosed off – in fact she loves it. Be careful with your phrasing though. If you ask her if she’d like to “take a bath” she will sulk, so remember to ask “do you want the hose” to keep those spirits high.

What do you think a dog sitter should know about your dog?