You are here: Home / Health / I Missed the Early Signs of Arthritis In My Dog 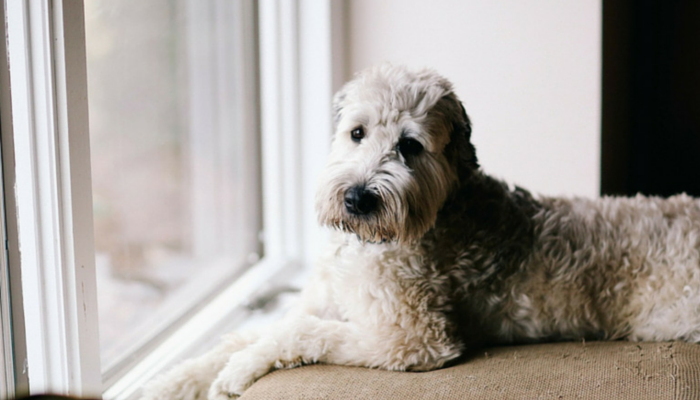 I Missed the Early Signs of Arthritis In My Dog

I missed the early signs of arthritis in my dog. She was diagnosed with arthritis at the age of 3, and to say I was a bit shocked is an understatement.

The signs had been there all along, but I wasn’t putting them together. I just assumed they were just regular age related issues.

When you live with a dog everyday it’s easy to miss some changes, and when it comes to arthritis many times those changes are just attributed to aging.

But when it comes to arthritis in dogs there are some specific things to look out for. This article goes over the early signs of arthritis in dogs, including all the ones I ended up missing.

I Missed The Early Signs of Arthritis in My Dog

80% of dogs 8 years of age and older are affected by arthritis. But since my dog is young never crossed my mind. She loves playing & running, she doesn’t limp, and she certainly doesn’t just lay around. If I were to go grab a frisbee right now I guarantee she’d leap to her feet and be ready to go. She’s a 3 year old dog in decent shape; arthritis was the furthest thing from my mind.

Laika’s been slower to rise in the morning for months, and I assumed it was just part of aging. She can be a fussy dog, so when she was pulling her legs away during grooming I blamed it on her bad mood. When she started getting out of a bed a little slower than usual I didn’t find it too odd. I get out of bed a lot slower than I used to as well.

But unfortunately dogs can’t tell us what’s wrong, so it’s up to us to notice those symptoms. Laika was still active, and she’d been participating in all of our normal daily physical exercises. She wasn’t showing any real signs of pain, and she wasn’t show any obvious signs of wanting to slow down.

But unfortunately she was in pain. She’s had arthritis for awhile and I didn’t catch any of the signs. I wrote this article for anyone who suspects their dog might have arthritis, because as I found out those early symptoms are easy to miss (or write off as being unrelated).

Signs of canine arthritis include stiffness when getting up or lying down, limping, slowing down on walks, pain after exercise, or reluctance to jump or climb steps. It’s important to recognize these signs and begin treatment early, to slow the progression and help preserve your dog’s quality of life. – Whole Dog Journal

For the past 6 months or so Laika has been a little slower to rise in the morning. I didn’t make much of it; I’m always slow in the morning, so I attributed it to aging. Here’s a few of the other arthritis symptoms she was showing that went unnoticed.

I Thought She Was Just Being Grumpy

Laika’s always been a bit sensitive. She’s the dog that yelps when she’s getting her shots at the vet. I always warn them before I bring her in: “she’s not aggressive, but she is very vocal.”

She’s never been a fan of getting her nails trimmed either — although she will tolerate it with enough yummy carrots on hand.

Late last year I noticed she was acting like a real jerk when it was time to trim her back nails. She’d pull away, regardless of how many carrots I was holding. I assumed she was being fussy. I’d gently grab her back paw again and start the nail dremel — just to have her instantly pull away again. I had no idea that the sensitivity in her back legs had to do with arthritis.

I Didn’t Notice All The Extra Licking

Dogs are always licking one thing or another, so when my dog started licking her rear legs more I didn’t pay much attention. I was just glad she was licking her legs and not her rear end all the time.

I Didn’t Notice the “Bunny Hop”

When we were playing outside I didn’t notice the change in her gait. She runs with both back legs moving simultaneously, also known as the bunny hop gait.

Here’s a slow motion video of a dog ‘bunny hopping.’ Now when she’s running it’s all I notice, that bunny hop of hers.

The Early Signs of Arthritis Are Subtle

Many of the signs of arthritis do look like normal aging symptoms in dogs. We’re all slower to rise at some point, and many of us enjoy a nice rest more than we used to.

Arthritis in dogs is common, and unfortunately it affects quite a few of them at a young age. It’s estimated that 20% of dogs older than 1 year of age are affected, and that number increases to 80% for dogs 8 years of age or older.

The Common Signs of Arthritis in Dogs Are: 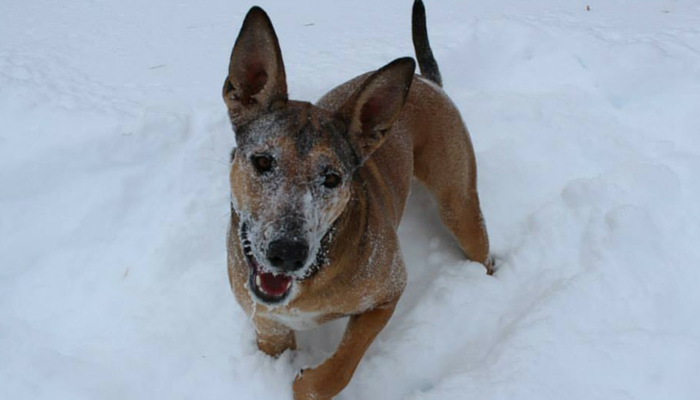 Laika has arthritis; since it was caught early the ability to manage it without surgical intervention has improved.

I do feel guilty that I wasn’t the one to suspect anything wrong with my dog. It wasn’t until my vet noticed the way she was standing that we decided to do an x-ray. And sure enough, with one x-ray we knew — Laika had arthritis. My dog had been giving me signs that something was wrong and I missed all of them.

Because the signs of arthritis are subtle at first many dogs aren’t diagnosed right away. And because they can mimic what most of consider normal “aging” symptoms such as stiffness we don’t necessarily think much of it.

The Benefits Of An Early Diagnosis

The earlier a diagnosis is made the less discomfort a dog will have to endure. Certain exercises and activities can make your dog’s arthritis worse, so it’s important to find a routine that works for them. Your vet can help you come up with a management plan that’s right for your dog.

Laika’s doing well so far, she’s on daily glucosamine supplements and we’ve been practicing a lot of low impact exercises. We’ve also added in a lot of indoor activities and brain games to help keep her busy and active throughout the day.

Have your veterinarian evaluate your dog’s joints at least every year to see what’s going on. A lot of these things we can prevent from becoming a big problem if we catch it early enough. We can work on strengthening the body and avoid surgery altogether. – James Cook DVM PhD

Laika is a 3 year old active dog. I’m still surprised by the diagnosis, but more surprised that I didn’t see it all along. I’m lucky to have a great veterinarian. I might have missed the early signs of arthritis in my dog, but my vet certainly didn’t.

Tips For Managing Your Dog’s Arthritis

If you’re dog has arthritis and you’re not sure where to start check out the following articles. They have some great tips when it comes to managing canine arthritis. And if you suspect your dog may have arthritis contact your veterinarian for a proper diagnosis and management plan.