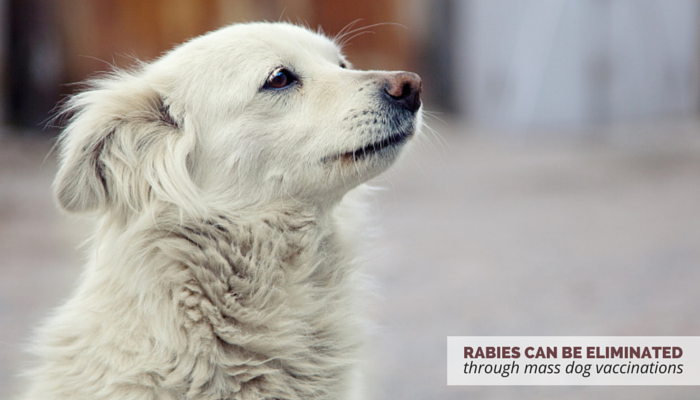 Canine rabies has been controlled or eliminated throughout most of the developed world, but in developing countries it remains a major public health concern killing 69,000 people a year.

Virtually all rabies infections were fatal until Louis Pasteur and Emile Roux developed the first rabies vaccine in 1885. Although rabies isn’t a public health concern in the developed world anymore it continues to plague those in developing countries.

Science knows no country, because knowledge belongs to humanity, and is the torch which illuminates the world. – Louis Pasteur

Do you think Pasteur would be surprised to know that the disease is still so prevalent? Over 100 years since the first vaccine was developed and rabies still remains a public health concern throughout much of the developing world, killing over 69,000 people a year.

Rabies in the United States

In 2013 there was one case of human rabies in the United States. The individual became infected after being bitten by a bat in Guatemala. Rabies doesn’t cause a public health concern here because we’ve been vaccinating the majority of our dogs for years.

Rabies is a preventable viral disease that causes inflammation of the brain in humans and other warm blooded species. It’s usually transmitted to humans via saliva following a bite from an infected animal.

Since the 1900s, the number of deaths from rabies in North America has fallen from 100 or more each year to just one or two cases. Much of the decline dates from the 1940s, when vaccination and animal control programmes were set up. – Journal of the Royal Society of Medicine

Even though the rabies vaccine has been available for years it remains a major health concern in developing countries. More than 69,000 people die from the rabies virus annually, more than half of them being children in Africa and Asia.

99% of human rabies cases in developing countries are caused by bites from dogs infected with the virus.

The Importance of Mass Dog Vaccinations

Domestic dogs are the main source of rabies infections in Africa and Asia. The best protection people can get from rabies is by vaccinating the animals in their community. An international team of veterinarians recently released a statement claiming that worldwide elimination of rabies is feasible through mass dog vaccinations.

The Bohol project was initiated in 2007 to eliminate rabies in the Philippines. The program costs $2.5 million annually, but the cost savings from preventing deaths and illnesses will be repaid in 4-10 years. Their goal is to eliminate rabies by 2020.

Since Bohol started there has been only one human rabies death in the Philippines reported since 2008.

Funding was secured from the national government, provincial, municipal and village units, dog owners, NGOs, the regional office of the WHO, the UBS Optimus Foundation, and the Global Alliance for Rabies Control. – National Center for Biotechnology Information 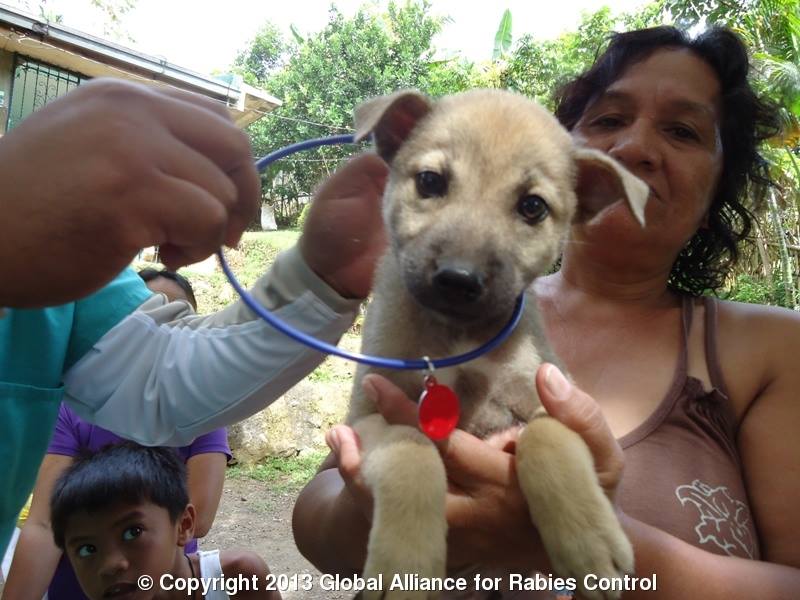 A GARC collar shows that this puppy has received his rabies vaccination.

Vaccinating 70% of Dogs Is Key to Eradicating Rabies

Experts say that vaccinating 70% of the world’s dog population is the key to eradicating rabies. The mass canine vaccination strategy has been shown to work in Tanzania, Estonia, the Philippines, and in programs across South and Central Americas.

To stop rabies in people, health workers around the globe need to vaccinate about 70 percent of the world’s dog population, the team estimated. The risk of human cases drops close to zero with that many dogs protected. – NPR

Worldwide Eradication of Rabies is Feasible With Mass Dog Vaccinations

Compared to other diseases affecting those in the developing world eliminating rabies can be done relatively quick and cheaply.

Since World Rabies Day was started on September 28 2007 there has been growing support for programs aiming to eliminate the virus worldwide. Since 2007 4.6 million animals have been vaccinated, and over 150 million people have been educated about the risks of rabies. A vast community of global networks and vaccination programs have been launched.

If we eliminate rabies we’ll not only be saving money in medical costs, we’ll be saving many human lives. The first rabies vaccine was developed over 100 years ago and it still hasn’t reached many in the developing world.

Eliminating rabies worldwide is feasible. You can help by spreading the word about the amazing progress we’ve made over the past few decades. With enough support and encouragement we can see an end to rabies in our lifetime.

Global freedom from the threat of dog-mediated rabies is feasible within our lifetime. With the tools, vaccine and evidence available, an integrated investment strategy and intersectoral approach is needed to make this vision a reality. – World Health Organization

How to Check Your Dog For Fleas at Home
Missing Firefighters Dog Found Safe
Acral Lick Granuloma: Excessive Licking in Dogs
« Indestructible Dog Toys: Our 7 Favorite Tough Dog Toys
Nothing In Life is Free: Should Dogs Have to Earn Affection? »