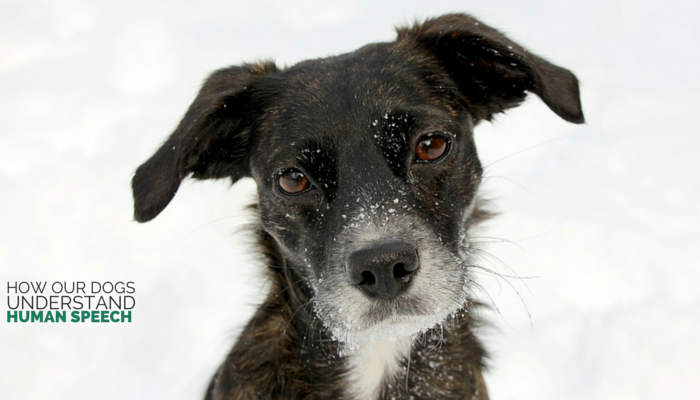 Every dog has that cue, you know the one. The one that makes them perk up no matter how you say it. For Laika it’s “frisbee” or “walk.” Either one will get her up on her feet and ready to go in less than a second.

We all know that dogs pick up on the things we say, but until recently we knew very little about how they processed verbal information. So how well do dogs understand human speech?

All of us dog owners know that our dogs understand a certain set of cues. Not only that but they pay attention to the emotional and contextual cues we give when speaking.

It’s not clear how much dogs are able to process from meaningful words versus emotional tone. Sure there’s the awesome overachiever Border Collie Chaser who knows over 1,000 words, but what about the average dog?

Researchers have found that there seems to be a correlation between a dogs vocabulary and the owners willingness to establish a verbal relationship.

Dogs do have the ability to map out the meanings of many different nouns and verbs in their brains. When owners work on teaching their dogs to differentiate between object by assigning each a value there seems to be more success.

Dogs like Chaser for example, were taught the meaning of words individually. She would be given a new toy and as she was playing with it her owner would repeat what the objects name was – giving it a value. This exercise was often repeated 40 times, practicing up to 20 times a day.

Her owner John Pilley would then build on her existing vocabulary by introducing new objects and actions. He has also been able to teach her to string a short sentence together by giving each word meaning. She understands “take ball to frisbee” and other commands using three elements of grammar.

Not one to just sit around he’s now planning on stretching it out to five.

There have been many studies done on dog emotions and language yet we still don’t have a grasp on how dogs understand human speech.

A new study has found that dogs verbal interpretation skills are even more advanced than we thought. They process verbal information in two separate parts of their brain.

Recently graduate student Victoria Ratcliffe at the University of Sussex in England set up an experiment to see if domesticated dogs show hemispheric biases when interpreting human speech.

She used 250 dogs in her research; each dog had a speaker placed on either side of the dogs head. The command “to come” was played out of both sets of speakers at the same time.

Sometimes the command would be given with an emotional tone and other times all emotion was removed from the command. They also gave the dogs verbal cues with emotional tone but no meaningful words – complete gibberish.

She recorded which way the dogs turned their head for each given command. Even though the same command was given out of both speakers she began to see a pattern. Dogs would turn their heads to the right 80% of the time when the command had meaningful words. When there was an emotional tone most dogs turned to the left.

The experiment might seem simple enough but it has clued us into some new information on how our dogs interpret our speech:

That dogs are able to differentiate between meaningful and meaningless sound sequences. – neurobiologist Attila Andics

The study also suggests that dogs interpret verbal cues on different sides of the brain. The emotional cues seem to be processed on the left side while the meaningful words on the right. Its similar to how humans interpret speech; language in the left hemisphere and emotional content in the right. Though the human process is more complicated.

We can say at least that they seem to be getting both the verbal and the emotional, because they have biases for both. – Victoria Ratcliffe

Humans break up speech into different parts such as emotional clues, meaning of words, and information about the speaker. The human process of interpreting speech is done in stages; and throughout multiple parts of the brain.

Try Your Own Better Communication Experiment

Next time you’re in a training session with your dog try giving commands in his right ear. When you’re snuggled up at the end of the day on the couch tell him he’s a “good boy” in his left ear. I’ve been trying this with Laika though the results are mixed so far.

Maybe we are on the road to a better way of communicating with mans best friend. 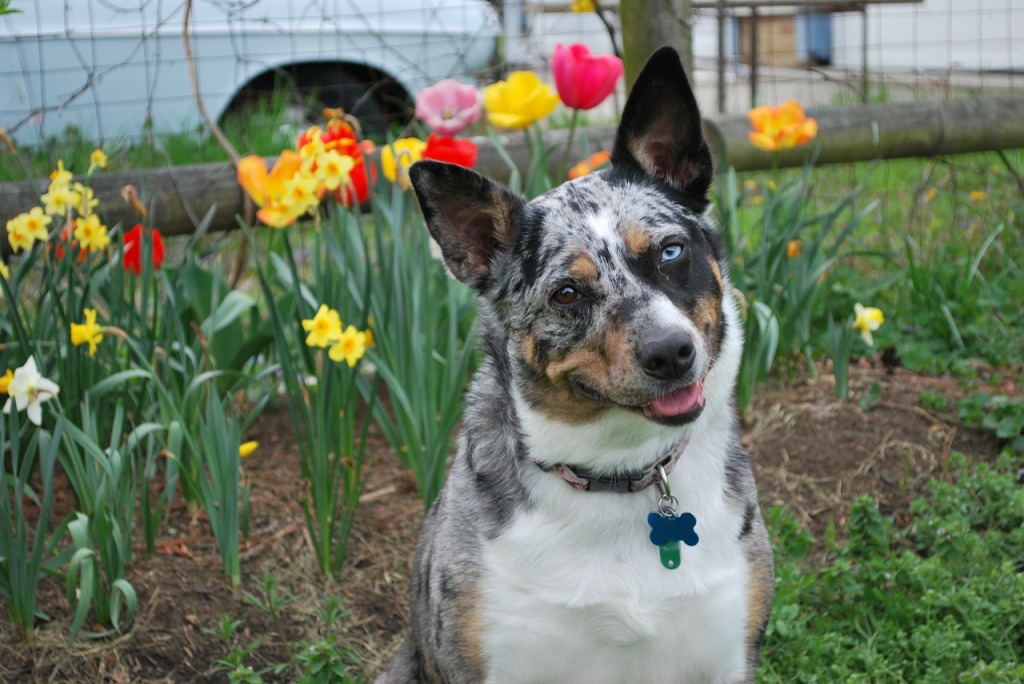 Of course dogs understand human speech – Did somebody say “go to the park?”