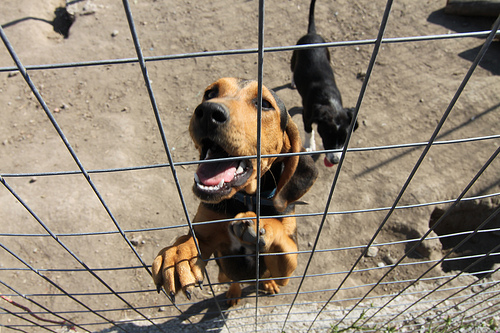 Last updated on April 18, 2019 By Jen Gabbard Leave a Comment

I think we all feel guilty when we have to leave our dogs behind during vacation, but a new study has found that perhaps a stay in the kennel isn’t all bad – some dogs find it quite exciting.

We all feel guilty when we leave our dog being at the kennel while we go away on vacation. A new study suggests that dogs might not be stressed by kennels, they might find actually it enticing. The new study which has been published in the journal Physiology & Behavior suggests that our canine friends might actually enjoy a short stay at the boarding facility.

The study measured the responses of 29 different dogs. They aimed at testing various aspects of the dogs welfare both physical and behavioral to establish a baseline of what constituted good dog welfare. The physical tests include skin dryness, body temperature and amount of food eaten. Behavioral indications were lip licking, yawning, shaking and restlessness. They also studied stress hormones (corticosteroids) and adrenaline. 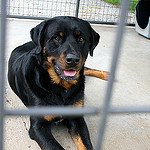 The research found that dogs have higher levels of arousal, colder noses and were more active in kennels than when they were at home. It had been assumed that the kennel experience was going to show higher levels of stress for the dog. Given the unpredictability of routine, noise levels and limited social contact previous studies suggested that the kennel is a very stressful place for you dog, but it appears the opposite is true.

The researchers found that urinary cortisol – a stress hormone secreted after one of the major stress response systems has been activated was higher in the kennel setting. Cortisol levels are also found to increase after exercise and excitement, and can be used as an indicator of arousal. The emotional reason for the higher levels of cortisol is up for debate. Creatine, the waste product created by liver ratios was also higher in the kennel setting.

More research is still needed but preliminary results seem to suggest that dogs don’t perceive being boarded at a kennel a negative stressor. Some may actually find the change of scenery exciting, at least in the short term. So next time you’re planning a vacation and you start to feel bad about leaving Fido behind remember he might actually find the prospect of kennels exciting. Read more at DailyMail.