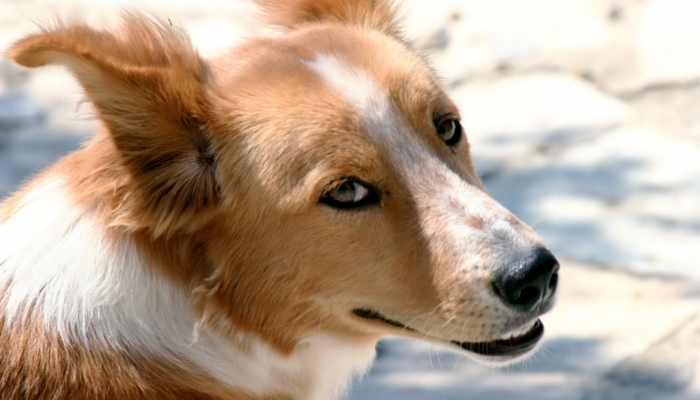 In an interesting new study, trained dogs have demonstrated they can detect the presence of prostate cancer in a person by smelling their urine with 98% accuracy.

The study is about to be presented at the annual meeting of the American Urological Association in Orlando.

The lead author of the paper, Dr. Gianluigi Taverna says: “This study gives us a standardized method of diagnosis that is reproducible, low cost and non-invasive” Dr. Taverna is chief of the prostatic diseases unit at the Humanitas Research Hospital in Milan, Italy.

Using these specially trained dogs may reduce the number of invasive procedures that people have to undertake when determining if they have prostate cancer, like biopsies. The ease of the test also means that people at high risk of prostate cancer could very easily have annual high accuracy tests.

Two young German Shepherds were trained for 5 months and once ready they simple smelled the urine and gave their reaction to presence of scents that indicate prostate cancer.

The dogs learned to spot prostate cancer specific volatile organic compounds (VOCs) in the urine samples. None of the trainers or lab technicians knew which samples were from prostate cancer diagnosed persons, so it was entirely up to the animals and no human “hints” were possible.

The second dog was slightly less accurate with 98% accuracy at detecting prostate cancer and 96% accuracy for identifying people without the cancer.

From that large study group of 900 people, the animals collectively had 16 false positives and four false negatives.

Researchers suggest that the data can be used in conjunction with the other variables that the doctor is using to diagnose including size of tumor, tumor stage and patient age. When combined with other technologies like MRI scans, PSA tests and biopsies it could add a valuable tool to the doctors arsenal.

Before the accuracy of the dogs can be validated, there needs to be more testing with different racial groups and men of different ages to determine if there is any other biological factor at play which might undermine accuracy.

Unfortunately the use of dogs might not always be viable in a clinical setting, so researchers are also attempting to determine the biomarkers that the animals are spotting in the urine. They may be able to construct a way to replicate the results in the laboratory with a gas chromatography-mass spectrometry device.

Dogs can detect these smells because they have about 40 times more olfactory cells in their noses. For a long time humans have known about dogs sometimes having the ability to detect illness in their human friends. Recent studies have even shown that dogs can also alert people to incoming epileptic and diabetic seizures, so they can warn of incoming problems.

There are other research projects aimed at seeing how effective dogs are at detecting different forms of cancer including lung cancer, bladder cancer and breast cancer. Studies have also shown that dogs can spot ovarian cancer in blood.

Man’s best friend is once again demonstrating how helpful he can be by alerting us to health problems.

Syndicated with permission from cancer-forums.net

Lost Dog Found 7 Years Later
Feeding Your Dog Less May Lead To A Longer Life
10 Tips For Exercising a Senior Dog
« Euthanasia Rate Down This Year
To Crate or Not to Crate? The Basics of Crate Training »