You are here: Home / Dog Articles / I’m Thankful For My Dog Everyday 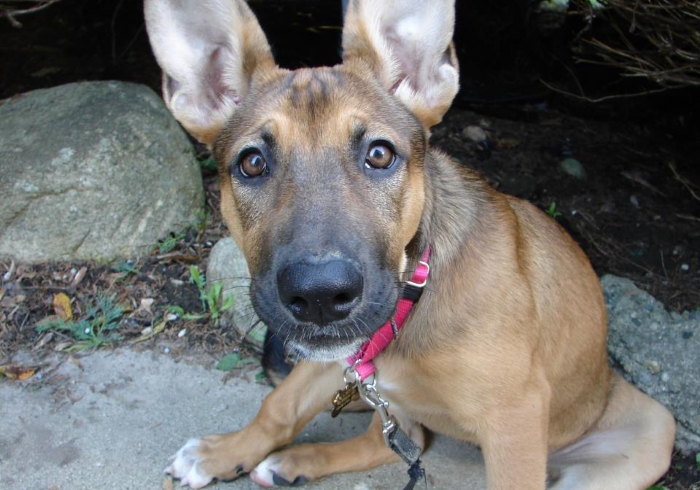 I’m Thankful For My Dog Everyday

Every day, rain or shine, my dog greets me with the same enthusiasm. Coming home is always more joyous when you’ve got a dog around.

I’m Thankful For My Dog Everyday

I work in the legal system so let’s just say there’s a bit of stress at work. Once I get into my car and head home that sense of freedom is joyous. What makes it better is looking forward to my greeting from Laika as soon as I walk in the door. Sure changing into sweats and kicking off the shoes is nice, but it’s nothing compared to a greeting from Laika.

I Tried Living Without A Dog

In May of 2011 my dog of 13 years passed away. He had been my best friend for years and it was some of the worst grief I’d experienced. If you’re interested sappy stories of loss you can read Dear Carter, an ode to a beloved friend.

After the loss of Carter I thought perhaps the “freedom” of not having dog responsibilities might be a good thing. Maybe I’d take up a new hobby, write a novel, or do some extra work around the house.

I was wrong. My productivity didn’t increase at all; if anything I became lazier. Every walk I took I could still feel the leash in my hand even though it wasn’t there. I was depressed. Living without a dog wasn’t enjoyable at all.

Then I Met Laika

Laika was about 4 or 5 months old when I adopted her. Knowing this I was prepared for the normal chaos of raising a puppy. What I wasn’t prepared for was that she bit me her first day home, she was dog reactive, and she had some major resource guarding issues.

Training a puppy who had never had any bite inhibition when they’re already 40 pounds isn’t a walk in the park. We were off to a rough start. 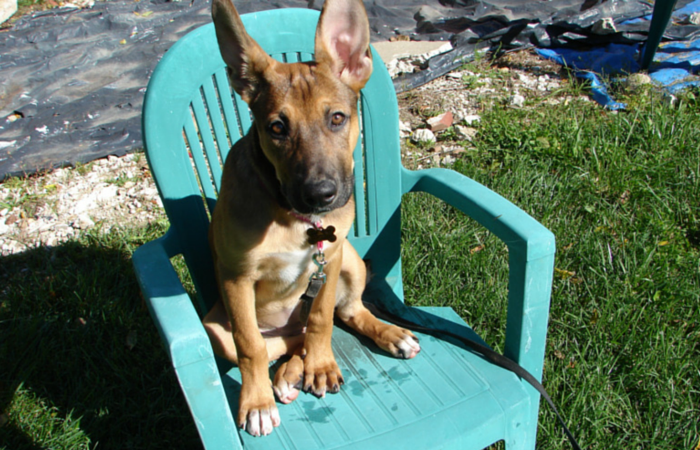 Laika shortly after coming home in the summer of 2011. She’s “helping” me redo the patio.

Given all her bad behavioral issues Laika changed me. Instead of returning her for a less troublesome dog I decided to give it my best. I was going to teach this dog some damn manners.

That old saying “you give what you get” is so true when it comes to training a dog. Every day, every week, every training session I was noticing improvements. I was making a difference in her life and she was eager and willing to learn. She’s an A+ student.

I don’t know her full history – she’d only been in this world 4 or 5 months and yet she’d already ended up a stray. No one ever came for her.

When I adopted her she had a terrible yeast infection on her skin which the veterinarians suggested probably came from having to lie in her own feces and urine for hours at a time. They speculated she’d probably lived most of her life caged up until that point. The infection was so bad I had to wait to schedule her spay.

No wonder her behavior was so atrocious. Laika opened my eyes; she made me optimistic. I realized that I had a chance to make a difference in this dog’s life. Along the way end she ended up making a huge difference in mine.

Dogs are not our whole life, but they make our lives whole – Roger Caras

I Learned A Lot of New Training Techniques

It hasn’t been easy. Her first year made me question why anyone in their right mind would ever want a German Shepherd; they’re crazy. Hyper, biting, loud, crazy.

Sure puppies bite and play but Laika – she took it to another level. When she bit me I’d yelp. I read that strategy works pretty well on bite inhibition. What I didn’t know was that Laika would be in the 10% or so of dogs that respond to yelping by biting harder. It riled her up more.

My arms and legs looked like I’d ran through thorny bushes all day long. My coworkers and friends asked me if I’d been self harming.

We improvised a lot. I read up on dog training. I learned about desensitization, redirection, luring, shaping, and counter conditioning to name a few. We’ve done them all and somehow we managed to come up with a technique that worked for all of her problem behaviors. 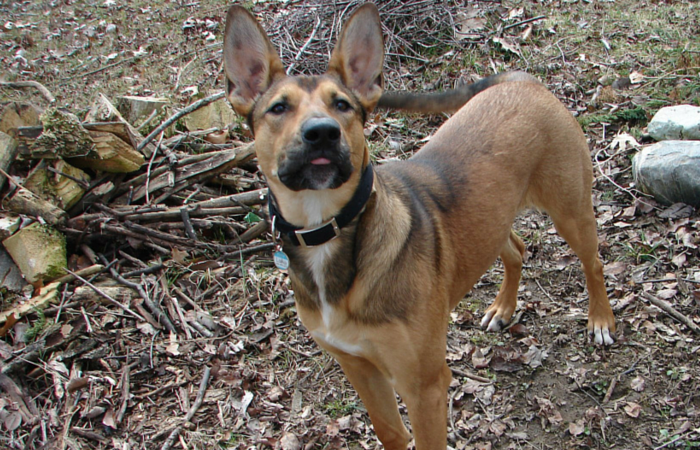 Laika’s my helper when it comes to yard work.

We Developed a Bond

It didn’t take long to form a strong bond. I was pleasantly surprised when I realized how driven she really was. She’d had the potential all along but hadn’t been given any direction.

We made a routine. We played games. We cuddled on the couch. She began to relax, learn some damn manners, and listen for her next cue.

After we mastered some basics it was clear she wanted more. We upped our game. To keep this high drive dog happy I made up all sorts of games and activities. We did a lot of hiking, obedience, nose work, tug, swimming, and socializing. No matter what I suggested she was ready to go.

The more she learned the easier it became. I learned how to communicate with her and she responded with excellence.

Once you have had a wonderful dog, a life without one, is a life diminished – Dean Koontz

She Became My Best Friend

I don’t know the right word for that one dog in your life. The one dog you own that steals your heart completely. For me it’s Laika.

I was depressed when I adopted Laika and she filled that hole. She gave me something to strive for. She came along at a great time in my life. If I had any other pets or children I don’t know how things would have turned out. I wouldn’t have been able to dedicate so much time to making it work.

We’ve got our routine down; it keeps us active and happy. When I want to go to the park I know I’ve got a willing companion. When I work out in the yard I’ve got a little helper carrying sticks and pulling weeds. And at the end of the day I’ve always got my snuggle buddy on the couch. She doesn’t even complain about what I watch on TV.

My Dog Brings Me Joy Everyday

No matter how my day is going Laika remains the same – she’s loyal, alert, affectionate, willing to please, and ready for whatever I’ve got planned.

When I come home from a stressful day at work I know she’ll be waiting. As soon as I open the door she’s right there waiting for me with a wagging tail and smile. 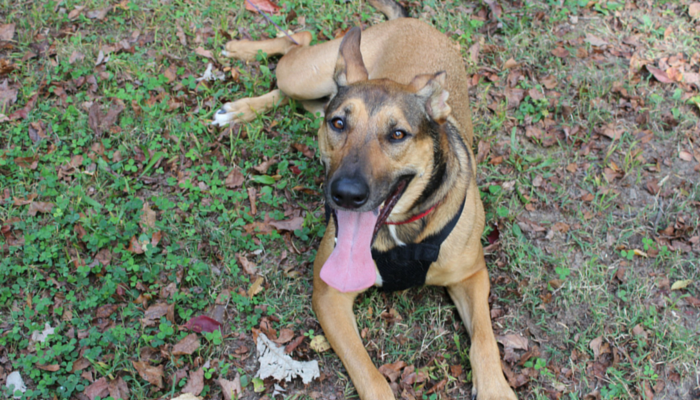 I’m thankful for my dog everyday. When I come home from work I’m greeted with a big smile and wagging tail.

« Roundup: Loyalty and Commitment to Our Pets
The Importance of Play for Dogs Revealed »