You are here: Home / Dog Training / The Benefits of Playing Tug With Your Dog 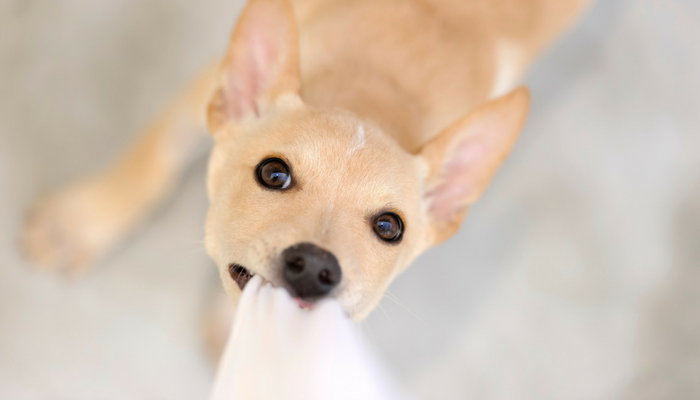 The Benefits of Playing Tug With Your Dog 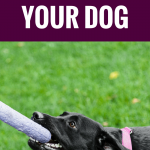 Laika and I play a game of tug of war nearly everyday — it’s physically tiring, mentally stimulating, and just plain fun. And despite an old popular myth, tug does not cause aggression in dogs.

If you’re looking for a fun game to play your dog try adding in a game of tug to your dog’s daily routine. Tug is mentally and physically tiring for dogs, and it’s a great way to strengthen the bond you have with your dog. Here’s the benefits of playing tug with your dog.

Why You Should Play a Game of Tug With Your Dog

Old school trainers really did a great job at discouraging playing tug of war. It’s still one of the most commonly asked questions; “Won’t it make my dog aggressive?” No, it doesn’t make dogs aggressive. Nor will it make your dog see you as weak or less dominant if you let him win. If you let your dog a game it makes him enjoy the game even more, and it’s a great confidence builder for them.

Playing tug of war with your dog is a great way to mentally and physically exercise your dog. Minute for minute it’s the best way to help burn off some energy — for dog and owner alike.

You’ll still find the occasional trainer who still tells people not to play tug with their dog. They claim that playing tug with your dog leads to dominance and aggression issues. But that’s an old school myth. There has been no evidence found that suggests a link between tug and aggression. In fact the evidence we do have is that tug is a great confidence builder, and that it’s a fun way to keep our dogs exercised & entertained.

Playing a game of tug of war with your dog is one of the easiest ways to engage in meaningful play with our canine companions. It’s great exercise for dog and owner alike, and it’s mentally challenging for our dog.

Recent studies have found that the more play a dog engages in the less likely he is to exhibit behavioral problems. Dogs that engaged in tug with their owners were also found to be more playful and were more likely to come when called.

Playing Tug Will Not Make Your Dog Aggressive

In studies that have been conducted researchers found that dogs that play tug with their owners have higher confidence and amenability, meaning they were more obedient. The same study also found that dogs who engaged in more rough housing games such as tug were found to exhibit fewer separation related behaviors.

Dogs are very socially oriented. Meaningful play, such as tug, is a great way to spend quality time with your dog and strengthen your bond. Tug is a satisfying activity for your dog; it’s interactive play that gives your dog a great outlet for their mental and physical activity.

Tug Can Be Used as Positive Reinforcement

Many professional dog trainers use more than just treats when working with their dogs. If you’ve watched dogs being trained for K9 police work, military dog training, or agility you’ve likely seen the trainer holding a tug toy in their hands. When the dog completes the desired behavior he’s rewarded with a quick game of tug.

If your dog enjoys a game of tug try using it as the reward in your next training session. For Laika it’s much more rewarding than dog treats – many of which she’ll spit out in favor of a game of tug.

The Benefits of Playing Tug With Your Dog

There are many benefits to playing a game of tug of war with your dog. The main benefits of tug include:

The Rules Of Playing Tug With Your Dog

Tug is a great game to play with your dog, but it’s important to keep a few rules in mind. Here’s a few basic rules to follow when playing tug with your dog:

When it comes to how long your games of tug should last that’s up to you and your dog. As long as you and your dog are having fun and it’s not too much for them you can make them last as long as you like. Generally my games with Laika are pretty intense, so they only last for about 5 minutes.

You Should Let Your Dog Win to Keep Their Interest

Trainers might also advise not to let your dog win a game of tug. They fear that if the dog is able to win they will therefore see you as submissive. There’s been numerous studies done on letting your dog win a game of tug and there’s no evidence to suggest a dog will take advantage of you if he wins tug. In fact one study (cited in The Genius of Dogs) found that dogs were more interested in playing with humans who lets dogs win games of tug than those who didn’t.

If you let your dog win a game of tug he will find it more enjoyable. Your dog is having a great time and is more likely to want to engage in a game with you in the future.

Your dog will learn that you’re fun to be around; this can make future training sessions much easier. You can use tug as a reward for other behaviors. Some dogs are more motivated by games than food, this is especially true for high drive dogs. Often times you’ll see police K9 & military dog trainers using tug as a reward when they’re working and learning new behaviors.

Don’t concern yourself with whose ‘winning.’ There’s a difference between being a great leader and being dominant. Your dog is looking for a leader; someone to help him find a purpose and to engage in meaningful activities. Initiating a game of tug is one of the easiest ways to teach your dog to follow along. It’s a game for the both of you – it doesn’t make you any less of a leader if you purposefully lose.

Trying to dominate the game by winning is likely to cause less interest from your dog. A game is no longer fun when you always lose.

If you’re looking for a fun way to entertain & exercise your dog at the same time it’s hard to go wrong with a game of tug. Dogs love a good game of tug, and they enjoy playing interactive games with us. And by having your dog follow the rules of tug it’s a fun way to get some training in when it comes to impulse control.

Tug, hide and seek, working on basic obedience, and nose work games are great ways to give your dog some mental and physical exercise. And since they can be played indoors they’re great rainy day activities for your dog. Next time it’s raining clear out some room and initiate a game of tug with your dog. It’s a nice workout, and it’s a lot of fun for dog and owner alike. 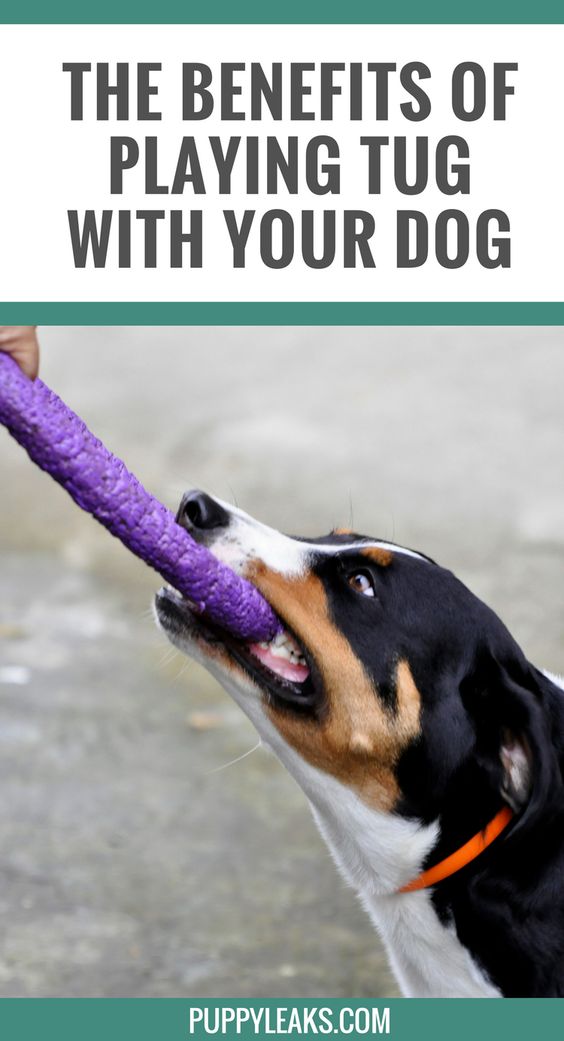