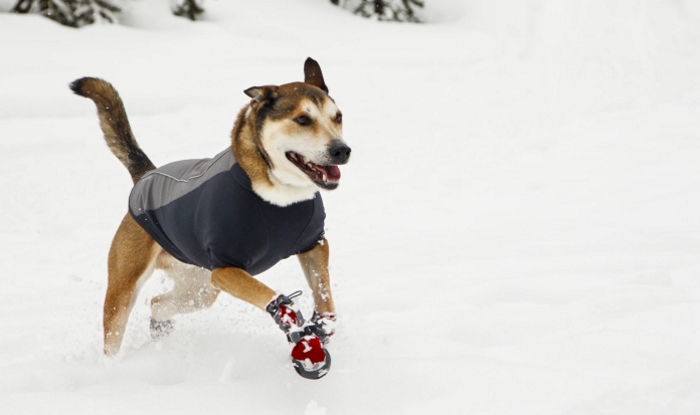 After thinking about it for years I finally bought Laika a kiddie pool yesterday. They take longer to fill than I was expecting but after 15 minutes it was ready.

She wasn’t afraid of it at all; to my surprise and she actually jumped right in. After splashing around for 10 seconds she started spinning which I assumed was some sort of happy dance – but nope – instead she took a squat. She peed in that pool within a minute – before I even had a chance to take a photo. So it’s empty again and we’ll that try again later this week. 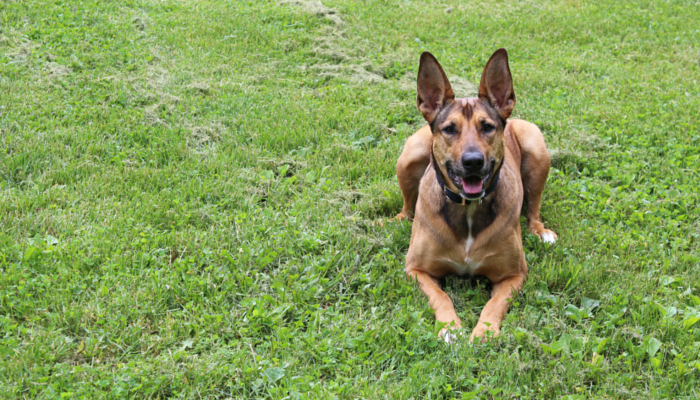 This is the face of a dog that just finished peeing in her kiddie pool.

Thanks for stopping by for this weeks roundup; as always feel free to leave any links in the comments of stuff you’d like to see featured. Without further ado here’s our picks for this weeks favorite dog stories, deals, & videos. I hope you enjoy them as much as I did.

Dog News of the Week

Maine Proposed to Make History in Fight Against Puppy Mills
On June 9 the Maine Legislature proposed a bill that will prohibit new pet stores from selling puppies from commercial breeders. They will be allowed to offer adoptable animals from local shelters & rescue groups. The proposal is awaiting the Governor’s signature before it can become law.

Your Enemy’s Enemy is Your Dog, Scientists Find
Japanese scientists found that dogs have the ability to cooperate socially – something found in only a small number of species including humans and other primates. In the study the dogs owner was either helped or ignored when they asked a stranger for help opening a box. Dogs were found to be much less likely to accept treats or food from the strangers that refused to help their owners.

What Are You Looking At? Dogs Able to to Follow Human Gaze
Scientists know that dogs are excellent at picking up on human cues; but surprisingly dogs don’t seem to follow human gaze into distance space. This study found that formal training, rather than aging or habituation, is found to have a direct influence on gaze following.

I Rejected the Perfect Pet Adoption Family For the Wrong Reasons
This is a wonderful article that shares many of the hurdles accompanied by adopting dogs and the tough decisions rescuers have to make. Definitely an eye opener into the differences in policies each individual rescue has, and the ones they choose to enforce.

Do You See What I See? When That “Cute” Behavior Might Not Be
Did you see the video of the German Shepherd “protecting” her baby Lobster? I cringed when I saw the video; it demonstrates resource guarding and the dog is clearly stressed the whole time. This article points out how we seem to miss a lot of basic dog body language cues & why it’s important to take resource guarding seriously and not refer to it as “cute.”

Respecting Our Fellow Dog Owners. Give Dogs Space!
From start to finish this article puts into words what I’ve thought so many times. I said a big “amen” at the end. No matter what your situation is with your current dog(s) this perfectly illustrates the troubles we run into when coming across other dogs & their owners. It also has some amazing tips for how to be respectful when approaching other dogs & their owners.

How to Tell Your Dog What to do Next
Although this might not come as “groundbreaking” information to those of us that have spent time training our dogs it’s a great reminder of the importance of using attention getting cues and commands for training purposes. To put it simply when a dog is called by his name and then asked to choose a target he did so 73% of the time, when the dog was altered by a clap it went down to 57%.

Veterinarian Adopts Senior German Shepherd Out of Euthanasia Room
One of the best feel good stories of the week. After seeing pleas to help out a senior German Shepherd surrendered at a shelter a veterinarian took it upon herself to go adopt him. After much confusion and trouble finding out where the dog was physically being held she went down to sign the commitment to adopt form in person. When she arrived the shelter staff told her the dog was in a “non public area” of the facility aka the euthanasia room. She adopted him on the spot.

Favorite Dog Video of the Week

If you haven’t seen this tribute yet be warned – you’ll need some tissues. But it’s so beautiful it’s definitely worth a watch.

Shepherd showing off such bravery