You are here: Home / Health / Is a Dogs Mouth Really Cleaner Than a Humans? 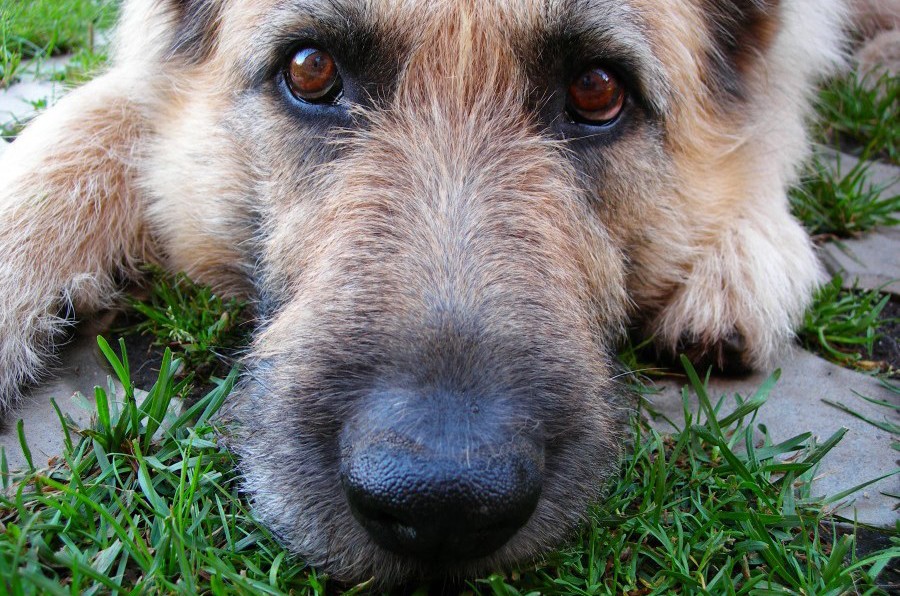 Is a Dogs Mouth Really Cleaner Than a Humans?

Is a dogs mouth really cleaner than a humans? No doubt we’ve all heard it before but have you ever actually believed it?

In short the answer is no, a dog’s mouth is not cleaner than a humans, they’re filled with their own doggie bacteria. It’s hard to say whose mouth is actually cleaner, since both have their own set of bacteria that makes the comparison difficult to judge.

Have You Seen What Your Dog Does With His Mouth?

Have you watched what your dog is licking? Have you seen the rancid things your dog will eat? How can dogs maintain better oral hygiene than us given all the flossing, brushing, and dentist visits we endure?

So is a dogs mouth really cleaner than a humans? The simple answer is no; dogs have just as many bacteria (if not more) in their mouths than humans.

The truth is dog’s don’t have better oral hygiene than us, they’ve just got their own sets of bacteria that causes canine specific dental problems. Dog’s mouths aren’t any cleaner than a human’s. We’ve been lied to.

Is a Dogs Mouth Really Cleaner Than a Humans?

Like so many old wives tales the exact origin of the dog mouth myth is unknown but there are a few compelling observations that likely contributed.

Dog’s Have More Bacteria Per Square Centimeter in Their Mouth

The samples were taken after each had eaten and without the human being allowed to brush their teeth. Results were scaled down to a 1 through 4 scale. 1 would be the cleanliest, with very few bacterial colonies, and 4 being the highest with large amounts of different bacterial colonies.

Bacteria Levels in a Dogs Mouth:

Bacteria Level in a Humans Mouth:

The results of the study are quite clear; dogs have more bacterial colonies living in their mouths than humans. It’s not to say that these bacterium are harmful to humans but the amounts of bacteria themselves are higher in dogs than in humans.

Dogs don’t brush their own teeth and they can’t drive themselves to the vet for a dental cleaning. Without any sort of human intervention for their dental hygiene they will have a lot of different bacterium in their mouths that can lead to dental problems.

Here’s another experiment that was conducted a few years ago by Mythbusters:

Dogs Mouth vs Human Mouth is Like Comparing Apples to Oranges

We can say with relative confidence that a dogs mouth has more bacteria than a humans; but it’s like comparing apples to oranges.

Dogs suffer from different types of oral hygiene than humans do. Both species have many different bacterium thriving in their mouths and neither would be considered clean. You can’t measure comparative cleanliness when so many bacteria are species specific.

Both humans and dogs can develop periodontal disease, a serious gum infection that loosens and eventually detaches teeth. Scientists have found two distinct species within the family P. gingivalis which is found in human plaque. It’s sibling P. gulae has been found in dogs. Both thrive on periodontal tissues, eating up the gums and reducing teeth to cavities.

As for cavities they’re largely caused by the bacteria Streproccus mutans which feed on sugar which is much more common in the human diet.

It’s hard to compare cleanliness when there’s such a vast number of bacteria thriving in either species mouths. Bacteria that’s harmful to the human isn’t necessarily harmful to the dog.

It’s OK, Go Ahead And Let Your Dog Kiss You

Since dogs eat and lick a lot of gross stuff and don’t brush their own teeth it’s up to you help maintain their dental hygiene. Oral care is extremely important to both us and dogs alike. Keep their vaccines current and make wellness exam visits with your vet. Dental problems are on of the most common reasons dogs visit their veterinarian; preventative care will help.

If you want to give your dog a kiss go for it, it’s probably safer than kissing another human; your dogs mouth bacteria isn’t likely to be harmful to you.

They love us unconditionally, if we want to give them a kiss for that I don’t see any harm. 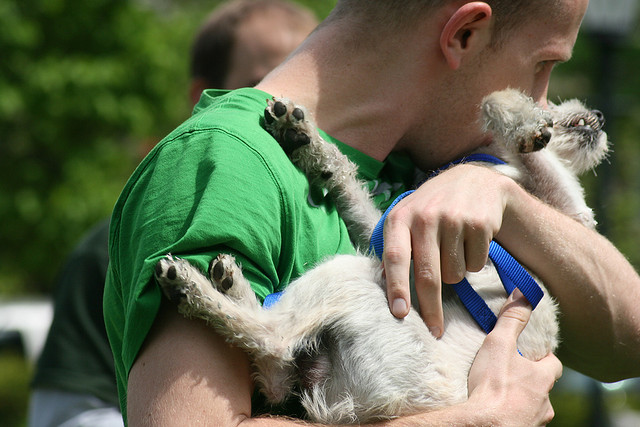 Go ahead and give your dog a kiss anyway/ quinnanya