You are here: Home / Research / New Vaccine Being Tested For Dogs With Bone Cancer 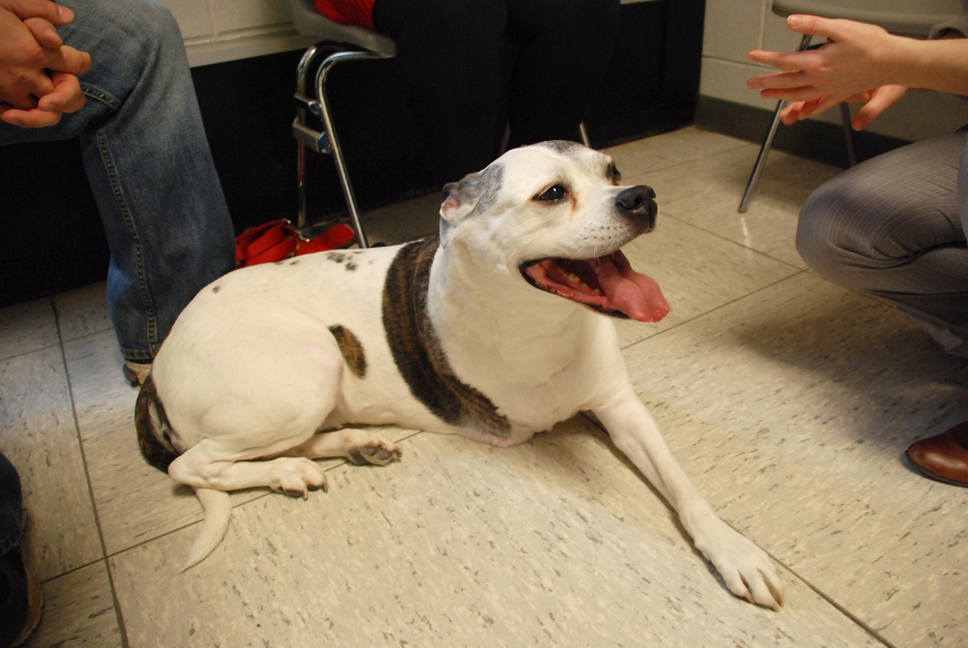 New Vaccine Being Tested For Dogs With Bone Cancer

Study Is Testing Out Vaccine on Dogs With Bone Cancer

Researchers at the University of Pennsylvania’s School of Veterinary Medicine are trying to determine whether a vaccine can elicit anti tumor immunity and prolong survival in dogs with cancer of their long bones.

Denali, a 10 year old Italian Spinoli is taking part in the new trial. He spent 8 years working as a therapy dog. Seven months ago when he was at the vet’s office for treatment of a broken leg they found advanced bone cancer. Denali is now taking part in a new clinical study to determine whether a vaccine can help stop the growth of cancer cells.

Dr. Nicola Mason from the University’s School of Veterinary Medicine says the standard treatment is amputation and chemotherapy. Even with this treatment most of the dogs die within a year because the cancer already metastasized to other organs, notably the chest. 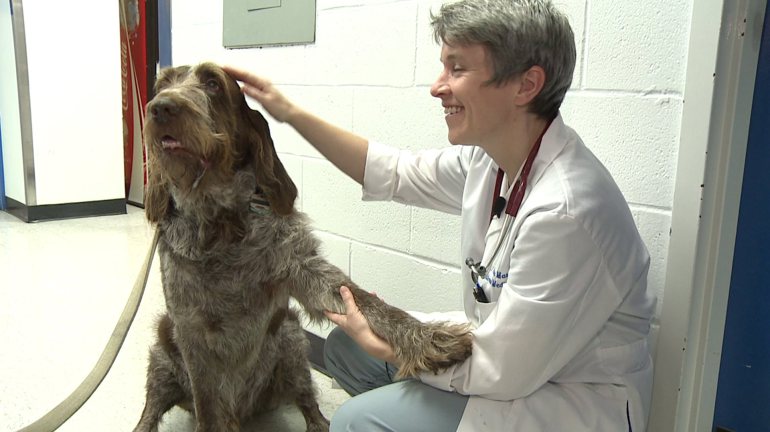 Dr. Mason is now testing a new treatment on dogs called immunotherapy. The dogs will receive radiation in addition to the new vaccine which aims to train the immune system to kill cancer cells. If the vaccine can prove effective at killing cancer cells it might translate into helping human patients.

The HER2/neu molecule that it’s aimed at killing in dogs is the same on found in kids with Osteosarcoma and certain breast cancers. “If you go to gene expression at the molecular level, tumors in dogs and humans are almost identical,” Dr. Mason said. “If you take a bone tumor from a dog and a child, you could not tell which is which.”

Phase 1 of the clinical trial just finished up. The results look promising. Since January Denali has been receiving the vaccine every 3 weeks. Since the trial begun there has been no evidence of metastatic spread of the cancer. There is also some healthy bone growth over where the original fracture was. It’s too early to say whether Denali is in remission. There’s no way to tell if the tumor is currently active, but for right now it can be described as inert; it hasn’t grown in 5 months.

Denali is not the first dog to receive the vaccine. Sasha was the first dog to take part in this study. She was diagnosed with aggressive bone cancer in March of 2012. She finally succumbed to the disease in March 2014. You can read about Sasha on her owners blog, Lili’s Notes.