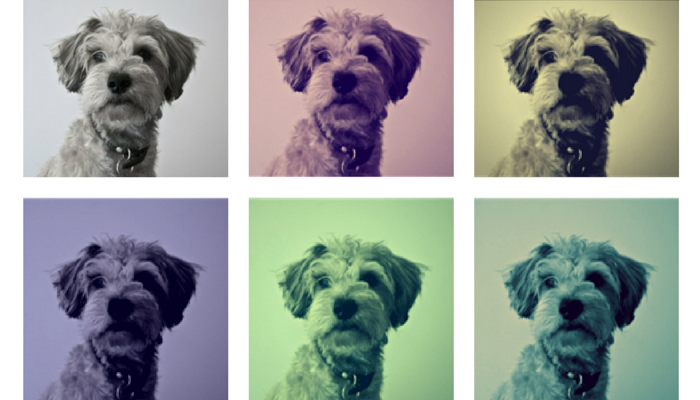 Would you clone your dog? I love the idea of having our pets live longer, because if there’s one thing we all agree on it’s that their lifespans are far too short.

Instead of saying goodbye in the traditional way some dog owners are opting to clone their beloved companions. For $100,000 there’s a lab in South Korea that will clone your dog.

They claim to be able to prolong the companionship you’ve had with your dog by providing you with a cloned version. But after hearing about a bull named Chance and the difficulties his owners had with his clone I have my doubts.

Dogs have some complicated reproductive traits which makes the species difficult to clone. Their ovulation cycles are irregular and the eggs are in the mature state optimal for cloning for only a few hours. Snuppy was cloned with a Labrador surrogate after 123 attempts.

The researchers at Sooam used the same technique, nuclear transfer cloning, that was used to clone the world’s first adult mammal – Dolly the sheep in 1996. First they remove cells from the dog they’re cloning and extract the nucleus of those cells. Then they take donor cells and replace their nucleus with the extracted nucleus from the dog they’re cloning. The cells are then given an electric shock to wake them back up and promote cell division. The developing embryo is then placed inside a surrogate mother.

It took 434 attempts before researchers were able to clone Dolly the sheep – and she only lived 6 years. She was euthanized on February 14 2003 because she was suffering from progressive lung disease and severe arthritis.

In 1996 the success rate of cloning a developed organism to full term after being placed inside the uterus of a female mammal were roughly 2%. Over the past decade Sooam has increased the rate to 30%. Despite the advances in the nuclear transfer cloning technique many scientists have abandoned the practice due to it’s low success rate. 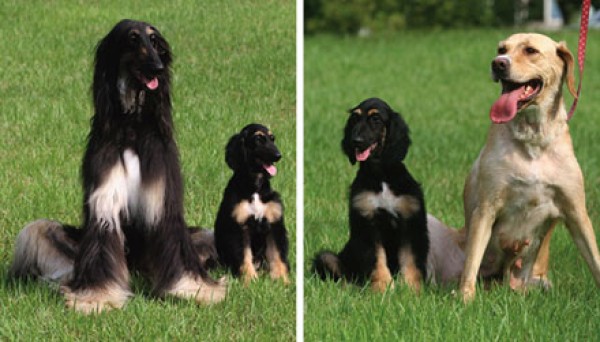 In 2005 Snuppy became the world’s first cloned dog. Skin cells were taken from Tai (on the far left) to clone Snuppy (right). On the far right is Snuppy’s surrogate mother, a yellow Labrador Retriever. photo via National Geographic

Sooam started offering their nuclear transfer cloning service for US pet owners a few years back; in 2012 they delivered 12 cloned puppies to US clients. They’re now expanding their services to the United Kingdom. In February the first British couple picked up their cloned puppies from Sooam labs.

Insung Hwang, one of the researchers at Sooam, admits the procedure does come with a fair share of risks. Some dogs are born unhealthy but the lab will recreate the whole process until they produce a healthy pup for the client.

Things can go wrong. In 2005, when Snuppy, our first cloned dog, was born, we had a 2% pregnancy rate. Now it is about 30%. Some traits go wrong. Dogs can be born unhealthy. For example, they can be born with thickened necks or tongues, and experience breathing difficulties. But we guarantee a healthy puppy for our clients, so we will try again. Often the client will take both puppies in this situation. We never put a dog down. – Insung Hwang

For $100,000 you can pay to have the team at Sooam clone your dog. Although you’re not getting your old dog back you will get a dog that should look just like your old dog. Hwang says the dog will likely have the same temperament as well, though some experts disagree.

Researchers at the National Veterinary Institute at the Technical University of Denmark aren’t convinced that cloning is producing identical mammals. They’ve found that cloned pigs are just as genetically varied as normally bred pigs.

It is extremely unlikely that a puppy cloned from a favourite pet will grow up to behave the same way. – Robin Lovell-Badge – geneticist at National Institute for Medical Research in London

Sooam is expanding their cloning research beyond dogs – in 2012 they signed a deal with Russian scientists to try and clone a wooly mammoth.

Public Controversy Over the Sooam Lab

The founder of the Sooam facility Woo Suk Hwang (no relation to Insung Hwang) has been accused of falsifying documents on his research into human embryo cloning. He was found to have falsely claimed he created stem cells from a patients skin cells. It was later discovered that he had collected human eggs from the female members of his research team. Despite public outcry he was able to raise $3.5 million to start Sooam in 2006.

He was expelled from Seoul National University where he had been conducting the research and is still facing criminal charges. He’s currently on a suspended prison sentence for the charges related to faked research.

Sooam has cloned over 400 pets since since they opened in 2006. They offer their dog cloning service to anyone whose willing to pay $100,000.

The dog will not be 100 percent the same – the spots on a Dalmatian clone will be different, for example – but for breeds without such characteristics it will be very hard to tell them apart. – Insung Hwang

Currently cloning at Sooam can only be performed by live cells which means the cells must be taken from a living dog or from a dog within 5 days of it’s death. Cells are collected from the donor dog through a biopsy and they’re sent off to the lab where they’ll create a cloned pup for you.

At this point, cloning a pet is straightforward for Sooam. Given fresh cells, Hwang says, “we have never failed cloning a specific dog, regardless of its size or breed.” In turn, that part of the business is fairly mature. Orders are healthy. There’s a waiting list.- Businessweek

If you’re considering cloning your dog I suggest researching the topic further. The process itself will be handled by the Lab, but the results might not be what you were expecting.

If By Chance We Meet Again – This is the amazing story of one families experience with cloning their bull. They decided to clone their bull Chance because he had such a great personality – the clone they ended up with, second Chance, didn’t quite live up to his predecessor’s legacy.

My Friend Again – This is a website ran by a man whose had 2 dogs cloned by the Sooam research lab. He started the site to share his experience with the whole process. They offer advice and information including how to save your dogs cells now if you’re thinking about cloning in the future.

For $100,000 You Can Clone Your Dog – Bloomberg Business week takes an inside look at Sooam lab in South Korea – the world’s first animal cloning factory.

Would You Clone Your Dog?

I don’t see myself cloning Laika, I love her dearly but I don’t think cloning her would help the feeling of loss. I might end up with a dog that looks just like her, with the same tongue spots and all, but I’d know it wasn’t her, and she wouldn’t have any clue who I am. I’d have my memories of Laika but my new cloned pup would hold none. There’s only one Laika – and she can never be replaced.

This post was originally published in December, 2014. It’s been updated to include further details into the cloning process & resources for people considering cloning their pet.