You are here: Home / Research / Research Proves That You Can Teach Your Old Dog New Tricks 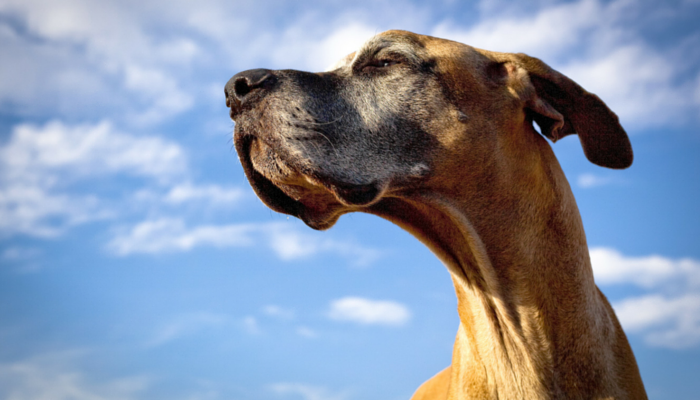 Research Proves That You Can Teach Your Old Dog New Tricks

Confession time: I don’t have a smart phone or laptop. I do everything with a PC.

Could my life be easier with the convenience of either of those items? Probably. But for me it’s just one of those things that’s hard to adjust to. I like my big old keyboard, and when I try to switch to anything smaller I type like crap get and frustrated.

So it’s easy for me to understand the mentality of that old proverb “you can’t teach an old dog new tricks.”

We assume that the older we get the more resistant we are to change. While that might be true it does not mean that we can’t continue learning, and the same goes for our dogs.

Studies have shown that old dogs can learn new tricks, and that some of their learning skills just get better with age. 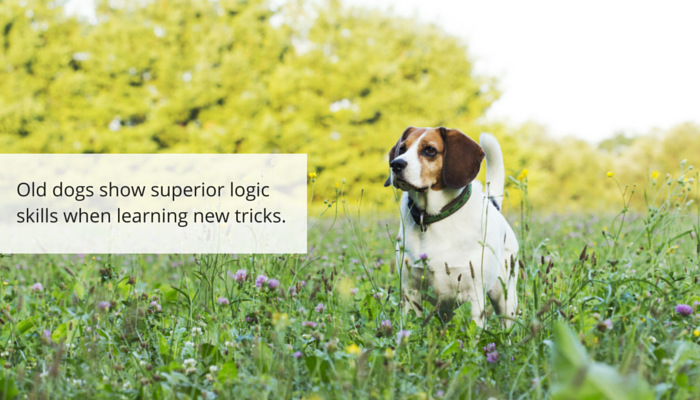 Research Has Shown That Old Dogs Can Learn New Tricks

In a 3 year study researchers at the University of Vienna found that old dogs can indeed learn new tricks, and on certain tests the older dogs performed much better.

The study tested 95 Border Collies on their discrimination learning, inferential reasoning & their long term memory. The dogs ranged in age from 5 months to 13 years old.

The researchers started with testing their discrimination learning ability. The dogs were placed in front of a touch screen and shown two photos; a correct answer would trigger the machine to dispense a treat. They used 8 photographs to test the dogs; 4 that gave a treat and 4 that gave nothing.

The study found that all of the dogs were capable of learning which photos were the “good” ones that gave a treat and which ones were “bad.”

They did find a peak in their discrimination learning ability in the dogs between 6 months and a year. The dogs that were 10 & older took about twice as long as the young ones to get the same accuracy.

Here’s an example of the setup used in the study:

For the second part of the study the researchers focused on testing the dogs inferential reasoning abilities.

The dogs were again given the choice between two photos. This time one of the photos was completely new and the other was one of the “bad” ones from the first test that did not reward a treat.

By using exclusion the dogs should be able to determine that the “bad” one will not give a treat & choose the new one by exclusion.

They found that older dogs did much better on this test than the younger ones.

The older the dog, the better it performed, while younger dogs were unable to master this task. This is probably due to the fact that older dogs more stubbornly insist on what they have learned before and are less flexible than younger animals. – You Can Teach an Old Dog New Tricks: University of Veterinary Medicine, Vienna

For the final part of the study they tested the dogs long term memory. After 6 months the dogs were invited back and given the same original test with the 4 “good” and 4 “bad” photos.

The researchers found no measurable difference in long term memory of dogs based on age.

A Great Example of a Dog Using Inferential Reasoning

Inferential reasoning is where a subject is presented with multiple choices and makes their decision by exclusion.

One of the better known cases of a dog showing strong inferential reasoning skills is Chaser the Border Collie. She knows the names of over 1000 toys and can pick out the correct one by name.

She’s also a great example of showing that dogs use inferential reasoning skills. When asked to go find a new toy that she’s never heard of before she’s able to choose the correct one by using exclusion.

You Can Teach an Old Dog New Tricks

So yes, you can teach your old dog new tricks. It might take a little longer than with a young dog, but when it comes to using logic they’ll perform even better.

Might we all be a little more resistant to change as we get older? Maybe. But that doesn’t mean we can’t keep learning.

Some learning skills just get better with age.