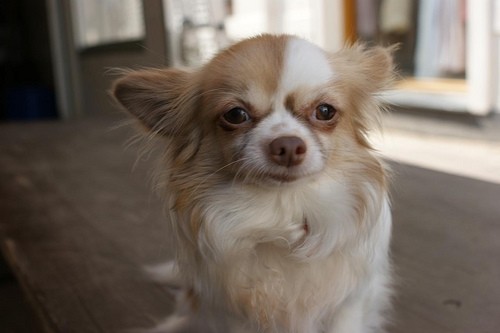 When you think about doggie destruction you probably picture Rottweilers or St. Bernards – dogs that are quite large and imposing. What would you say if I told you a new study has found that one of the smallest canines has been found to be the most destructive dog breed?

A new study has revealed that despite their small size Chihuahuas cause the most amount of damage over their lifetime.  They rack up the high cost by ripping or staining carpets, digging up flowerbeds and scratching or chewing sofas.  All dog owners expect a little destruction from their pooch but when you add up the time and amount of money spend cleaning, replacing and repairing it can cost a huge amount.  Chihuahuas average $1170 in damage over their lifetime.

The study of 2000 dogs found that the other culprits rounding out the top 10 destructive breeds are the Dachshund, Boxer, Dalmatian, Bulldog,  Great Dane, Husky, Beagle, Pointer & German Shepherd.  57% of dog owners in the study said they’ve been faced with canine destruction in their own home, 13% also listed destruction on someone elses property.  More than one in five said their dog had been involved in an accident leaving them with a vet bill on average of $375.

Many pet owners ignore extra costs when it comes to owning a dog.  If you’re planning on adding a dog to your home you need to consider these extra costs on top of the normal feeding, vetting & supply needs bills.