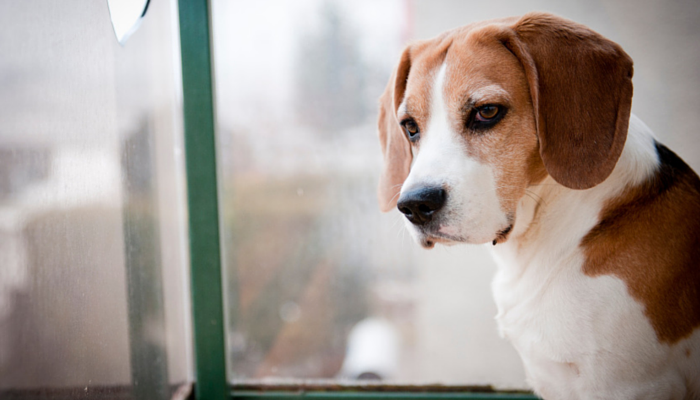 New research may have just busted the myth that dogs are more tolerant than wolves – at least when it comes to inter species relationships.

Dogs Are Often Thought to be More Tolerant Than Wolves

It’s been long assumed that part of the strong bond humans have with dogs is due to the breeding choices made throughout their domestication. It’s been common theory that we selectively chose more submissive, tolerant, and cooperative dogs as our partners, which in turn made them easier to interact with.

Dogs are often considered more docile and affectionate than wolves, and amongst human raised wolves and human raised dogs this seems to hold true. This increased tolerance and cooperation has likely been promoted through continued socialization by humans and the dogs own relaxed interactions with us.

The theory that dogs are more docile and less aggressive than wolves has been influenced by observing these human – animal interactions. But a new study released suggests that though dogs are tolerant and kind towards humans, wolves were shown to be more tolerant and kinder amongst their own species.

Cooperation is thought to be highly dependent on tolerance. For example, it has been suggested that dog–human cooperation has been enabled by selecting dogs for increased tolerance and reduced aggression during the course of domestication (‘emotional reactivity hypothesis’). – Messerli Research Institute, University of Vienna

How the Animals Were Chosen

In the study a pack of 9 wolves were compared with a pack of 8 mutts both being hand raised under identical conditions. The wolves were transporter from North America where they were born in captivity and the dogs were born in animal shelters throughout Hungary.

All of the animals were hand raised under identical situations at the Wolf Science Center. Each were integrated with adult animals into different packs between four to six months old and their contact with humans remained the same amongst both species with daily training and behavioral sessions.

Tolerance is Often Measured During Feeding

The researchers set out to study the interactions of wolves and dogs amongst their pack mates when it was time to eat. Cooperation during feeding has been studied amongst many species and has been used as a measure of an animals tolerance.

One of the most notable studies on the subject found that a higher tolerance level allowed bonobos to perform better on cooperative tasks than chimpanzees.

When presented with a task of retrieving food that was difficult to monopolize, bonobos and chimpanzees were equally cooperative. However, when the food reward was highly monopolizable, bonobos were more successful than chimpanzees at cooperating to retrieve it. These results support the emotional-reactivity hypothesis. Selection on temperament may in part explain the variance in cooperative ability across species, including hominoids. – Max Planck Institute for Evolutionary Anthropology

Cofeeding Habits of Dogs vs Wolves

The dogs and wolves were studied once a day during a cofeeding period. They were presented with either multiple pieces of meat spread out on a large bowl or one large bone. The trials lasted no more than 5 minutes and each animal was tested once a day.

All of the animals were tested in pairs and rotated amongst each member of their pack. To ensure each animal started at the same distance from the food it was presented under a wooden box and once both animals were standing next to it the box would be lifted to the ceiling.

We analysed whether species, test condition (meat or bone), age (in months) and dominance status of the subject (higher- or lower-ranked member of the dyad) influenced the occurrence of tolerant and agonistic cofeeding, feeding alone, and the relative duration of these in the animals that did show the respective behaviours, as well as the relative number of agonistic behaviours.

Results of the Study

Amongst the wolves the researchers found that regardless of pack rank an animal could monopolize. Amongst the dogs it seemed to only be the ‘higher ranking’ animals that monopolized their food.

The scientists noted that wolves only showed rare and weak aggression toward their fellow pack mates. Wolves therefore appear to be surprisingly tolerant — a trait associated with kindness and cooperation — with the important catch that such feelings are limited to their own pack mates. – Discovery News

Subordinate wolves were found to readily challenge their dominant partners during feeding, while low ranking dogs cofed silently and were much more likely to retreat when confronted by a more dominant pack member.

There were a lot more incidents of aggression amongst the dogs than wolves which led researchers to question why dogs behave less tolerantly towards their own species. They also found that wolves were more likely to show restraint when another pack member acted submissively.

In sum, in our captive packs, wolves behaved tolerantly to their pack members during feeding, in contrast to the dogs, which have a steeper and more rigid dominance hierarchy. 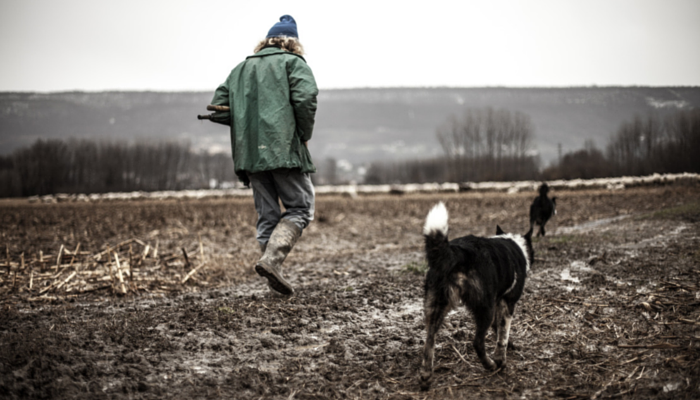 New study begs the question; Has the human-dog bond effected the dogs own inter species relationship?

Has Domestication Led to Less Cooperation Amongst Dogs?

Although there’s not enough information from one study to make any great claims about inter-species relationships amongst dogs it does beg the question; has domestication led to less cooperation amongst dogs?

Perhaps because domesticated dogs are fed in a more relaxed environment without immediate threats they’ve lost some of their cooperative skills amongst each other. Some suggest this cooperation may have been lost because dogs don’t rely on their own pack for food as wolves do.

It must also be noted that even though the wolves in this study weren’t related wild wolf packs are. In the wild a big majority of the wolves are a family group, parents live with their offspring for 2 – 3 years. Feral dogs on the other hand roam in mixed groups that are not necessarily related.

Maybe human – dog cooperation has evolved to mimic the relationship that wolves have with one another – one of tolerance and cooperation. Dogs have no doubt learned to socially interact with us and perhaps that interaction stemmed from wolf – wolf interactions.

This also might help explain why dogs seem to have lost a lot of the pack mentality that wolves have. We’ve chosen our canine companions for their cooperative and kind nature towards us – which has landed them the title of ‘mans best friend.’

Whatever the reasoning might be it’s clear that dogs have perfected their human interaction skills – whether this means they may have lost some inter-species cooperative ones along the way has yet to be proven.

Dog-human interactions are more about living together without conflicts, not about equality. Their ability to respect and follow others made dogs the ideal partners of humans. – Friederike Range

Has the Human Bond Affected the Dog-Dog Relationship?

I haven’t lived in a multiple dog household in years – but when I did I saw a lot of cooperation, tolerance, and kindness. My older dog was the best teacher around – he taught Carter many rules, and in a very conflict free manner.

Do you think the close link between humans and dogs have effected their cooperation skills amongst their fellow canines? Do you think a dogs ability to live together with humans without conflict also extends towards other canine family members? Do you think wolves are more tolerant than dogs?

« Roundup #11 – Our Favorite Dog Articles of the Week
Try Yelping They Said, It Will Stop Puppy Biting They Said »