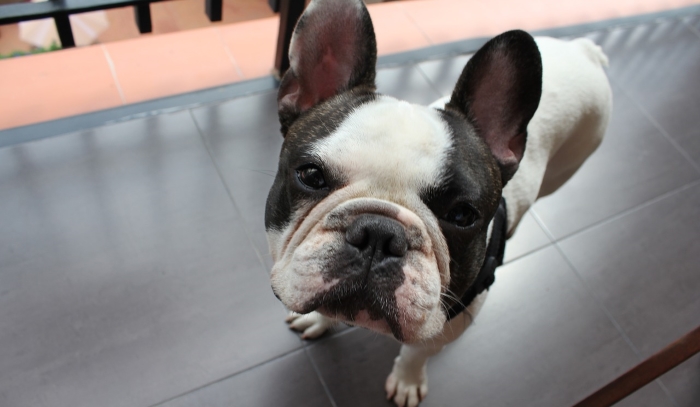 Have you ever tried teaching your dog a new trick when you’re frustrated?

Probably didn’t go so well, did it?

If you suspect your dog doesn’t listen to you very well when you’re angry you’re right; and now there’s scientific proof to back it up.

Anger makes dogs trust us less. A new study found that dogs hesitate when taking cues from someone angry as opposed to someone happy or neutral.

We’ve known for a long time that dogs are sensitive to our emotional cues, and we’ve seen that they use their own judgments to tell when we’re lying. But we still don’t really understand how much of an impact emotional cues have on their behaviors.

BYU professor Ross Flom wanted to know more about how dogs use our emotional cues, so he conducted a few experiments of his own. The study, published in Animal Cognition, found that dogs were less likely to trust people that were angry.

How the Study Was Performed

In the experiment volunteers were paired with a dog in an unfamiliar location and would point or gesture towards a hidden treat.

The gestures they gave were paired with positive or negative behaviors from the person pointing. During each phase the person would change their voice and demeanor to be happy, neutral, or angry.

Researchers found no difference in the ability of a dog to find hidden treats with the help of a happy or neutral volunteer. But the dogs did hesitate when it came to taking cues from the angry volunteers.

In the study positive cues didn’t improve the dogs’ response time compared to neutral cues, but the angry cues delayed it.

This research suggests that our emotional cues help determine how quickly dogs are willing to explore an unfamiliar location. The more trust a dog has in the person the quicker they’re willing to follow their cues.

Does Your Dog Trust You When You’re Angry?

Does your dog seem to trust you less when you’re angry? When you get frustrated in a training session do they seem less willing to listen?

« Can You Get Poison Ivy From Your Dog?
Roundup 58: Favorite Dog Articles & Videos of the Week »