You are here: Home / Dog Training / Try Yelping They Said, It Will Stop Puppy Biting They Said 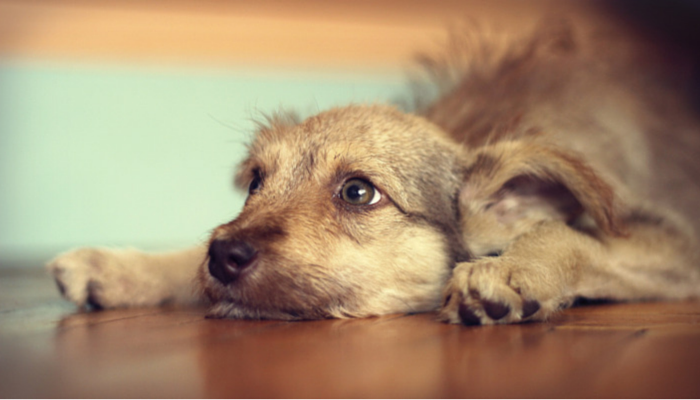 Have you ever had seemingly good advice completely backfire on you?

That’s what happened when I tried yelping at my puppy in order to stop her from biting. It didn’t work at all; the only thing is did do was rile her up even more.

I also learned that running around like a madman while screaming and waving your hands around is also a less than ideal method when trying to get your puppy to stop biting you, but that’s a story for another time.

When I got Laika one thing was made abundantly clear from day one – she loved to bite. Never having dealt with a 40 pound nearly adolescent Shepherd mix before I sought out advice in the most convenient of places – the internet.

It wasn’t just one forum, one article, or one post — this yelping method is posted everywhere and it comes highly recommended. So when I tried it out for myself and it completely failed I was a bit perplexed to say the least.

via My Nice Profile

Everyone Wants to Know How to Stop Puppy Biting

It’s a nice little reminder about how just how much fun puppies can be. Who doesn’t love a new house guest that poops in the house, chews up your shoes, and bites everything that comes near it?

How to train bite inhibition, or teaching your puppy not to bite, is one of the most frequently searched terms when it comes to puppy behavior. You’ll see that question come up all the time on dog forums and facebook groups. So when it came to looking for a quick fix to puppy biting I knew I wasn’t alone, and that there had to be lots of good information out there.

And after looking at google searches for the term ‘stop puppy biting’ I realized how popular of a search term it is, and how many of us rely on the internet for advice. So not only do we find ourselves with a ton of biting puppies in our households, at least 1000 of us a day have no clue how to make it stop. So we seek out advice in the one place we know well – the internet. 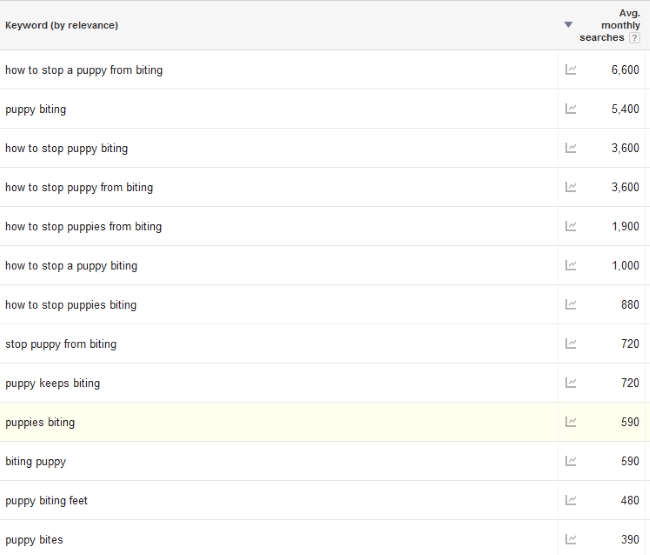 Nearly every article I read about puppy biting mentions the yelping method.

So I did, I tried yelping. Every time Laika touched my skin with those teeth I let out a high pitch yelp. In theory this is supposed to work the same way that it would if another dog yelped, a little reminder that “hey that really hurts” and that the biting game is over.

But do you know what happened when I yelped at Laika? She started charging and biting me even more.

She wasn’t just giving out nips anymore; she went into full on attack mode. My yelping was apparently a signal to go ahead and go full force. After yelping at her she not only continued to bite, but she added in all sorts of leaping, lunging, growling and tugging into the mix. Not exactly my idea of a great method, at least not for my little demon pup.

The “try yelping” method was a complete failure. Something that’s been said to work well for puppies ended up making my puppy worse. It didn’t stop the biting at all; it just made her go into instant attack mode – now with the bonus of additional enthusiasm and bite pressure. 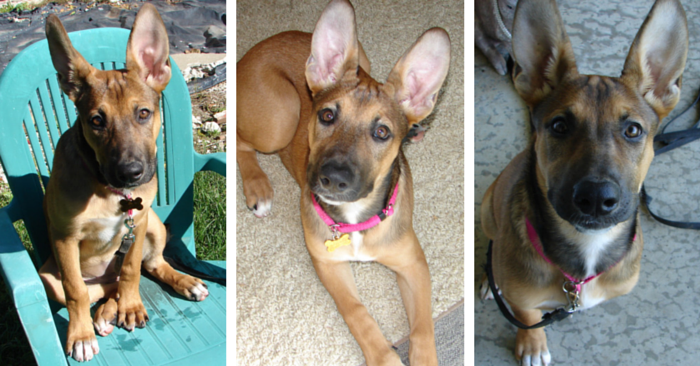 Try yelping failed me, but that’s not say it doesn’t work on some dogs. It does work on most puppies, it’s just didn’t work on mine. If I had found (or thoroughly read) this little tidbit I might have tried a new approach sooner:

Ninety percent of puppies will stop mouthing in mid-bite if you give a high-pitched squeal or yelp. Then you praise the dog and reinforce by continuing to play. The other ten percent—and puppies who are tired or over-stimulated—will escalate their behavior instead of stopping. This requires you to confine the puppy or end the game. Remove all attention. Bite inhibition training does not require any added aversive—yelling, “popping” the dog on the nose or under the chin, shoving your hand down his throat, or spraying him with water. – Melissa Alexander, Karen Pryor Clicker Training

This is all I needed to know. If I had found this gem before I started yelping I probably wouldn’t have had to spend so much defending myself from all those frenzied puppy attacks. 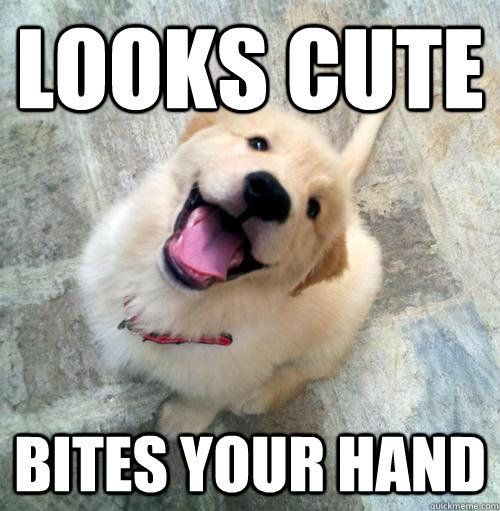 Even after all those bites and scratches I endured I’d still recommend trying the yelping method if you’re trying to stop your puppy from biting. It works on roughly 90% of dogs, and I’ve seen it work on plenty of dogs in my time, just not at all with Laika.

It’s just important to keep in mind that when it comes to dog training there’s isn’t always one “best” method. What works for one dog might not work on another. And in my case that method completely backfired. (And that running around like an idiot to get away from a biting puppy has a tendency to turn you into one big super fun dog toy to chase)

It worked on my two previous dogs, and I’ve seen it work well for my friends and family. I’ve read a lot of personal stories about how well it’s worked for puppies everywhere. It just didn’t work with Laika.

I don’t doubt it’s validity, but that’s the problem with any single piece of advice – results aren’t guaranteed. Some advice works really well for most people, some of it works for half, and on occasion some advice can make your problems worse.

In my case the advice I found to yelp at my dog led to some extra nips and scratches – nothing too serious in the grand scheme of things. But what if I had been seeking out medical advice for my dog or advice on a serious behavioral issue?

One piece of advice doesn’t guarantee a solution; and in my case it made my problem worse.

I got lazy when seeking online advice; instead of researching the topic thoroughly I scanned a page that said “yelp at your puppy to stop their biting” and thought I was ready to take on the world, or in this case one demonic puppy.

If you’re looking for tips on how to teach your puppy not to bite check out the following articles: