You are here: Home / Opinion / Why I Can’t Judge Everyone Whose Surrendered a Pet 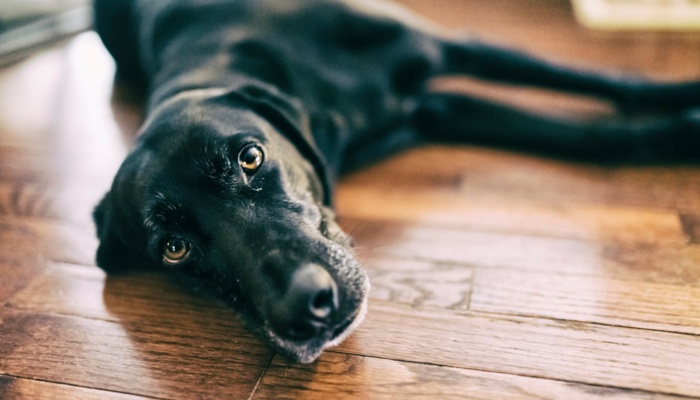 Why I Can’t Judge Everyone Whose Surrendered a Pet

I don’t judge everyone that’s surrendered a pet – I’ve done it too.

Now I bet that changed your opinion of me at least a little, and what sort of pet owner I could possibly be. But please read on before you judge.

The Conversations We Have About Surrendering a Pet

I don’t know what’s going on lately but there’s been a huge amount of discussions going around about owners surrendering their pets. You know the ones where we hear that he ‘surrendered his dog because of allergies.’ And yes, my first gut reaction is so say to myself ‘I would never do that’ or ‘that’s horrible,’ but then I think back to the day I was faced with that dilemma myself.

All of the conversations I’ve seen tend to be with a bunch of people that are into animal advocacy, and they generally end up with 99% of people coming to the conclusion that surrendering a pet = evil person.

And while I hate hearing a lot of the excuses that people use for surrendering their pet I have been on the other side. I’m not willing to automatically equate every owner who surrenders a pet as being pure evil.

I had to surrender my own dog years ago, and it’s something that haunts me to this day. But when it comes to the conversations we have about surrendering a pet it’s people like me that keep quiet. We don’t share our own stories, but maybe we should.

Working with rescues & shelters I’ve seen both sides of the issue. I’ve seen owners surrendering their dogs for ridiculous reasons such as “he chewed up my curtains,” but I’ve also seen those on the other side. The owners who are desperate for help, the ones who reach out for assistance, and the ones who are are willing to try anything in their power to keep their pets.

And yes, I hear way more stories about about owners surrendering dogs for seemingly silly reasons rather than those desperate for help. We all do. And I believe that’s precisely why we often think ‘what a terrible human being’ as soon as the word surrender is mentioned.

But then there’s people like me, one of those ‘evil people’ whose still haunted by the memory of having to surrender my dog.

The Time I Had to Surrender My Own Dog

When I was 12 we lost our home in a fire. At the time I lived with my mother and our dog Joey. It wasn’t a simple ‘the garage burnt down’ type of fire, it was a ‘your house is totaled’ fire. It happened in the middle of the night, and the fear of being trapped inside a burning building is a sensation I’ve never forgotten. Luckily we were all able to escape through a window.

The only positive to come out the whole situation was that the local paper called me a hero for getting us all out in time. So at least that meant I didn’t have to explain to everyone at school why I’d be wearing ill fitting sweat suits for the next 6 months.

I was 12 so many of the details regarding insurance and the like were completely foreign to me. What I do know, and remember quite vividly, is that and all of a sudden my mother and I, along with our dog Joey no longer had a place to call home.

So there we were, my mother and me, and our little Lab mix Joey. No home, no money, and no idea what to do. My mom had to keep her job, and I had to keep going to school. We didn’t have a place to keep him during the day, and we didn’t have anyone willing to take care of him. So the decision was made to surrender him.

I’d be lying if I said this doesn’t tear me up to this day, knowing that we had to “get rid of” our beloved dog. It does, and I’m sure it always will. But unfortunately sometimes shit happens and there isn’t an easy way out.

Now Joey was about a year old when this happened, and he was such a happy go lucky sort of dog. In my heart I knew that the right family would come along & love him as much as we had – but that didn’t make it easier. It was a small comfort to the trauma of losing both your home & dog in the same week.

We ended up taking Joey to the Michigan Humane Society under the promise that we would have to find a plan B if he didn’t end up getting adopted. But much to my relief (and sadness realizing that he was really gone) he was adopted 2 days later. 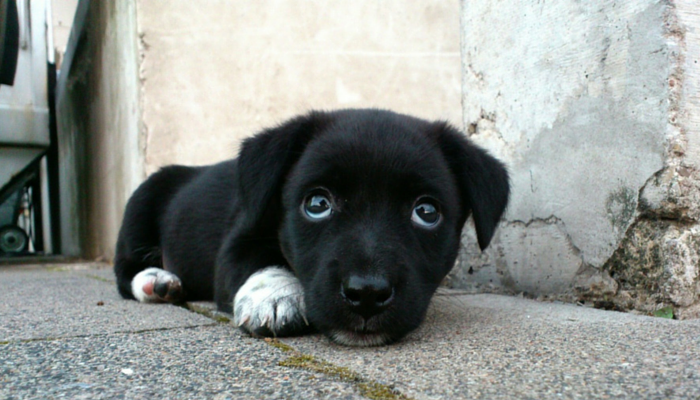 I don’t have any photos of Joey, because unfortunately we we lost them along with everything else we had in the fire. He was the sweetest black Lab mix with the cutest little white paws and the goofiest smile.

Why I Can’t Judge Everyone That Surrenders a Pet

Sometimes people end up with a dog with serious behavioral problems. Sometimes horrible things happen beyond your control, and being able to take care of yourself and your pets may no longer be feasible.

So while I understand the negative reactions to a lot of the silly reasons people surrender their pets I’m cautious to lump everyone whose done so together.

This is why you’ll never see my say things like “anyone who surrenders a pet is heartless.” I’ve been there, I’ve done it, and it’s not something I take lightly.

Now don’t get me wrong – things like “my dog chewed up my door so I’m getting rid of him” or “we’re surrendering our old dog because we got a puppy” happen, and those really piss me off. But I also know that for every 10 horrible stories we hear about animal surrender there are those like mine, of those who are forced into a shitty situation rather than choosing it.

So when I see all these conversations about surrendering a pet I tend to read and just keep my mouth shut, but I can’t help and wonder if there’s others out there like me who find the comment “everyone who surrenders a pet is evil” a bit hurtful. If so this is for you – I want you to know I don’t think you’re evil. I’ve been in the situation of having to make that heart breaking decision, and it’s not something I’d wish on anyone else.

So while I hate hearing about dogs being surrendered as much as anyone else I can’t just automatically judge them. A few of them are probably just like me. People who would have never considered doing such a thing unless something beyond their control happened, or something they truly can’t fix.

I still have nightmares about that fire, and I still wake up with tears in my eyes as I think about my dear little Joey. It’s not something I want to relive, but certain events don’t just go away, no matter how much we wish they would.

And I’d be lying if I said I’m not hurt a little every time I see the comments “I’d never surrender my dog” or “those people are heartless.” I understand where those comments are coming from, but please remember that there are valid reasons for surrendering a pet.

The fact that I’m one of those “heartless people” who surrendered a pet bothers me. But the comments themselves aren’t what really hurts, it’s the memories of losing Joey is what really breaks my heart. I think about Joey often, and I can only hope that he ended up in a home that loved him as much as we did.