You are here: Home / Roundups / Roundup: Judging Dogs and Their Owners 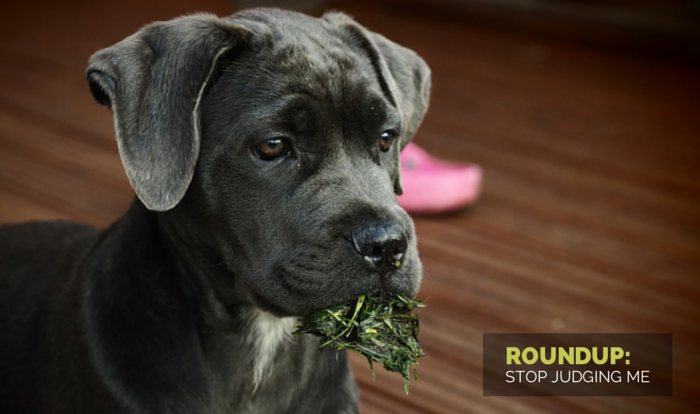 Roundup: Judging Dogs and Their Owners

Judging Dogs and Their Owners – My Favorite Articles

Like you I read a lot of blogs. I’ve been wanting to make a “blog roundup” for some time, though I could never decide on a specific theme.

To keep myself a bit more organized I decided to feature posts regarding a specific topic with each roundup. These are some inspirational posts about the topic of being judgmental – to dogs and their owners alike.

If You Bought Your Dog, I’m Not Judging You – DOGthusiast

If you Bought Your Dog, I’m Not Judging You. Jen at DOGthusiast wrote this great piece in response to a highly judgmental article that was on Dogster titled “If you bought your dog, I’m judging you.” She points out that while there are many healthy pets euthanized in shelters it’s not because someone bought a puppy from a breeder.

We in the pet community (especially those of us who’ve worked in rescues/shelters) can be extremely harsh when it comes to buying puppies. I’ve done it in the past and I regret it; when it comes down to it my argument doesn’t help the adoption movement. It only works to make someone feel guilty. As Jen points out it’s our responsibility to help spread the word about about adoption – not point your finger and play the blame game.

Don’t Judge a Book (or a Dog) By It’s Cover. SlimDoggy wrote this piece and it really illustrates how harmful snap judgments about dogs based on breed can be. It’s illustrated quite well with a great story about a Doberman named Warlock, yes Warlock.

The article makes the great point that different breeds have always been discriminated against throughout the years. We’ve put great stigmas on Dobermans, Shepherds, Rottweilers, and now it’s the Pit Bull. Many of these stigmas turn out to be quite inaccurate; don’t judge a dog based on breed, appearance, or even their name.

Our Dog Has Cancer and We’re Not Treating It. Stop Judging Me – Claire Magazine

. This piece in Claire Magazine really struck a chord with me. It isn’t my place to judge anyone when it comes to medical treatment for themselves or their pets. Yet in the news lately we’ve all seen that people are being judged for their own decisions.

I’m sure if we’re brazen and bold enough to judge a human that has a terminal illness about their chosen path it’s even easier to judge someone by the way they’re treating their pet. I would never want to be in the author’s shoes. The only thing that could make a tough diagnosis worse is not receiving support – just judgment.

Do We Always Have to Judge – Something Wagging

Do We Always Have to Judge?. This article from Pam at Something Wagging is great example of how judging is not the same as caring. She tells the story about a dog with a heart defect and how his owner has chosen to go ahead with the $32,000 corrective surgery.

In the end she’s completely right; whether we judge him or not his story goes on. Judging this man none of us know tends to lead to arguments that don’t address the real issues at hand. So I agree; I wish him and his dog the best outcome possible.

Why I Judge People Who Have Reactive Dogs – That Mutt

Why I Judge People Who Have Reactive Dogs. Lindsay at That Mutt wrote this wonderful piece about how people respond to their reactive dogs. As she points out we tend to think quite highly of ourselves. We rush to judgment when we see dogs behaving badly, and we tend to blame the owner.

We’ve all had experiences when our dogs acted up; so why is it fair to judge these owners? Well it’s not. Perhaps they don’t know what to do, maybe the dog was recently adopted. The point being is that we don’t really know and we shouldn’t make assumptions.

Why Do Homeless People Have Pets?

Why Do Homeless People Have Pets? The Homeless Hub brings up something I see asked quite a bit; it usually ends up into asking should the homeless have pets. It seems that no matter how close or far removed we are from the situation we’re always quick to judge.

The many benefits of animal companionship are enjoyed by the homeless just as much as those of us with shelter. Given the rates of animal surrender I find it quite heart warming that many homeless are so dedicated to their beloved pets. Even when facing such personal hardships they remain dedicated to their pets; who am I to judge? 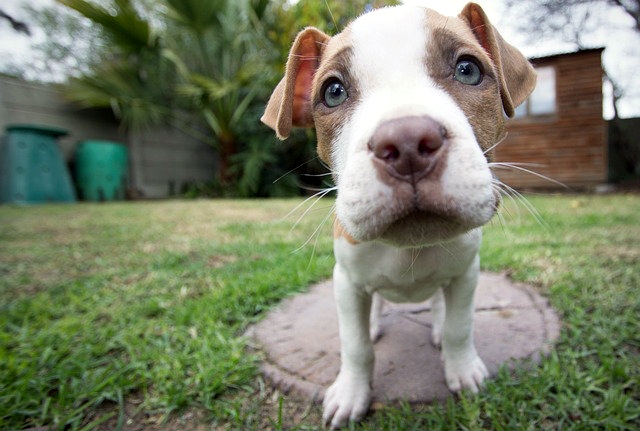 Do you find yourself judging a face like this?