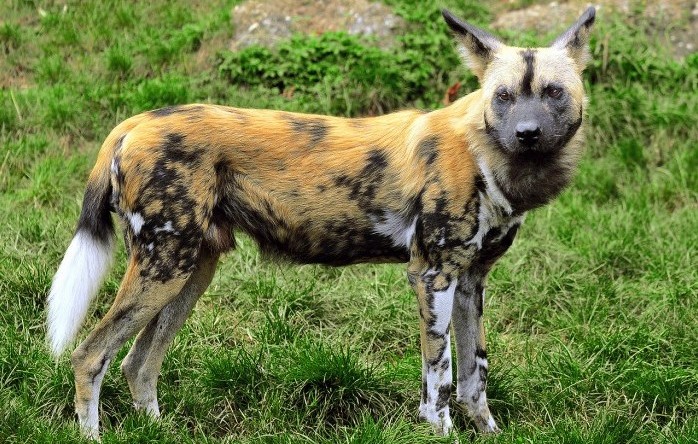 Scientists Are Finding Innovative Ways to Save Africa’s Wild Dogs

Their scientific name is Lycoan pictus but they’re more commonly called the African Wild Dog, and they’re in trouble. Their numbers have been steadily declining over the past few decades, to a point where there’s only about 5,ooo left in total. Despite multiple efforts to protect them there’s been no noticeable difference.

These wild dogs are endangered – and with the growing population in Africa keeping them out of conflict with humans is becoming more difficult. But researchers from the Norwegian University of Science and Technology have a plan. They’ve come up with an innovative solution to keeping these dogs away from people, and it’s with artificial pee.

Though Protected, Their Numbers are Dwindling

African Wild Dogs are genetically separate from domesticated dog, though they are classified in the Canidae family.

Wild dogs are classified in the family Canidae. As the only remaining representatives in the genus Lycaon they are phylogenetically unique. Wild dogs from East and southern Africa were previously considered to be a distinct sub-species. However, despite genetic and morphological research indicating some regional differences among populations, the features are not sufficiently distinct to merit sub-species classification. –WAG South Africa

Their situation in Africa is similar to that of the Wolf in the United States – they are considered endangered and protected – but people are still killing them. While Africa’s population grows it’s putting more strain on the enormous territory these wild dogs are used to roaming, much like bears in the United States. This has led to an increase in their conflicts with humans.

Wild dog’s encompass huge territories, often encompassing 100 miles, so keeping them safe has proven difficult with their ranges often crossing borders into unprotected territory. Fencing off areas for the dogs has been tried, but so far only the large scale fencing project in South Africa has seen much success.

Wild dogs range widely, so that even those inhabiting protected areas often contact human activity on the reserve borders. Over half the wild dogs found dead in protected areas have been shot, snared, poisoned, killed by road traffic or infected with diseases by domestic dogs outside the reserve. – Status Survey & Action Plan: The African Wild Dog

Making their plight even worse is that African Wild Dogs are susceptible to the same infectious diseases as domesticated dogs. Most notably are rabies and distemper – which have both had devastating results on the remaining packs.

Infectious disease can have major impacts on wild dog populations. Rabies contributed to the extinction of the wild dog population in the Serengeti-Mara ecosystem in 1991 and there have been several outbreaks documented in southern Africa. Canine distemper caused at least one whole-pack death in Botswana and thwarted a reintroduction attempt at Tswalu in South Africa. – Conservation Planning for Cheetah & Wild Dog 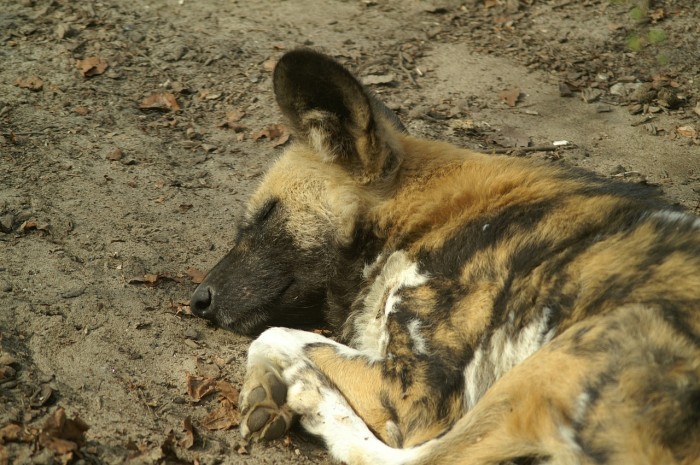 Though genetically separate the resemblance to our own dogs is quite striking.

Africa’s Wild Dogs Have Had a Sharp Population Decrease

The wild dog was quite populous just a few decades ago – there were 500,000 of them in 39 countries. But they’ve had a sharp decline recently, and new estimates believe there are roughly between 3,000 & 5000 of them left.

The species has been completely lost in 25 of the 39 countries in which it was formerly recorded just 30 years ago.

The African wild dog is seriously endangered due to human-carnivore conflict. Hunting and habitat loss has left fewer than 5,000 wild dogs in all of Africa, as their historic range has shrunk almost 90%. – African Wildlife Foundation

Since artificial barriers such as fencing has proved mostly unsuccessful a new set of researchers has come up with a different plan to help save the African Wild Dog.

They’re trying biological barriers to keep the dogs contained in specific areas. Just like our dogs these wild dogs mark their territories with their own scent. They stick together with their own packs and don’t like to intrude into another packs territory.

So researchers collected sand that had been soaked with urine from wild dogs and moved it near other packs to keep them contained to certain areas, and so far it seems to be working. For now these scent markings left by scientists are keeping the dogs from moving into another packs perceived territory.

Although this method is promising the collection of large amounts of wild dog urine remains quite a challenge. Scientists are now working in labs, trying to create artificial wild dog urine.

Dr. Tico McNutt in Botswana is working on a project that is experimenting with creating artificial urine to keep wild dogs away from populated areas, in combination with traditional fencing. Artificial pee may thus help save the African wild dog. – Science Daily