You are here: Home / Research / Does Your Dog Wag His Tail to the Right or Left? 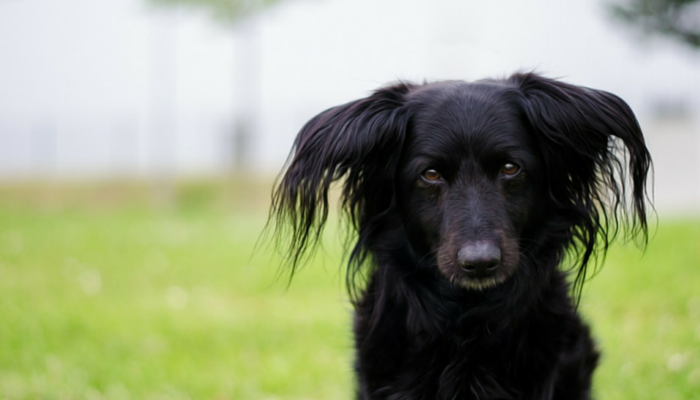 Does Your Dog Wag His Tail to the Right or Left?

The direction of your dogs tail wag can tell you a lot about his emotional state. A tail wagging more to the right indicates relaxation, and a wag to the left is shown in times of fear and uncertainty. And contrary to popular belief a wagging tails does not always indicate a happy dog.

Does Your Dog Wag His Tail to the Right or Left?

One of the most common misconceptions about our dogs is that a wagging tail always represents a happy dog. Many tail wags are associated with happiness, but tail wagging can also indicate fear and insecurity. A dogs tail tells you lot about their mood, both by it’s position and the direction it’s wagging.

Which way does your dog tend to wag his tail – to the right or left? Research has shown that when a dog is wagging his tail to the right he’s more relaxed. Whereas a wag to the left is exhibited when facing something unfamiliar in which the dogs heart begins to race and they show signs of fear and uncertainty.

Research has shown that our dogs show clear hemispheric preferences (right vs left brain) in more than just tail wags. These preferences have also been shown in the way they respond to scents, sounds, and emotions.

How to Tell Which Way Your Dog’s Tail is Wagging

It is important to understand that we are talking about the dog’s left or right viewed from the rear as if you are facing in the direction the dog is viewing. That means that if you are facing the dog and drew an imaginary line down the middle of his back that positive right-sided signal would appear as tail swings mostly curving to your left. – Stanley Coren PhD Psychology Today

Humans may have taken a long time to catch onto this bias in the tail wag but our dogs have likely been doing it for ages. Research has shown that dogs can decipher the movement of a tail wag in another canine immediately.

Dogs respond emotionally to the direction of tail wags. A study released in 2013 found that when dogs see another dog wagging it’s tail to the right they’re more relaxed, when the wag is to the left they become more stressed.

The team tested 43 dogs while they saw other dogs wagging their tail in an image created to remove all other outside stimuli. The dogs were fitted with vests that monitored their heart rates. When the dogs saw a silhouette or image of a dog wagging it’s tail to the right they remained relaxed. When shown a dog wagging it’s tail to the left their hearts began to race.

How Many Cues Have Yet to be Discovered?

The research team that conducted the 2013 study is the same one that originally discovered that when dogs are approaching something familiar, such as their owner, they wag their tails to the right. And when faced with something they’d rather not approach, such as another dog acting aggressively, their tails wagged to the left.

Since dogs have been shown to use a lot of right vs left hemispheric preferences it leaves me wondering how many other cues we have yet to pick up on. Looking at it now the direction of a tail wag doesn’t seem subtle at all; imagine how many other signals they’re giving off that we have yet to understand.

Does this mean that dogs with docked tails have one less obvious means of communication? Does it put them at a disadvantage when interacting with other dogs?

What’s clear is that dogs are using many visual cues when responding to other canines. What’s unclear is how many other signals and messages our dogs might be giving that we haven’t began to recognize.

What I do know is that I’m going to be trying to pay more attention to my own dogs tail. When she’s faced with meeting a new dog I’ll be sure to watch how their tails are wagging. If they’re both going to the left I’ll know it might not be a friendly meeting after all and I might just walk the other way.

Does Your Dog Wag Their Tail to the Right or Left?

So does your dog wag to the right or left? Do you notice a difference when he’s excited or nervous?