You are here: Home / Opinion / An Open Letter to Anyone Whose Shamed People in Lost & Found Pet Groups 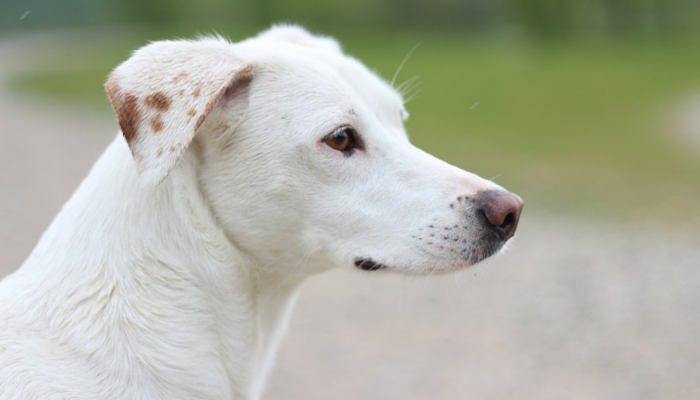 Call me weird, but one of my hobbies is trying to find lost dogs. It’s a hobby I started years ago, after my own dog Carter went missing for a week. He took off after a transformer blew up in our back yard, and I can’t even count how many hours I spent searching for him. In that instance I got lucky; I got my Carter back. My story had a happy ending.

But that was one of the most stressful weeks I’ve ever gone through, and I wouldn’t wish it on anyone. If there’s any chance that I can help find a lost pet (or at least help network ones in my area) you can count me in.

Full disclosure: Laika and I haven’t actually found any lost dogs in real life. That’s probably because she’s not an actual search dog, and I’m not an actual search handler. But hey, we try. While my search skills in person might not be the greatest, my internet skills have proven slightly better. I’ve helped reunite 6 lost pets through cross referencing groups, craigslist & shelter sites. Am I changing the world with this hobby? Well, no, not on any large scale. But for me it’s one way to use spare time that feels meaningful.

I even created a big list of Michigan Lost & Found Rescources so I (along with anyone whose lost a pet in Michigan) can have a handy list of lost & found groups in one place. If you’ve ever googled “lost pets in (insert location here)” you’ll understand why I created it to begin with. It turns up hundreds of individual sites & groups that may or may not be helpful at all. In other words it’s a hot mess.

So I spend a lot of time on lost & found pet groups, hoping that I can help in some way. And of course since it’s the internet there’s always drama. Why does there need to be drama when it comes to lose & found pets? Hell if I know. The internet brings all sorts of trolls out into the open. So today I thought I’d address those morons.

Apparently we need a quick reminder about the purpose of lost & found pet groups. They’re a place to post lost & found pets — simple as that. They’re not a free for all group where you can get your jollies off by shaming others.

Luckily the moderators of these groups are generally pretty quick about deleting your nasty posts (which is why I don’t have screenshots). But I still see them, and they still piss me off every time they’re posted.

Since you’re choosing to ignore the guidelines of these groups I’ll take this moment to elaborate further on why you need to take your shaming elsewhere.

They Are For Helping Others, Not Shaming People

Lost & found pet groups are for helping others. They’re for finding lost pets, not shaming others. It’s clear from your posts that you believe anyone who has lost a dog is irresponsible. Perhaps before I lost my own dog I would have agreed with you. But after my own experience and seeing it happen to others I’ve realized that sometimes shit just happens.

My dog Carter took off from my backyard years ago. We were playing frisbee when the transformer that I’d never paid much attention in the very back corner of our yard blew up. He was gone in an instant. He took off as fast as he could and kept on running. Luckily for me my story had a happy ending. A very nice gentlemen found him and called us via the number on his collar. We got him back after a week, and it’s a week I’ll never forget.

If you’ve never spent hours walking & driving along every road within a 5 mile radius of your home desperately calling for your dog and praying that you don’t find him on the side of the road let me tell you — it’s not fun. This was before the internet was a big thing, so we were stuck with canvassing and making fliers. The whole process leaves you emotionally drained. It’s such a hopeless feeling, and every day that feeling just gets worse.

So when I see people shaming others in that same situation I get pissed. I know you’re just looking at a photo of a lost dog on the internet, so you don’t have any real attachment or feeling towards it, but to me it’s personal. When you keep leaving “why wasn’t your dog on a leash” comments you can be sure the only thing you’re doing is hurting a person whose already suffering.

Some dogs take off following a car accident, some get stolen, some with anxiety issues break through windows & escape. Not every dog that gets lost is due to an irresponsible owner.

I understand that in your own mind you think posting “Why are so many pets getting lost? So many irresponsible owners without leashes on their pets, it’s sad” after every single listing of a lost pet is going to help. Or maybe you’re thinking that your super important awesome message will somehow stop pets from getting lost in the future. I take that back, I don’t actually know what you’re thinking. You’re just being a dick.

What I do know is that your message is irrelevant when it comes to finding a lost pet, and it’s just making people in a horrible situation feel even worse.

It’s like telling someone whose house burnt down that they should have had batteries in their smoke alarm. First, you have no idea why the fire started. And second, fires start for various reasons; they don’t just spontaneously happen when a fire alarm runs out of batteries. Sometimes shit just happens. Maybe the pets who got lost had leashes on, but that certainly doesn’t mean they can’t get lost. Dogs with leashes attached get lost too.

You’re telling someone that they should have done A to prevent B. But the problem is B already happened, so your point is moot.

You Don’t Know The Whole Story

If you think anyone whose lost a dog is irresponsible fine. You’re entitled to that opinion. But just remember for a second who your “stupid people keep losing their pets” comments are being read by.

One of the recent nasty comments I saw was directed at a woman who was stuck in the hospital with a broken pelvis. She’d gotten into a bad car accident with her dog when he took off, and she was trying to get him back by any means possible. She had her friends searching along the interstate while her family searched all the local shelters. And as they did that she was posting in every lost & found group she could find. Unfortunately her story didn’t have a happy ending. Her dog was found deceased a few days later.

Are you happy you left that nasty comment now? Did that burn get her real good? You don’t know the whole story, and your nasty comments aren’t helping anyone. The only thing your comment proves is that you have nothing meaningful to do in your spare time. 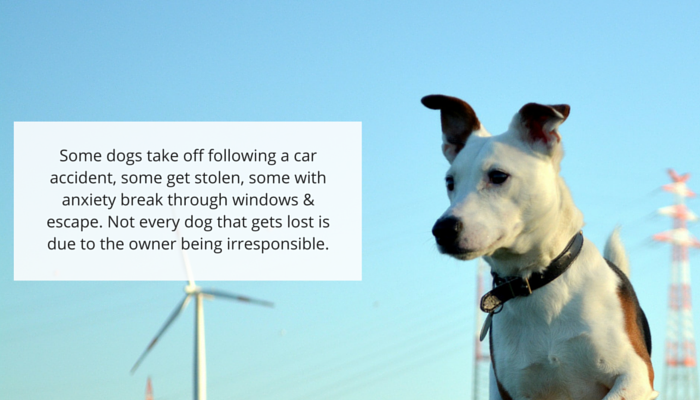 I know it’s the internet, and it’s really easy to be a dick, but please stop shaming people who are asking for help. You might think you know it all, but you you certainly don’t know their whole story.

People on lost & found pet groups are asking for help. They’re desperate to find their pet, so follow the golden rule of being a decent human being. Don’t comment if you don’t have anything nice to say. Don’t kick people when they’re already down.

I don’t know why these comments bother me so badly. I know it’s “just the internet” and they’re “just trolls.” But it hurts. I’ve lost my dog, and the hopelessness I felt was horrible. And I know if I’d received a bunch of nasty comments about how irresponsible I was I would have felt ten times worse — even if they’re from some random dickhead on the internet.

Is Positive Reinforcement Training Finally The Norm?
The Question I Want to Ask People Who Surrender Their Dogs
Why I Won't Play Into the Rescue vs Breeder Debate
Confession: My Dog is Super Fussy, And It's Probably All My Fault
878 shares
« 3 Misconceptions About Comforting a Fearful Dog
Roundup 64: Favorite Dog Articles & Videos of the Week »