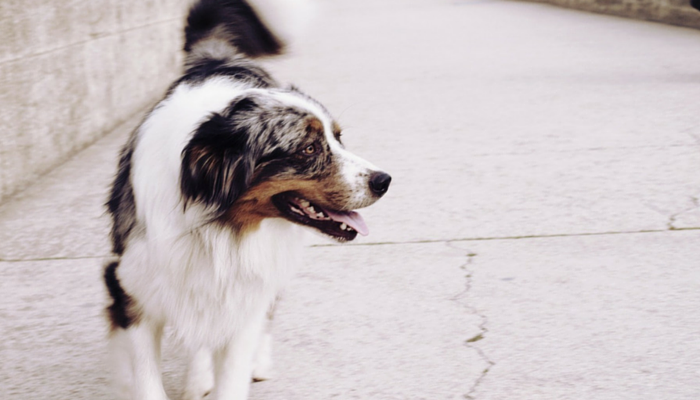 The internet is a great tool for networking lost & found pets, but trying to filter through all the sites is overwhelming. If you’ve lost a pet in Michigan this list of groups and sites can help get you started. Here’s a comprehensive list of Michigan lost & found pet resources.

Quick Reminder About Finding Lost Pets: If you’ve lost your pet the first thing you’ll want to do is start with your local animal shelter or animal control facility. In Michigan, pets that have some form of ID, including tags or a microchip, are held for a week. Animals without ID are to be held for 4 days.

Be sure to have someone check these facilities in person rather than call — with all the dogs & cats coming in it’s easy for shelter workers to miss something when you make a call.

If you’re missing a pet the first page you should visit is the For The Love of Louie facebook page. With over 185,000 members it’s the most active Michigan lost & found pets group by far. It’s ran by a group of volunteers and it’s updated multiple times a day.

There are more groups than this, these are just the most active ones that have at least 500 members. So if you’ve lost or found a pet go on Facebook and check to see if your city or county has a lost & pet group of their own.

If your pet goes missing you’re also going to want to check the local craigslist lost & found listings. Here’s the direct link to the lost & found sections for Michigan. 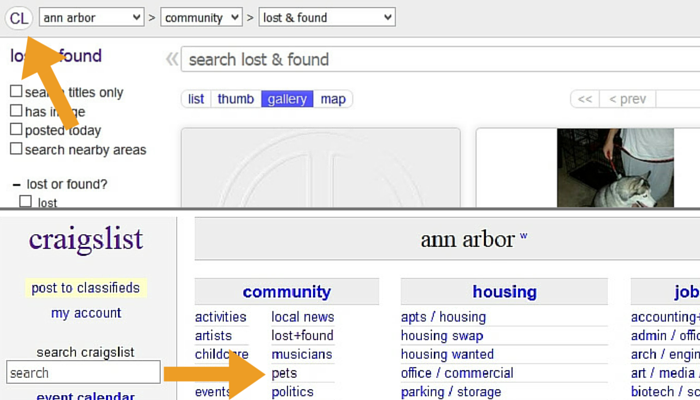 These are listings dedicated to lost & found pets ran by Michigan animal shelters, separate from their listings of adoptable animals.

Many other shelters throughout the state have similar services, and some even list their stray intakes on their facebook pages. Find out which animal shelters are near you and be sure to visit them in person to check for your lost pet.

If you lose your pet be sure to check with your local animal shelters & humane societies.

These are the most active lost & found pet websites for Michigan residents. I don’t have any personal experience working with them as far as posting listings goes, but they do each have a searchable database.

Did I miss any Michigan lost & found pet resources? You can help keep this list updated by sending me any additions or updates.

373 shares
« Dogs & Humans Can Estimate a Dogs Size By His Growl
Roundup 32 – Favorite Dog Articles, Deals & Videos of the Week »