You are here: Home / Opinion / Confession: My Dog is Super Fussy, And It’s Probably All My Fault 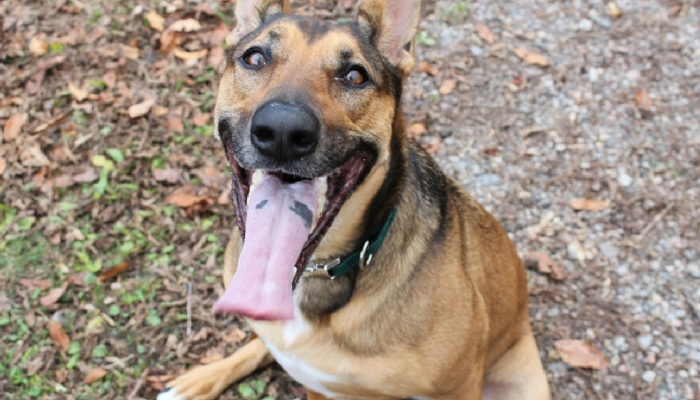 Confession: My Dog is Super Fussy, And It’s Probably All My Fault

Have you ever been petting a cat when all of a sudden they go into full on demon mode? Things are nice and relaxing one minute – they’re purring and enjoying a nice kitty massage but then suddenly they decide that omg why did you touch my belly you incompetent fool and before you realize what in the hell’s going on they’re kicking you with their back legs & biting your arm… 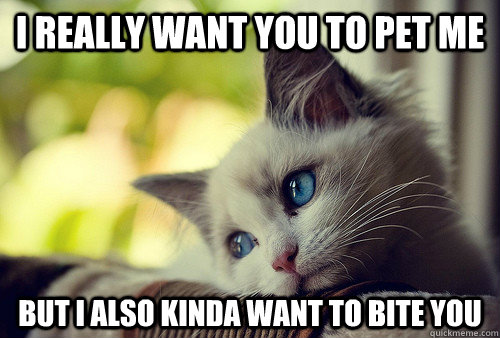 Confession: My Dog is Super Fussy, And I’m Sure It’s All My Fault

Well my dog is like that, and it’s really embarrassing. She’s not aggressive per se, and she doesn’t bite, but she certainly goes from this is so awesome, you’re the best masseuse in the world! to what in the hell do you think you’re doing touching my foot??? in less than a second.

She grumbles, she groans, and she flops around like a damn fool if you touch her the wrong way – and this includes lightly brushing up against her tail on accident or daring to touch one of her precious her back feet. It’s the same way a puppy acts when they’re super hyper & playful – and she still does it at 5 years old. My dog is super fussy.

I don’t get it, I really don’t. Dogs (at least all the ones I’ve had over the years) are generally pretty laid back when it comes to being pet. And for the most part they’re pretty trusting when it comes to all the weird things we like to do to them such as clipping their nails, cleaning their ears, or brushing their teeth.

But Laika? Well she doesn’t want any of it, and she’s certainly not afraid to let you know about her dislike about anything. She can’t even tolerate a light brushing with a super soft hair brush for more than 10 seconds before she starts having a fit. She’ll flop around, roll on her back, and start pawing anything that comes close to her.

For the most part I’m used to it. 5 years of this fussiness seems pretty normal to me, but when we have to go to the vet? Oh dear…She screams bloody murder when getting shots, and she spends most of the time on her back pawing away any stethoscope or vet hands that come her way. It’s slightly embarrassing to say the least, and it’s definitely one of the reasons why making a trip to the vet is something I consider a debacle.

Now what I don’t understand so much is why. Why all the mistrust? Why all the fussiness? We made trips to the vet on many occasions just for her to get treats from the staff & get weighed – you know, simple good stuff to get her used to the place & a way for her to feel more comfortable there.

Has it seemed to work? Not really.. I mean we can go to the vets office and stay in the waiting room no problem. But when it’s time for her examination? All hell breaks lose again. She’s flopping around, groaning, and acting a fool – making it nearly impossible to get anything productive done. At home I can barely look inside her ears without immediate suspicion – at the vets office done by a professional it’s pretty much a no go. 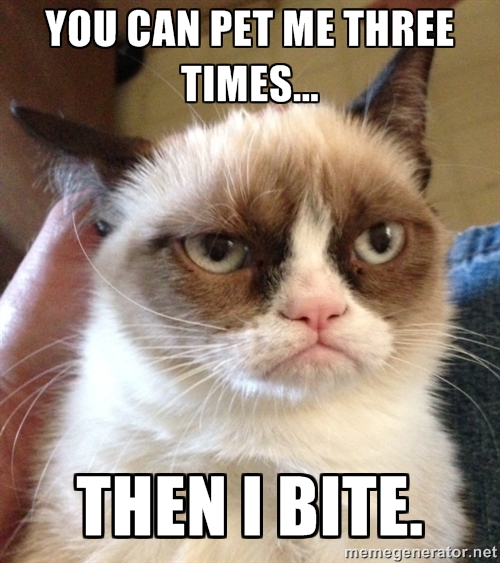 My Dog’s Fussiness Is Even Worse at the Vet

Unfortunately because of this going hog wild act of hers she now gets muzzled at the vet. She’s never bitten, and she doesn’t growl much, but she’s so damn vocal I feel it’s better to err on the side of caution. Did I mention how embarrassing this is? OK just wanted to make sure you got that point.

Compared to any of my previous dogs I have spent more time with Laika trying to desensitize her to all the weird things that humans will do to her at some point in her life. I’ve clipped her nails at least weekly for 5 years using the best treats possible, always remembering to take it slow since it’s obviously not a favorite activity of hers.

I’ve been brushing her teeth every day for years, but do you think that stops the madness? No. Every single night it’s the same old flopping about & groaning, even though I’m as gentle as possible. I make it a habit of looking in her ears and examining her eyes even when I don’t think anything is wrong – just to get her even more used to it, and letting her know that nothing bad or hurty will happen, yet she still looks at me with that look I know all to well. The one that says I’m about to freak the frak out if you touch my ear one more time. After years of this I’m starting to wonder if I’m the problem… 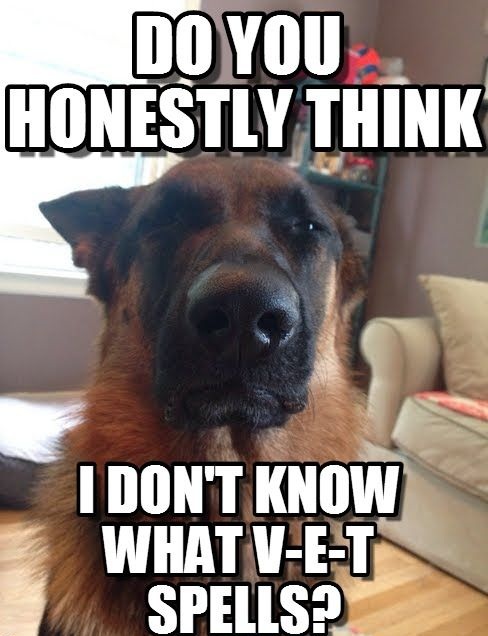 So back to that original question about petting cats when they all of a sudden turn & go crazy mode bitey face defensive on you… Is that something that’s seen in dogs other than my own? Or is my dog just super fussy?

I guess no matter what the reasoning behind Laika’s fussiness is the end game will remain the same. She’s my heart dog, and no matter how fussy she gets when I go to brush her teeth I’m going to keep on doing it – no matter how much she protests. It’s good for her damnit, and one of these days I’m guessing she might just settle down enough for us to get it done without any hassle.

When you look up fussy dog in google you get a whole lot of stuff about dogs not eating. I get it, that’s a pretty big issue for many dogs, yet it made me wonder if I was alone when it comes to having a dog that’s fussy when it comes to other stuff – such as taking a bath or getting nails trimmed.

So please tell me I’m not alone on this..Does your dog get fussy when it’s time to clip their nails or take a bath? How do they show you their dislike? Do they flop around, howl, and act like a buffoon? Any theories on why some dogs seem so overly sensitive and/or defensive when it comes to things like nail clipping or taking a bath?