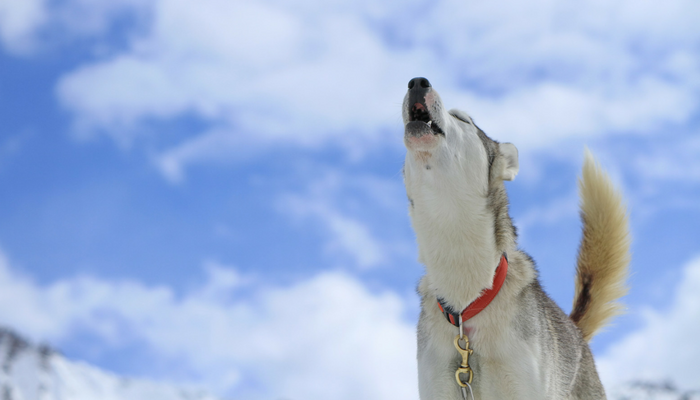 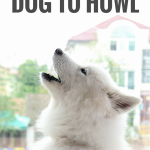 Do you know how to make your dog howl? Do certain noises that trigger howling in your dog? For me it’s as simple as howling myself — that always gets my dog going. She also has the habit of howling in her sleep — but that’s a story for another post.

But making all dogs howl isn’t quite that easy. Some seem to howl much easier than others. For those dogs you’ll probably need to try out a few different noises until you find out which ones get your dog going. Here’s 5 tips on how to make your dog howl. (Plus 7 videos at the end designed to get your dog howling)

So why do dogs howl anyways? Howling is a normal behavior in dogs, and it’s one of the natural instincts leftover from their wolf ancestors. Howling in dogs is a form of communication just like barking and whining. Dogs howl to make contact with others, get attention, signal distress, and to announce their presence. The most common reasons for dogs to howl are:

Like barking and whining, howling is just another form of communication for dogs. It can mean they’re looking for some extra attention, or it might mean they’re on high alert. It’s one of the many ways in which they communicate with one another. In some cases your dog howling may indicate an injury or illness.

A lot of dogs will howl to the high pitched sounds of harmonicas, ambulances, dogs in the distance, or their owners singing. Some dogs, like Huskies, are known to be more vocal than others, so getting your Husky to howl may be a lot easier than getting your Chihuahua to start howling.

More vocal breeds—like huskies and most hounds—are more prone to howling in general, and thus would be likelier to wail along to music than say, a bichon frise.  – Why Do Dogs Sing Along to Music? 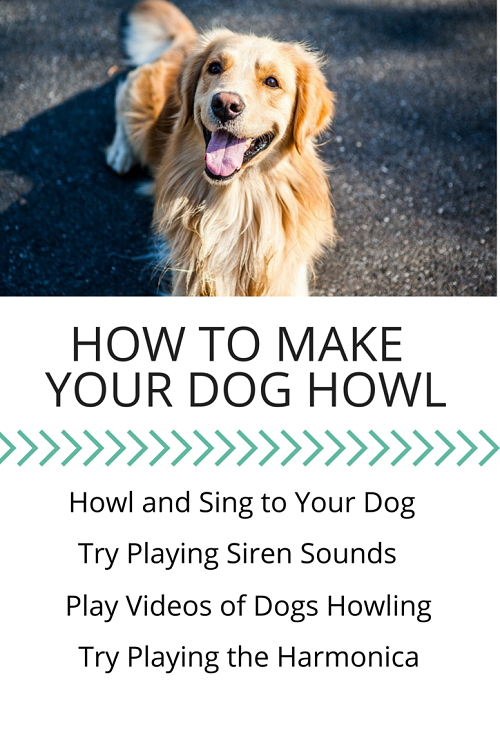 Want to get your dog howling? Try these 4 methods.

5 Ways to Make Your Dog to Howl

If you want to make your dog howl the first step will be determining what noises they respond to. Some dogs will howl to high pitched sounds such as alarms and sirens. Sometimes the sound of another dog howling in a video is more than enough to get them going. For my dog I just have to start whistling to get her to howl.

Here’s 5 ways you can make your dog howl:

After you find which method gets your dog howling you can promote the behavior further. Give him a treat when he howls and tell him he’s a good boy, just as you would with any form of trick training.

With enough practice and encouragement you’ll be able to get your dog to howl on command, just as you can get him to sit or lie down.

Getting Your Dog to Stop Howling

Now if your dog howls too much and you’d like him to stop the first step is finding out what’s triggering the howling to begin with.

If your dog is howling for your attention while you’re at home you’re going to learn to start ignoring the behavior and reward him when he’s quiet. We often spend too much time focusing on correcting bad behaviors that we forget to praise the good. When you consistently praise your dog for doing something (in this case being quiet) they’ll know that they’re doing the right thing, and with proper encouragement they’ll be more likely to continue that behavior.

If your dog is howling when he’s alone it could be from separation anxiety or being lonely. Does your dog also pace around and act nervous when you leave the home? If so it might be separation anxiety. If you’re unable to manage your dog’s anxiety on your own reach out to a trainer in your area for help.

If you suspect your dog is howling because he’s lonely try spending some extra time with him. Create some simple boredom busters for him, give him more mental stimulation, and give him plenty of games to play inside.

Pain and discomfort can cause changes in your dog’s behavior, so if your dog is barking or howling more than usual it might be a good idea to make an appointment with your veterinarian.

If you want to teach your dog to howl check out the following videos. Here’s 7 videos that are guaranteed to make your dog howl.

Dogs reaction to “guaranteed to make your dog howl” video.

This one comes with a “guaranteed to make your dog howl.”

Dueling Huskies – I don’t know if I’d love to have two Huskies or instantly regret it.

Another video guaranteed to make your dog howl.

What Noises Make Your Dog Howl?

What noises work to get your dog howling? Is it sirens, videos of wolves howling, or your own beautiful singing voice? Let me know in the comments below.