You are here: Home / Dog Articles / 15 Safety Tips For Your Dog During Hunting Season 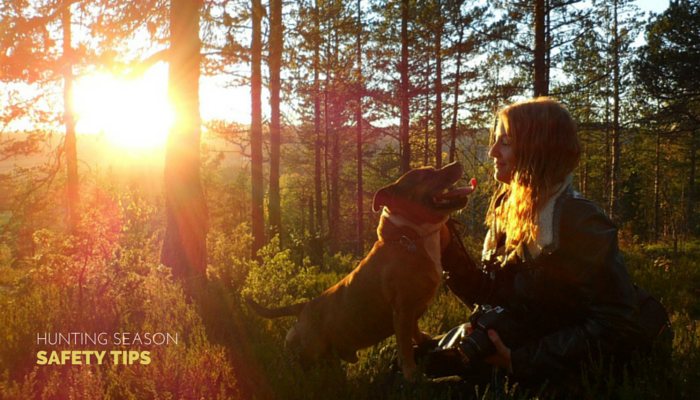 15 Safety Tips For Your Dog During Hunting Season 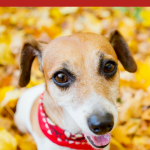 Hunting season can be a pretty dangerous time for dogs, but that doesn’t mean you have to stay indoors the whole time.

If you live out in the country like I do you’ll want to take some extra precautions when taking your dog out this fall. You can still go out and enjoy the great outdoors with your dog during hunting season by following a few simple safety tips.

Pets Should Not Be Left Unattended Outdoors During Hunting Season

The most important safety tip to keep your dog safe is to keep an eye on them at all times. Keep them leashed, and don’t leave them unattended outdoors during hunting season.

Dog’s need daily exercise, and for a lot of us that includes outdoor walks. You can still go out and have fun with your dog during hunting season, just make sure you stay with your dog and don’t leave them unattended.

The dogs most at risk are those that accompany hunters, but you should still take extra precautions when going outdoors with your dog. Even though hunters are encouraged to recognize their target shooting accidents can happen.

Find Out When Your Local Hunting Seasons Begin & End

These vary by state; check with your states hunting or wildlife agency to find out when the season officially begins. If you live in the United States check out this list of Fish & Wildlife services to find out when each hunting season begins in your state.

Avoid Going Out in the Woods On Opening Day/Weekend

In many states opening day for certain hunting seasons is treated as a holiday. You’ll want to avoid being out in the woods with your dog on popular hunting days since you’ll encounter more way hunters than usual during the opening of hunting season.

Find Out Where Hunting is Permitted

Some public parks don’t allow hunting; it depends on your state’s regulations. There’s a few metro parks in my area that don’t allow hunting, but the state parks do. These rules can change depending on current deer populations. Check with your local wildlife service to find out what lands near you allow hunting.

Keep Your Dog on Leash During Hunting Season

If you’re going to be walking out in any rural areas it’s best to keep your dog on leash, and this is especially true during hunting season. If you live near any public land that can be used for hunting the last thing you want is your dog wandering off or chasing after a deer.

Discourage Your Dog From Chasing Wildlife

Get Your Dog a Bright Orange Vest

One of the ways you and your dog can stay safe during hunting season is by making sure you stand out. If you’re going to be out in the woods it’s a good idea to wear bright orange clothing to really stand out.

Hunters must wear ‘hunter orange’ by law in Michigan, and many other states have similar statues. It’s one of the easiest ways to make sure you stand out and stay safe during hunting season.

They sell “hunter orange” vests & clothing for dogs, but if your dog isn’t comfortable in a vest you could use a bandana. The orange is meant to be easily visible in all but the thickest of woods. 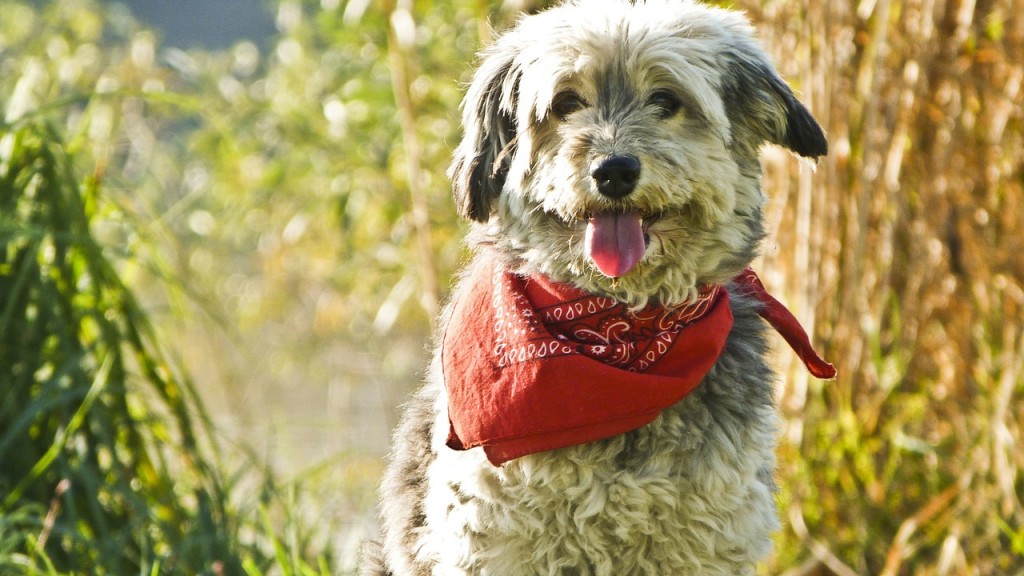 If your dog doesn’t like to wear vests you can opt for a bright bandana or collar.

When in the Woods You Should Wear Bright Colors as Well

Wear clothing that will stand out in the woods. Avoid neutrals or earth tones, and make sure you and your dog are easily visible. The last thing you want is to blend in with your surroundings during hunting season.

Be Prepared for Declining Daylight

If you’re going to be walking your dog in the woods remember that there’s going to be less daylight hours.

Attach a Bell to Your Dogs Collar

The bell will make it easier for you and others to keep track of your dog. If you don’t want to use a bell don’t be afraid to make some noise – making yourself known to hunters.

If You Spot a Hunter Make Yourself Known

Don’t assume that the hunter sees you first. The safest thing to do when you spot a hunter is make sure you get their attention rather than trying to sneak around.

For Walks Choose a Park Where Hunting is not Permitted

Laika and I still like to get in some good, long hikes in the fall. We found a nice park 4 miles away that doesn’t permit hunting so we can still get in some long hikes.

Be Aware That Dogs Can Be Spooked by Gunfire

Dogs that aren’t trained to hunt may very well be scared of gun shots. Keep them on a leash to prevent them from running off.

Avoid Walking on Trails in the Early Morning or Late Evening

Both you and hunters will have a harder time distinguishing what they’re seeing in limited light.

You’re less likely to run into any hunters following a well traveled road.

Don’t Leave Your Dog Unattended in the Yard

This is especially true in rural areas where your land might back up woods where people are hunting. Just because an area is marked private property doesn’t mean everyone will follow the rules. Some hunters have been known to climb fences to hunt on private property.

Laika and I change up our walking routine during hunting season. Instead of walking the woods around our house we go to local parks and stick to the road. There’s plenty of parks that don’t allow hunting. If you’re not comfortable walking your dog near hunters check out your local parks. Laika certainly doesn’t mind the change of scenery.

During the work week it’s a bit challenging to get out in the evening. It gets dark by the time I get home so we’ve also found a ton of indoor activities for the fall & winter months to keep her active and mentally stimulated. We still do early morning walks everyday and our weekends include lots of outdoor exercise.

You don’t have to stay indoors with your dog during hunting season. With some knowledge of your surroundings and effort you can have a safe, active, and enjoyable autumn with your canine companion.