You are here: Home / Dog Training / Please Stop Asking “Whose Walking Who?” 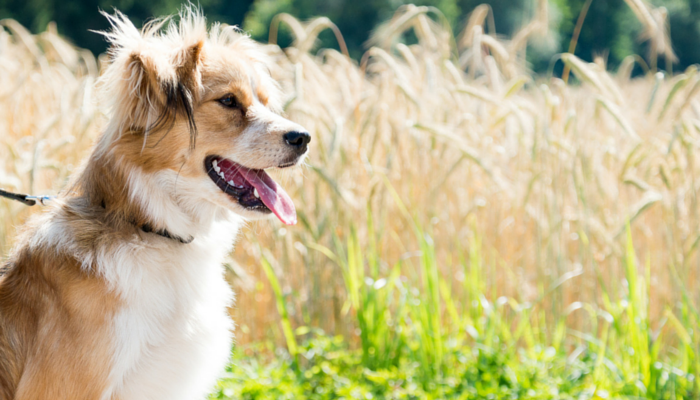 Please Stop Asking “Whose Walking Who?”

Not only do I allow my dog to walk in front of me – I even let her walk through doors before me. I know what you’re thinking; “but letting a dog walk ahead of you means they’re in control.” Does it really? In control of what? My home, my thoughts, all of my hopes & dreams?

Nearly every time I’m out walking Laika someone has to ask “whose walking who?” What makes it worse is that it’s usually someone yelling out their car window which is always a bit startling to say the least. And guess what? It’s getting old. I’ve heard it before, and most likely you’re the 7th person I’ve heard it from today.

Every time someone asks me “whose walking who?” I want to scream. It’s like telling the cashier at the gas station “you’ve got the good job, you get to take all the money,” it’s far from true – and trust me, she’s heard that little comment thousands of times before.

When I’m walking with Laika it doesn’t matter that she’s not pulling – it’s just the visual of a dog walking in front of the owner that makes people ask “whose walking who?”

There’s a popular belief that allowing a dog to walk ahead of you, whether it’s on walks or through doorways, puts them in control.

Far too many times dog owners have been given advice to “show the dog who’s boss” and “be the alpha.” The unfortunate side effect of this thinking is that it creates an adversarial relationship between the owner and their dog with the belief that the dog is somehow trying to control the home and the owner’s life. Such misinformation damages the owner-dog relationship, and may lead to fear, anxiety and /or aggressive behaviors from the dog. – The Association of Professional Dog Trainers

And then there’s the dog whisperer who says that in order to master the walk you need to be in front. He says that letting your dog walk ahead means you’re giving up control, and you’re no longer going to be seen as the pack leader.

Well guess what? I don’t buy into that – and when I’m out walking my dog I’m doing just that – walking my dog. Letting her stop to sniff doesn’t mean I’m giving up control, it just means that I’m letting her sniff. Why do we still believe that everything needs to be a battle over dominance and control?

Instructing owners to eat before their dog or go through doors first will not influence the dog’s overall perception of the relationship – merely teach them what to expect in these specific situations. – Using ‘Dominance’ To Explain Dog Behavior Is Old Hat

Yes I let her sniff, and yes I let her walk ahead. If she’s not pulling why does it matter? My dog has good leash manners and that’s what matters to me. And no, those manners didn’t come easy, but we achieved them without resorting to punishment.

So please next time you want to yell out the car window “whose walking who?” just remember that you’re little comment is far from cute or original; it’s been heard thousands of times before. Didn’t your mother ever teach you that yelling at strangers is rude?

The only thing your comment tells me is that you believe in dominance training. While I’m out having a nice relaxing walk with my dog, letting her stop to smell the roses, you can go back to leash popping & trying to dominate yours.

Which dog do you think benefits more from their walk?