You are here: Home / Roundups / Roundup 41 – Favorite Dog Articles & Videos of the Week 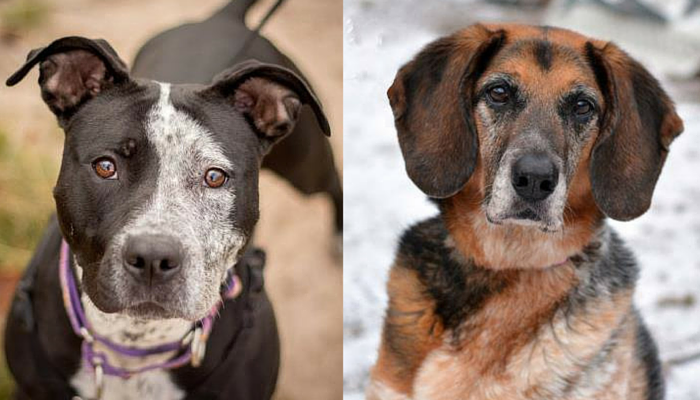 Now through Monday Zappos is covering the adoption fees of dogs & cats at over 150 US shelters, and for every adoption they’re making a matching donation.

See those two cuties above? They’re adoptable through UPAWS, one of the eligible shelters. Since yesterday they’ve adopted out 24 animals thanks to this awesome promo.

Dude The Snow is Gone

Last weekend we had 12 inches of snow by Sunday morning. Today? It’s all gone. It was nice while it lasted, and as always Laika enjoyed it more than anyone else in the neighborhood. 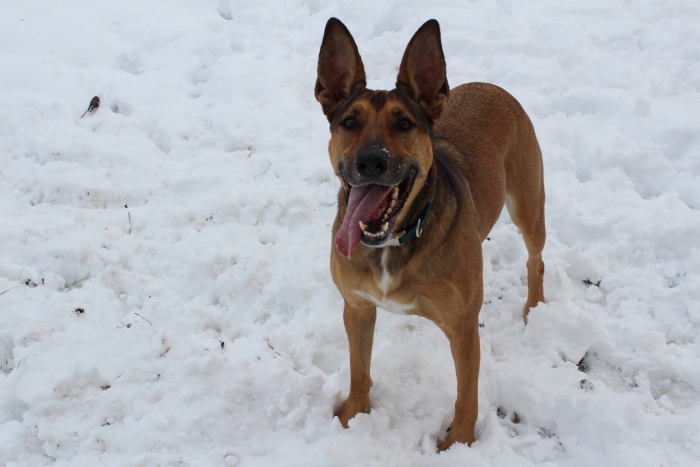 She never gets tired of playing in snow. Ever.

I hope you had a great holiday and enjoy the rest of this weekend. Looking for some good reads to relax with? Here’s my favorite dog articles, deals & videos of the week, I hope you enjoy them as much as I did.

Can Dogs Prevent Anxiety in Kids?
A new study has found that anxiety levels are lower in young children who have dogs at home. Us dog lovers might not need scientific proof, but for anyone that’s said the phrase “just a dog” here’s one more study that proves they’re beneficial to our health.

How to Talk to Your Gynecologist About Euthanasia
Heartfelt story about the difficulties we face when making that dreaded decision, and the realization that not all of us know when “the right time” is.

American Humane Association Clinches Major Victory For Military Dogs
On November 25 the 2016 National Defense Authorization Act (NDAA) was passed by both the House of Representatives and Senate, and has now been signed into law by the president. It mandates that military dogs will be returned to the US upon retirement, and that their handlers will be given first right of adoption.

How a Radio Show Changed How We Train Dogs Forever
Open Paw is a program that changes the way shelter dogs are handled, and it’s making it’s way to becoming more widely adapted in the US. It provides shelter dogs with enrichment, training and social skills – encouraging interaction between visitors and the dogs.

Meet McKenzie Rae
Beautiful rescue story from one of my favorite bloggers. I love seeing once neglected dogs being given a second chance, and it’s even better when you get to see for yourself how it makes a world of difference to animals in need. If you love happy endings check out the sweet video updates, proof that we do indeed make a difference by supporting rescues & shelters.

Muzzle Bylaw Forcing Richmond Couple With Blind Pit Bull to Move
In Richmond if you own a pit-bull type breed you’re required to have them muzzled in public. Laws like these are called breed specific legislation (BSL), and they’re discriminatory towards dogs that look a certain way, not based on any individual dogs behavior or history. So a Richmond couple decided that rather than make their blind Staffordshire Bull Terrier mix wear a muzzle (which would effect the way she gets around with her snout & whiskers) they’re going to move. BSL doesn’t keep communities safe, responsible pet ownership does. 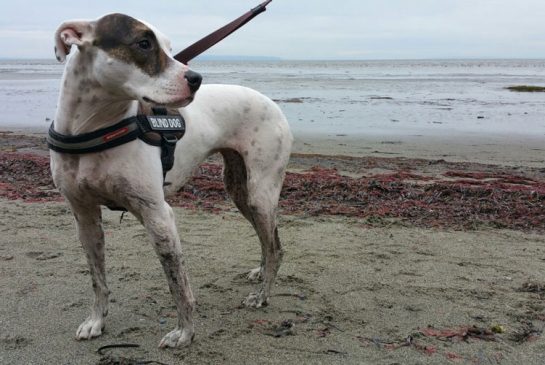 Rather than muzzle their blind dog Peanut, one Richmond couple made the tough decision to move to another city. BSL laws are enforced against dogs based on appearance, regardless of a dogs disposition or history.

Best Deals of the Week

Going to be doing some online shopping this week? Check out the holiday dog deals page, it’s been updated with lots of new great deals on dog toys, treats & supplies.

Favorite Videos of the Week

Feeling a warm touch for the first time via The Dodo

Canine point of view on an outdoor wedding.