You are here: Home / Dog Training / To Anyone That’s Had a Bad Day With Their Reactive Dog 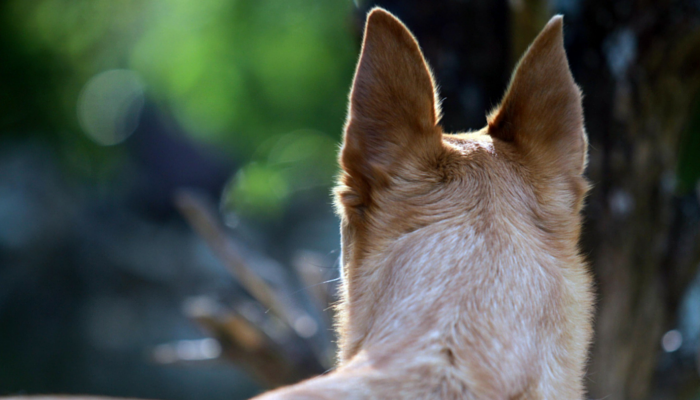 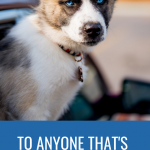 Laika is reactive, yet I don’t write about it much.

It’s partly because in the back of my mind I’m worried about adding to the stigma that surrounds shelter dogs. I realize it should be a non issue. I’m pretty sure that anyone who reads this blog knows that dogs are dogs, regardless of where they came from.

But mostly I don’t write about it because managing Laika’s reactivity is an ongoing process. There’s nothing quick or easy about it. Other issues? No problem. She doesn’t resource guard anymore (99% of the time at least), yet when it comes to reactivity we still have a lot of ups and downs.

I’m not discouraged by Laika’s progress, but I am discouraged to write about it. But maybe I shouldn’t be. When I read about other people’s reactive dogs I feel a bit better, and maybe my own tales could do the same for others. The articles I link to at the end of this post are some of my favorite dog articles of all time, and the one thing they all have in common is that they’re all brutally honest about reactivity.

I enjoy writing about solution and/or fact based stuff (or at least things that have worked consistently), but when it comes to reactivity I can’t say I have either. So while I don’t have straight up advice to offer I do have a few words of encouragement. The next time you have a bad day with your reactive dog keep these three things in mind.

You Can’t Control Everything

When you have a reactive dog you live in a smaller world. You walk at certain times, you go to the same places over & over that you’ve deemed ‘safe,’ and you do your best to control your dogs environment at all times. You do your best to keep your dog calm, but sometimes shit happens.

You can’t control everything. You can’t control dumb ass dog owners (DADOs as they’re commonly referred to by one of my favorite bloggers) that have their dogs off leash, and you can’t control all the crap you’re going to run into on your daily walk or trip to the park.

Although you try your best to keep your dog in their comfort zone shit is going to happen. Don’t blame yourself. We can’t control everything, and when it comes to other people being stupid it’s not your fault. We don’t have the luxury of being oblivious to our surroundings, but many people do.

When your dog reacts to something you didn’t plan for try not to get too discouraged. It’s tough I know, but bad stuff is going to happen no matter how much you plan ahead. The little world you’ve created for you & your dog will never be fully impenetrable.

Don’t Compare Your Dog to Other Dogs

My previous dog Carter was the least reactive dog in the world. When meeting a new dog he didn’t have a care in the world. He pretty much ignored them. He was cordial I suppose, but it seemed as if he just turned up his nose at every dog he met. Laika on the other hand, well she doesn’t even posess 1% of Carter’s calm nature when meeting other dogs.

So when I got Laika and started seeing what reactivity was all about I was in complete shock. I’d never dealt with anything like that before. What in the world is this crap? A dog that doesn’t know how to greet others? A dog that lunges towards everything that moves? A dog that barks at every single dog we pass?

I realized pretty quickly that she was nothing like Carter (or any other dog I’ve had). I had to stop comparing Laika to Carter, and I had to stop wondering why she couldn’t just snap out of it and be more easygoing. I had to deal with the issues at hand, and manage the dog in front of me.

I still need to remind myself that not all dogs are the same, not even the reactive ones. What sets one dog off is not the same for another, and those reactions vary. I’ve read a few stories of dogs overcoming their reactivity, but those aren’t the stories I relate to. I relate to the stories about the struggles, guilt & frustration of owning a reactive dog.

My dog probably won’t get to go to the dog park, compete in a sport, or have a puppy party; and I’ve come to accept that.

I celebrate our accomplishments, even if they’re “small.” Laika can now walk by bicycles without a problem, and I’m thrilled. Small dogs, well those are still a problem, but we’re working on it.

She doesn’t seem to mind horses that much anymore, but the donkey down the street? Well he’s still a problem. She’s doing well around the neighbors ducks; the chickens are another story.

Each dog is an individual, and their progress will vary. While some owners seem to have found a ‘cure’ for their dogs reactivity that’s not the case for us. I’ve come to accept that for Laika’s reactivity will require life-long management. I’m committed to her, and I’ll do everything in my power to keep her comfortable, safe and happy. We’ll continue to make progress, and rather than hoping for a magic cure we’re going to keep chugging along at our own pace. 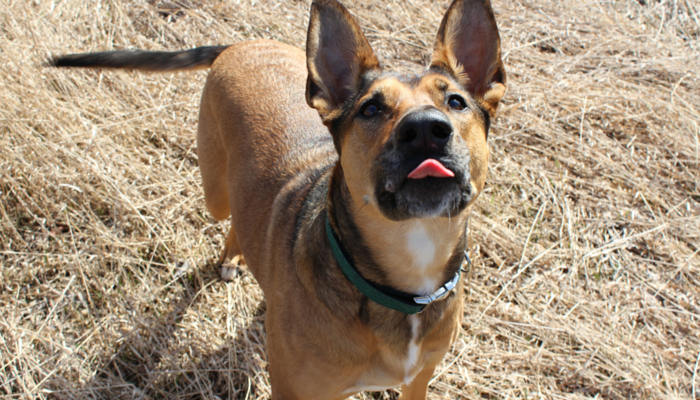 Laika will never visit the dog park; but we still have a lot of fun in the little world we’ve created.

You Are Not Alone

Managing a reactive dog can be a lonely place. Avoiding the park, walking at 4am, having to walk away in the middle of a conversation because you see another dog approaching in the distance. It’s an isolating feeling, and it’s easy to get jealous when everyone else looks so carefree.

You see everyone else having fun at the park, enjoying their afternoon walk & engaging in long conversations with neighbors as their dogs hang out. But you? Well you’re at home trying to keep your dog busy indoors while preparing for your 11pm walk.

It’s normal to feel isolated when you have to micro-manage your environment. Having to prepare that much for every excursion with your dog is exhausting and stressful.

If you have a reactive dog I highly recommend checking out these awesome articles (or bookmark them for later, seriously you need to read them). They’ll help reinforce the fact that you are certainly not alone when it comes to your reactive dog. 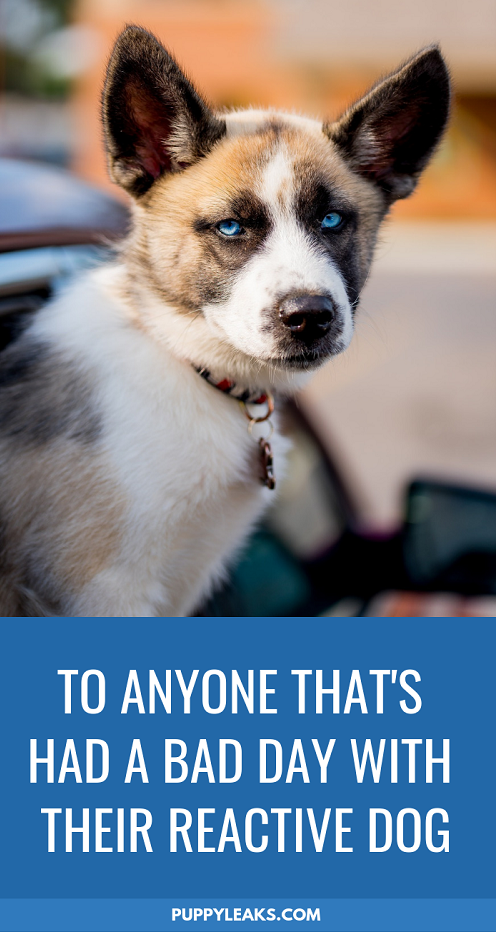 Resource Guarding: Understaning The Behavior
How I Finally Understood the Importance of Patience in Dog Training
5 Benefits of Hand Feeding Your Dog
The Benefits of Playing Tug With Your Dog
2352 shares
« 5 Skills You Can Teach Your Dog Through Play
Roundup 60: Favorite Dog Articles & Videos of the Week »