You are here: Home / Roundups / Roundup 31 – Favorite Dog Articles of the Week 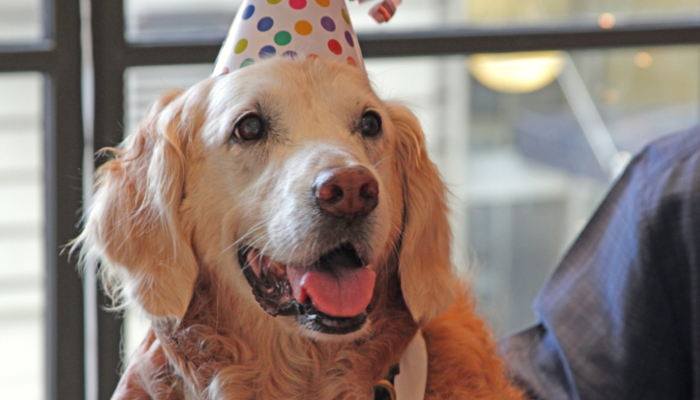 I am in the middle of a frustrating week of intermittent internet access – oh the things we take for granted. So no extra Laika photo this week, I’m getting straight to the point before it goes out again. Have a great weekend and give your stable internet access a hug from me.

Here are my favorite dog articles of the week, I hope you enjoy them as much as I did.

You Don’t Have to Go Through The Door Before Your Dog!
One of those myths that’s still around to this day has always bothered me; you must walk out the door before your dog to be a good pack leader. I’ve never quite understood why we can’t just teach our dogs to stay when needed, and why the door seems to be such a sticking point for many. Great post that explains why the myth is just silly.

Repeating Cues: Information or Affect?
No matter how many times I’ve read that repeating commands isn’t ideal I still catch myself doing it. Why is that pesky habit so hard to break? Great article that looks at not only what we say to our dogs, but how we’re saying it.

The Bloodstained Terrible Towel
Amazing read on why there’s such a great divide in regards to Michael Vick being signed to the Steelers. I couldn’t imagine living in Pittsburgh and having to hear “this is just about football” or “he did his time” comments all day long. Perhaps this makes it clear that there’s a big misunderstanding of how horrible his abuse to dogs was, or just a sign that many believe it doesn’t matter since they were “just dogs.”

Extreme Beta-Cell Deficiency in Pancreata of Dogs with Canine Diabetes
Recent study that found a lot of key factors into the causes of canine diabetes, which until now has been highly unknown. Scientists found similarities between dog & human diabetes that doesn’t exist in rodents. The study found that canine diabetes develops much like type 1 diabetes in people, but often does so much later in life.

Does the Breed Make the Dog? Or, Is There More to the Story?
When it comes to speaking on behalf of dogs I’m a big advocate of the “each dog is an individual” opinion. Fascinating look, with a great podcast, on how much breed influences the dog versus how much of that behavior is based on us, their owners.

Does Comforting a Scared Dog Reinforce Their Fear? (Answer: Who Cares?)
This is such a highly debated topic, and it’s refreshing to see a post that looks into the common assumption that comfort reinforces fear even further.

How chill is this dog, seriously? Yeah there’s a bird pulling my fur, no big deal…

Such a cute reaction.

And last, but not least a new Hope For Paws rescue.

« Are Squeaky Toys Too Stimulating For Your Dog?
Dogs & Humans Can Estimate a Dogs Size By His Growl »