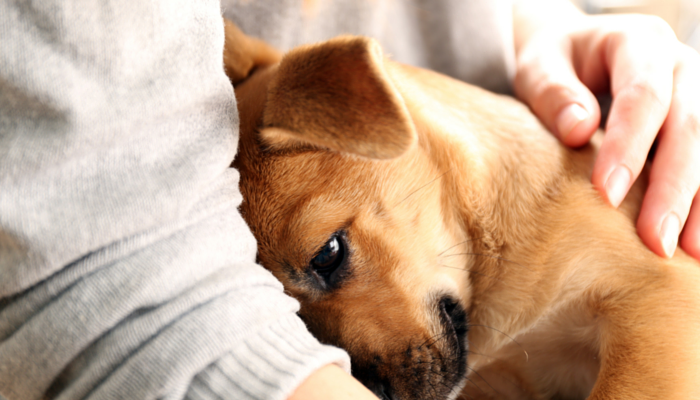 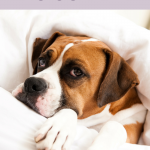 Does your dog like to cuddle? My dog certainly does, and she’s quite happy being a 70 pound lap dog. But not all of my previous dogs were big on cuddling. What makes her different? Why didn’t my other dogs love to cuddle?

And before we begin I want to clarify one thing; this article is about dogs & cuddling, not hugging. There’s plenty of controversy over whether or not dogs like hugs. This isn’t about that.

This is about cuddling. Those moments when our dogs choose to be right next to us, the times when our dogs initiate closeness to us. So why do dogs like to cuddle anyway?

Why do dogs like to cuddle? The biggest clue as to why dogs enjoy cuddling comes from the definition itself: “to cuddle is to hold close for warmth or comfort or in affection.”

If you’ve ever seen a puppy pile you know how adorable it is. But aside from being the cutest thing ever it makes sense from an evolutionary standpoint. Puppies snuggle with one another to keep warm. When you get cold you can snuggle up under a blanket or put on some extra layer, for our dogs it’s not quite that simple.

Cuddling with humans was an important part of canine domestication. Early dogs helped us hunt and alerted us to danger, but we also helped each other out by cuddling and keeping each other warm. In fact, the term “three dog night” refers to those really cold nights when humans had to cuddle up with 3 dogs to keep from freezing to death. 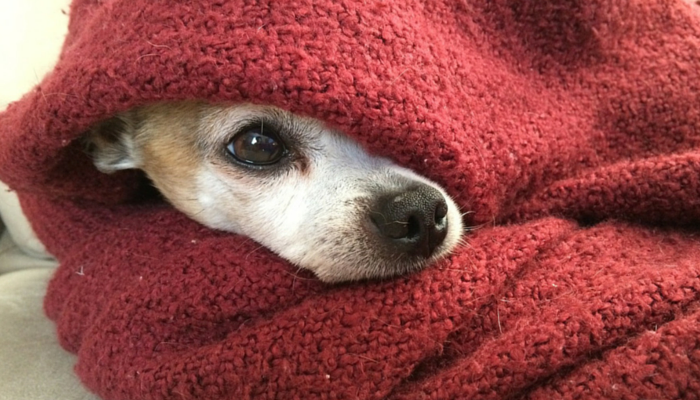 For thousands of years dogs and humans have been cuddling up with each other to stay warm.

When it comes to dogs cuddling isn’t just about warmth — it’s also a way to show affection. Cuddling, and showing affection in general, is one way in which our dogs strengthen their bond with us. Researchers have even found that bonding with their owners is more important to dogs than it is to other pets (sorry cat lovers).

The long evolutionary relationship we’ve had with dogs has reinforced many of the traits we see today in our pet dogs. We have a very intimate bond with our dogs, and that feeling seems to be mutual. There’s a special bond between humans and dogs, and it’s demonstrated by the amount of affection we show one another, and that includes cuddling up together.

The Science Behind Why Dogs Cuddle

Cuddling is also a great stress reliever. Petting and talking to a dog for just a few minutes has been shown to increase oxytocin levels in both dogs and humans. Oxytocin, often referred to as the love hormone, is associated with social bonding and trust. New research found that human-dog interactions can elicit the same positive hormonal response that mothers have with their infants.

Mutual gazing had a profound effect on both the dogs and their owners. Of the duos that had spent the greatest amount of time looking into each other’s eyes, both male and female dogs experienced a 130% rise in oxytocin levels, and both male and female owners a 300% increase. – How Dogs Stole Our Hearts

Researchers suggest that the strong ability of dogs to bond with humans played a crucial role in their domestication. The theory is that in the wild the dogs that were able to bond with humans were the ones that received human care and protection. And yes, much of that bonding surely included cuddles. 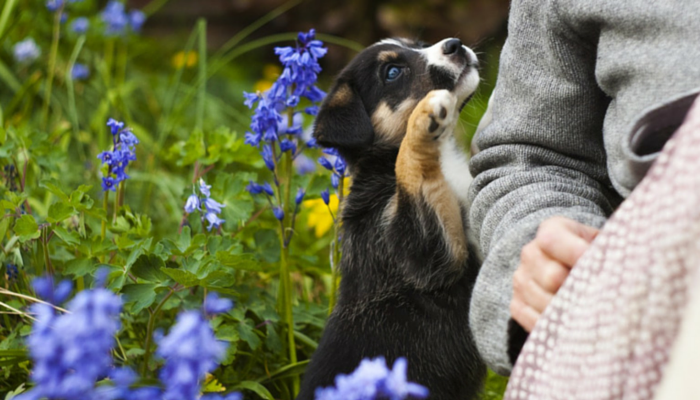 The ability of dogs to bond with their owners is thought to be a major role in their domestication.

Why Do Some Dogs Cuddle More Than Others?

So why do some dogs like to cuddle more than others? Well genetics is certainly one part of it. Some dogs have been bred to be independent and less affectionate, while others are bred for the opposite.

Certain breeds such as the Maltese, Pomeranian and Yorkshire Terrier have been bred to be lap dogs. Lap dogs are small enough to be held in our lap, and to have a temperament predisposed to do so.

But there’s more than just genetics at work. Some dogs are just more affectionate than others. Some dogs don’t cuddle much, if at all. My previous dog Carter had a funny way of showing affection. He was a total velcro dog (followed me around everywhere), yet he wasn’t fond of cuddling. At least not when touching was involved.

He’d get up on the couch with me, but he’d stay a few inches away. I called it his ‘personal space’ issue. Now when bad weather was on the way? He’d jump into my lap in a heartbeat. So he’d still come to me for comfort when he was afraid, but daily cuddles weren’t his thing.

Dogs have their own unique personalities, and not all of them are super cuddly or affectionate. Dogs are just like people in that way; some people love hugs, and other are a little more standoffish.

Why Your Dog Cuddles Less in the Summer

Some dogs don’t like to cuddle because of the heat. Laika loves to cuddle, but there’s a definite slow down when it comes to cuddle time in the summer. Our dogs have a higher body temperature than we do, and it’s harder for them to cool down. And since cuddling produces a lot of heat your dog might not cuddle much when it’s hot out because they’re just trying to keep cool. 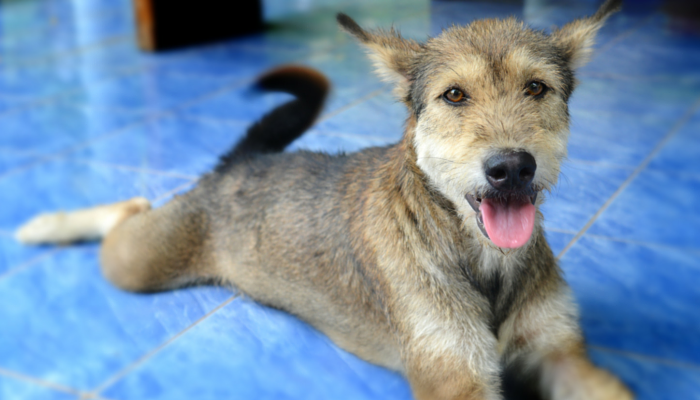 Does your dog cuddle less in the summer? Don’t take it personally, your dog is just trying to keep cool.

Is your dog super affectionate? Does your dog cuddle with you on a daily basis? Do you enjoy cuddling up with your dog in the winter? Let me know in the comments below. 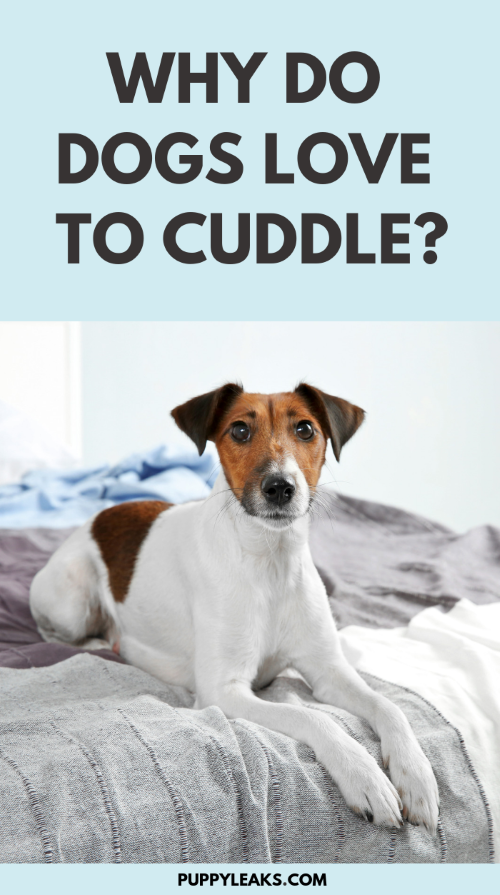