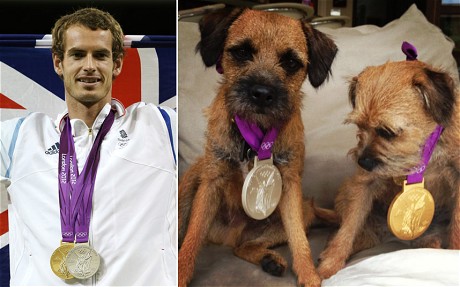 Last updated on July 4, 2014 By Puppy Leaks Leave a Comment

The BBC has reported that Wimbledon Champion Andy Murray rescued a dog on his way to Wimbledon. He was on his way to practice yesterday when he spotted a loose dog along the side of the road. Murray stopped his car and started to direct traffic away from the dog until he managed to get it into his backseat. He called the number on the dogs tags and the lucky pooch was reunited with his owners. Ironically enough the dog uses the same walking facility that Murray’s two dogs use.

Murray is no stranger to the canine community.  He has his own twitter page for his dog Maggie May.

« Death of 20 Dogs at Arizona Kennel
You Want A German Shepherd? »