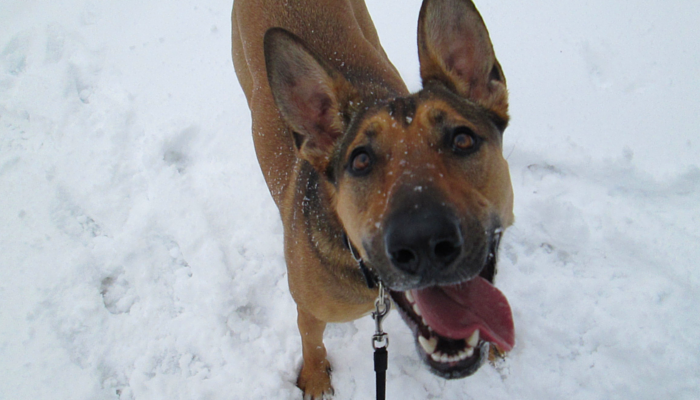 Last updated on December 4, 2021 By Puppy Leaks Leave a Comment

Woke up this morning to find that all of that beautiful snow was gone. That means it’s time to start getting muddy – well at least until it freezes again.

Laika doesn’t mind the mud, and at times she’s oddly drawn to it. She’s prone to sudden fits of “stop, drop & roll” while out on walks, and when that’s done in mud well I’m sure you can imagine how fun that is to clean up. I don’t know if those mud puddles are particularity smelly or what, but dogs certainly love the mud, don’t they?

Oh well, the snow was nice while it lasted. 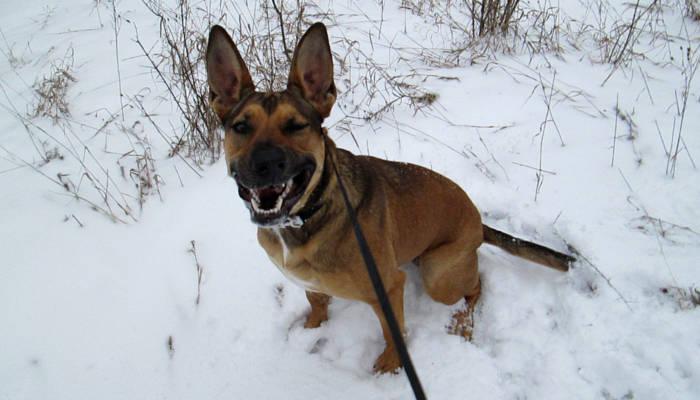 From service dogs that help with PTSD to dogs learning from one another here’s my favorite dog stories, deals & videos of the week. I hope you enjoy them as much as I did.

Fido-Friendly Shelter Helps People & Pets Escape Domestic Violence
Imagine trying to start your life over after enduring abuse, but being told that your pet can’t come along. This awesome shelter in New York understands that pets are part of the family & that they provide comfort for families going through tough times.

Based on a study conducted last year, residents fleeing abuse overwhelmingly said that URIPALS not only allowed a way out, the program provided families a way to stay together, as pets are considered members of the family. Having their pets with them serve as a kind of therapy.

5 Reasons Why I Won’t Write Off Traditional Veterinarians
Great list of why we need traditional vets, and why it’s reasonable to have open discussions with your vet about concerns over vaccinations & nutrition rather than write them off. There are many variables involved when it comes to our pets health, not just nutrition.

Dr. Campbell made an excellent point during our morning chat:  People are more willing to trust a veterinarian about their dog’s health, but not their dog’s diet.  I’ve been guilty of this in the past.  What changed for me was when our traditional veterinarian said he trusted that I’d do my homework on our dogs’ diet.

Doggie See, Doggie Do?
Fascinating look at social learning (or observational training) and how dogs seem to have the ability to learn new behaviors by observing what other dogs are doing. I think anyone whose ever owned more than one dog at a time can tell you they share all sorts of information with one another.

The dogs who had the opportunity to observe a demonstrator dog perform the new exercises were significantly more likely to succeed at the same task when asked to perform it. Specifically, 62.5 % of the observer dogs were successful compared with 23.5 % of the control dogs.

Service Dogs May Help Veterans With PTSD, But the VA Won’t Pay
For the thousands of veterans who suffer from this “invisible” illness a service dog provides so much comfort & help, yet they’re not covered by the VA. Citing lack of clinical evidence of their effectiveness many veterans have to pay out of pocket or fundraise for a service dog. The VA stated in March 2015 that they were restarting the study, let’s hope it gets done this time.

Jay Springstead, who lives outside Dallas, still has nightmares from combat in Vietnam 40 years ago. “A service dog for post-traumatic stress can actually help you get out into the public and regain some of that independence that you’ve lost,” he says.

Laika had a strong reaction to this video – as in barking at the screen. Maybe she doesn’t find this sort of teasing very funny.

This guy knows what he wants in life…. more tummy rubs