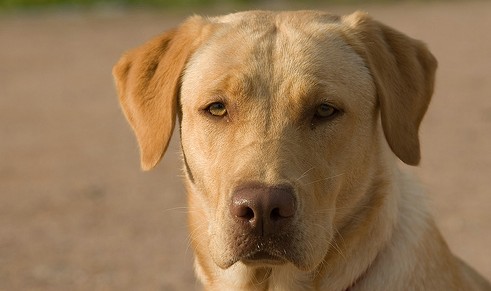 Police in Rhode Island and Connecticut have trained police dogs to sniff out hard drives and other technological devices used to store child pornography. The program is being used to combat a growing problem of child pornography traffickers.

A 2 year old Labrador named Thoreau is credited with sniffing out a hidden thumb drive last month during his first assist in a search. The drive contained child pornography; it was hidden four layers deep inside a metal box inside of a metal cabinet. That discovery led to an arrest warrant.

Thoreau was trained by the Connecticut State Police. He received 22 weeks of training alongside seven other Labrador Retrievers learning how to detect devices in exchange for food. Detective Adam Houston of the Rhode Island State Police told the Providence Journal: “If it has a memory card, he’ll sniff it out.” The program is made possible through a partnership with Guiding Eyes For The Blind, which raises and supports the animals.

Currently Rhode Island and Connecticut are the only two states that use dogs to sniff out memory devices in searches. If the program continues to prove successful similar initiatives could be rolled out across the rest of the United States.