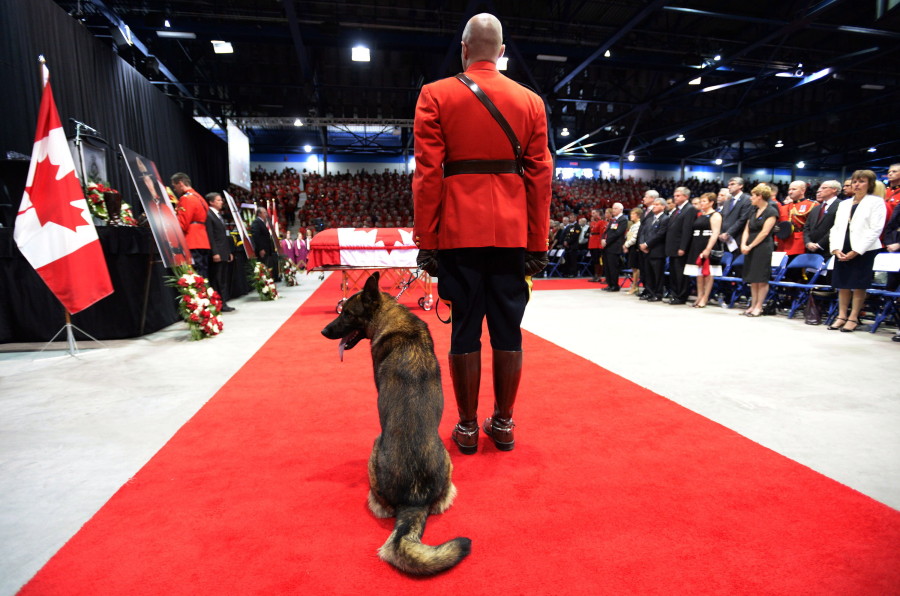 Danny, the police dog of RCMP Constable David Ross is going to keep on serving.  Davis Ross was one of three New Brunswick mounties killed in the line of duty last Wednesday after responding to a report of a firearms violation.  Two other officers were wounded and have since been released from the hospital.  Justin Bourque, 24, was caught after a 30 hour man hunt, he’s being charged with three counts of first degree murder and two counts of attempted murder. 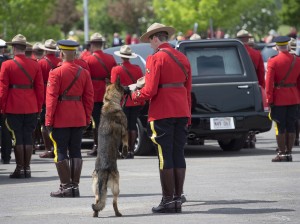 Danny was David Ross’ service dog, the pair had been working together since April 2013.  The RCMP said it doesn’t seem like Danny shouldn’t have to stop working, it’s something he loves to do.  When a new partner is chosen for Danny the pair will start a 3 week training program together.  It’s rare for a dog to be given a new handler but it’s not unheard of, it’s happened when an officer retires or leaves the dog handling program.

Danny broke the nation’s heart at David Ross’ funeral, he was heard whimpering during the procession.  At one point he jumped up to smell Ross’ stetson.

9% of Dogs in Texas Found to Carry Kissing Bug Disease
Marine Reunited with Military Dog
Texas Dog Gives Birth to 17 Puppies
« Dogs Driving – A Video Guide
11 Dog Memes: This is Why We Can’t Have Nice Things »