You are here: Home / Dog Articles / Police Dog Put Down After Being Labeled A Pitbull 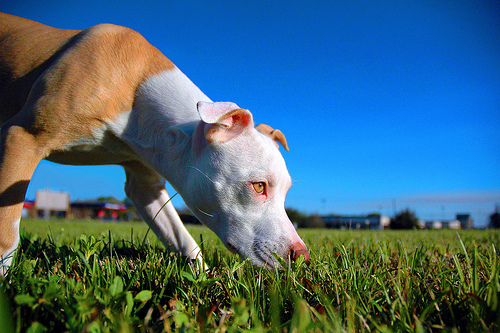 Police Dog Put Down After Being Labeled A Pitbull

Last updated on February 17, 2016 By Puppy Leaks Leave a Comment

Police Dog Put Down After Being Labeled A Pitbull

In another case of the problems that breed specific legislation creates a dog that being trained for police duty has been euthanized due to his appearance. 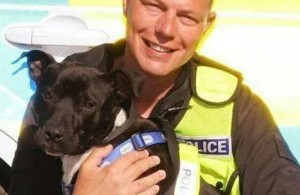 A dog in Great Britain that was being trained for police work has been euthanized after Dog Legislation Officers labeled it a Pitbull. The Avon and Somerset Police Department rescued the dog named Tyson from the RSPCA. They’d been working for months with him training him to be a nose work canine for the department.

While Tyson was completing his training he appeared on a local television show called Dog Rescuers. Since his appearance he was determined to have the physical characteristics of a Pitbull and was returned to the RSPCA Rescue Center. Since he was labeled a dangerous breed the center had to euthanize him.

“The outcome has devastated both police dog handlers and RSPCA staff who cared for and trained Tyson over a number of months,” the Avon and Somerset Police Department said in a statement. Pitbulls have been banned in the U.K. and Wales since 1991. Unfortunately there aren’t any DNA tests to prove a dogs breed so officers rely on physical characteristics. Dogs are branded a dangerous because of the way they look, even though their behavior might not pose any risk. In the United States there are at least 57 municipalities with Breed Specific Legislation (BSL) in place. A lot of leading animal rescue organizations including the ASPCA have denounced the use of BSL. The White House also took a stand against BSL last year.