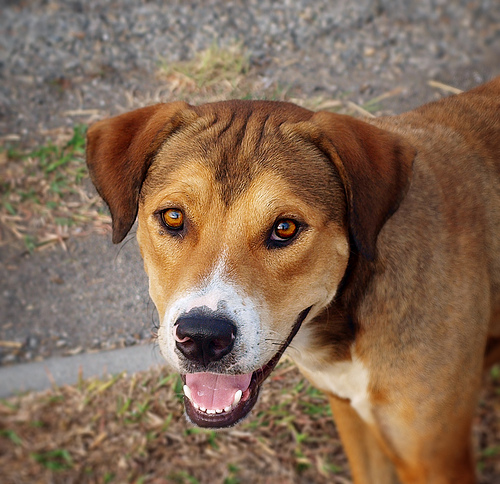 Last updated on January 4, 2015 By Jen Gabbard Leave a Comment

Athena, a Lab/Beagle mix went missing two years ago.  Her owners, Kevin & Rachel Rotz went out every day for over a month looking for her.  The hung fliers, posted on social media outlets, checked shelters.  Eventually they started to assume the worst.

On June 5th Athena was caught by animal control and taken to Crystal Creek Boarding Kennel.  There they found out she wasn’t a stray, she was lost.  The microchip identified her owners.  The Rotz’ were reunited with Athena on Monday.  Read more at JCOnline.