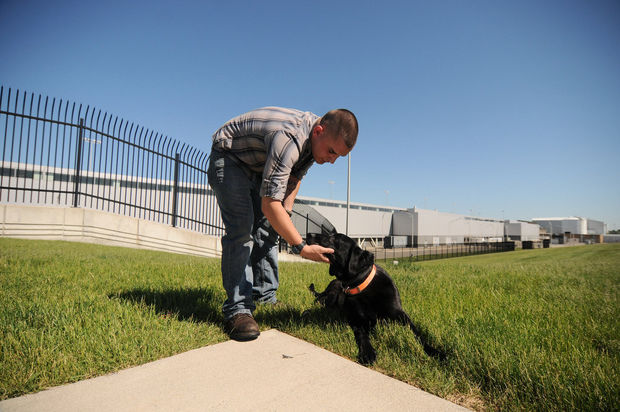 Last updated on March 23, 2016 By Puppy Leaks Leave a Comment

After 4 long years a Michigan veteran has been reunited with his military dog.

Detroit, MI – U.S. Marine Corps veteran Jeffrey DeYoung greeted Cena at Detroit’s Metro airport on Thursday, they hadn’t seen each other in over 4 years.   Cena is a retiring explosive detecting dog that served with DeYoung in Afghanistan.  DeYounge is going to adopt Cena, who has completed his military service.  The American Humane Association & Mission K-9 Rescue are working together to get military dogs home to their former handlers.  Read more at MIlive. 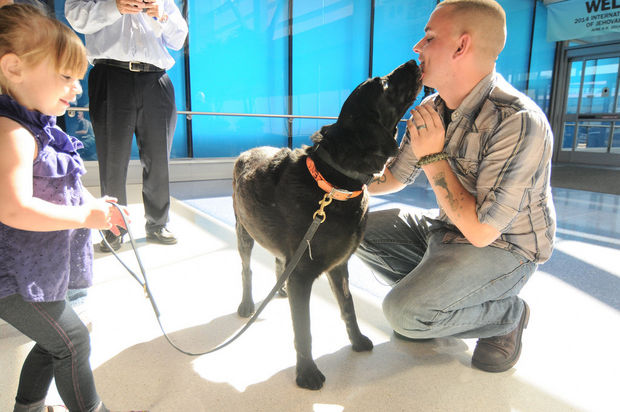