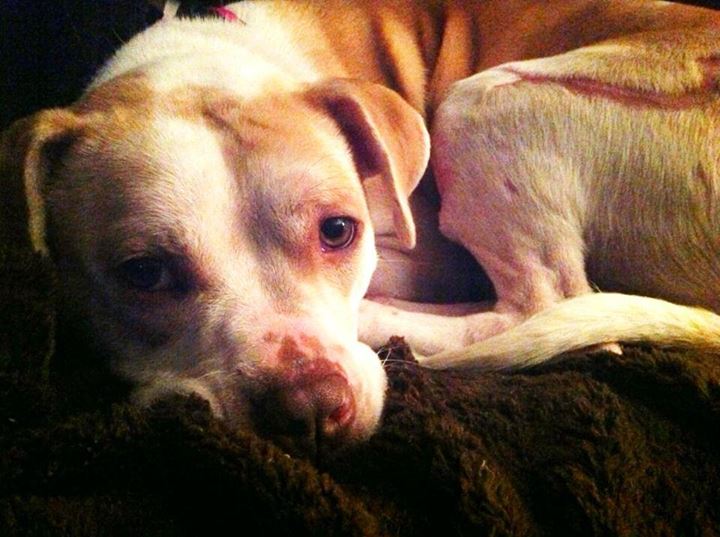 Last updated on October 7, 2014 By Puppy Leaks Leave a Comment

A South Carolina man was sentenced Tuesday morning after admitting he dragged a dog behind his truck for at least 2 miles. Roger Dennis Owens of of Greenville South Carolina will be spending at least 10 years in prison after he was handed the 5 years maximum sentence for the ill treatment of animals and 5 more years for additional traffic violations. 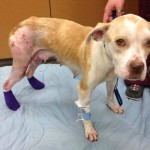 Judge Letitia Verdin told Owens he did one of the cruelest things she had ever seen before she handed out the sentence Tuesday morning. Prosecutors state that Owens tied the dogs front legs to the back tailgate of his truck and then sped up, forcing the dog to run on its two hind legs on the pavement. He dragged the dog for at least 2 miles even after witnesses called out for him to stop.

Two witnesses followed a trail of blood left by the dog until they found the dog severely injured and abandoned in the middle of the road. The dog who has since been named Andra Grace was taken to a local veterinary clinic and treated. She was wrapped in blankets, tendons and bones exposed when she arrived. A fundraiser was set up help to help pay for her treatments which amounted to over $16,000.

Owens’ defense attorney stated her client had been drinking and didn’t realize what he was doing. He panicked when he realized what had happened and left the dog in the road. Judge Verdin didn’t show any sympathy for the defendant.  “About the best defense you can put up about what you did on that day was that you were driving drunk,” she said. “It’s just horrible.”

Since the incident Andra Grace has recovered from her wounds and has since been adopted. You can see more of her progress at the Justice for Andra Grace facebook page.