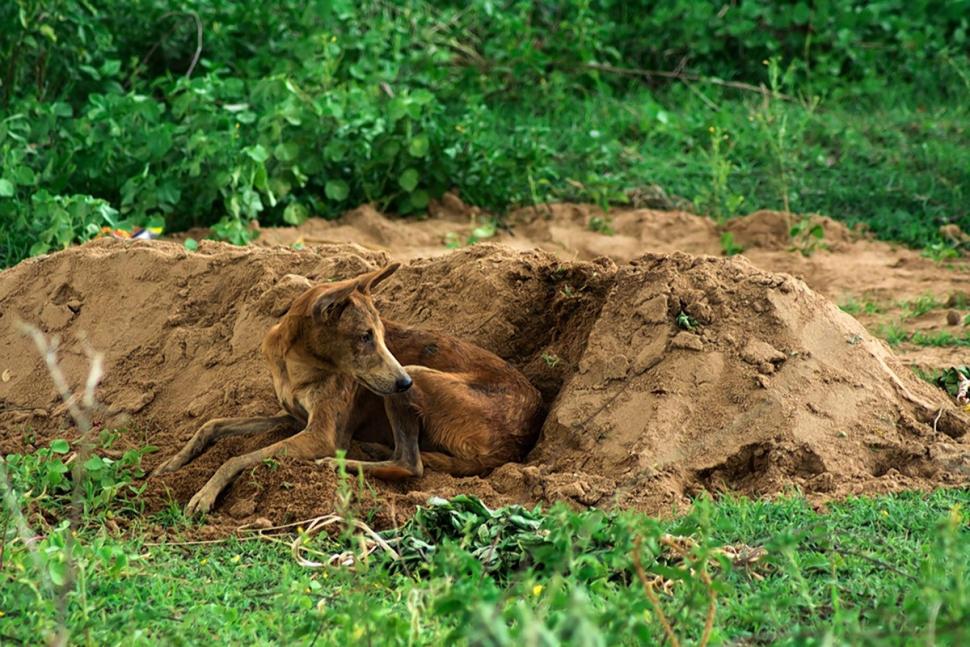 Bhaskar Shri, 18, died in a car accident on August 2. He was buried in Chennai, southern India. His loyal dog, Tommy, refused to leave his grave site for over two weeks.

The loyal dog spent 15 days guarding his owners grave, going without food or water. Shri adopted the dog 5 years ago and the two quickly became inseparable.

“Everyone who saw him was inspired by his love for his master. He wouldn’t even leave to eat. He just scratched at he ground and whined, it really was a sad sight,” said Blue Cross volunteer Dawn Williams.

“He was skin and bones and very weak but still he refused to leave. People were trying to tempt him with food and water, but he just wasn’t interested. He never took his eyes off the grave.”

The dog finally left when Shri’s mother, Shrimati Sundari came to visit her son’s grave. When the dog spotter her he jumped up and started licking her. She was able to encourage to dog to leave with her.

Sundari said Tommy disappeared after the accident on August 2. She thought he’d found another home. She’s happy to have him back and says he’s a loyal friend and she’s going to keep him as a reminder of her son.

“It was quite sad seeing them walk off together. But I was glad they were reunited. I’m sure Tommy will help Shrimati with her grief, dogs; are amazing in times of emotion” Williams said. 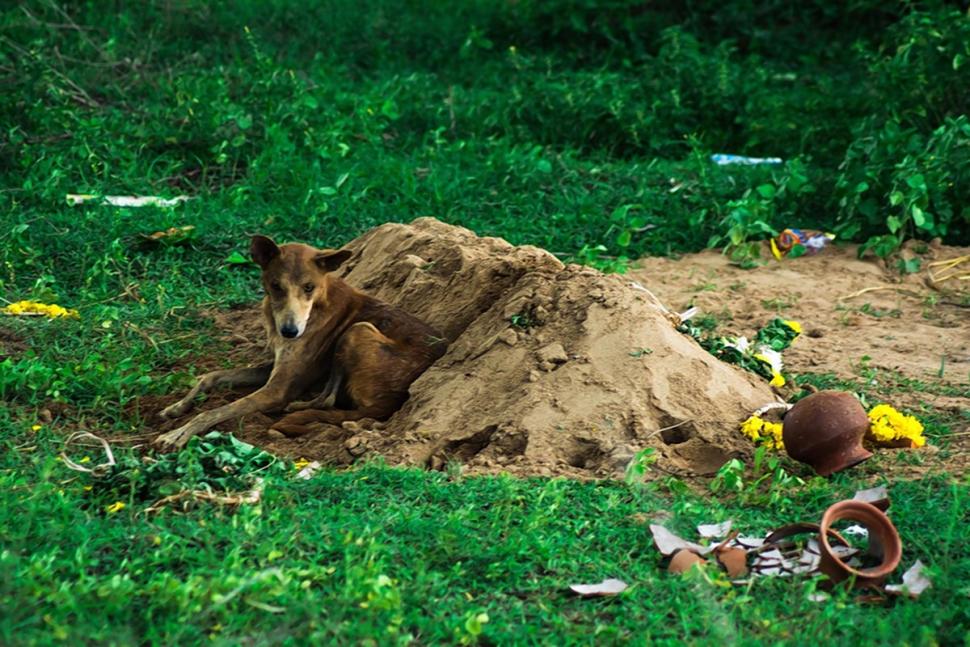