You are here: Home / Shelters & Rescue / Dog at Shelter Too Frightened To Move 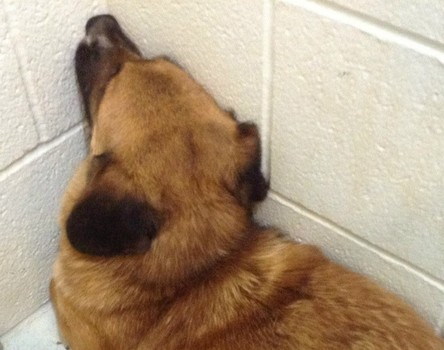 Dog at Shelter Too Frightened To Move

Last updated on December 29, 2017 By Puppy Leaks Leave a Comment

Update – Russell has been adopted  but his the other 6 dogs he was surrendered with still need homes.

Shelter Dog Too Frightened To Move

An owner surrendered seven dogs to the Carroll County Animal Shelter in Kentucky.  Russell, one of the seven dogs surrendered has been too frightened to move since he arrived at the shelter.  His fear is making it impossible to gauge his personality and evaluate him.  When he’s approached by any of the shelter workers he remains in the corner hiding.

As of this morning there has been no interest in Russell as far as adoption goes.  The shelter he’s at is in a rural area of Kentucky with very few visitors.  They have a low adoption rate and Russell’s chances of getting out aren’t looking good.  If you have a spare minute please network for Russell – you can simply share the facebook thread.

You read more at the Examiner.